Opening Up About My Struggle With Endometriosis 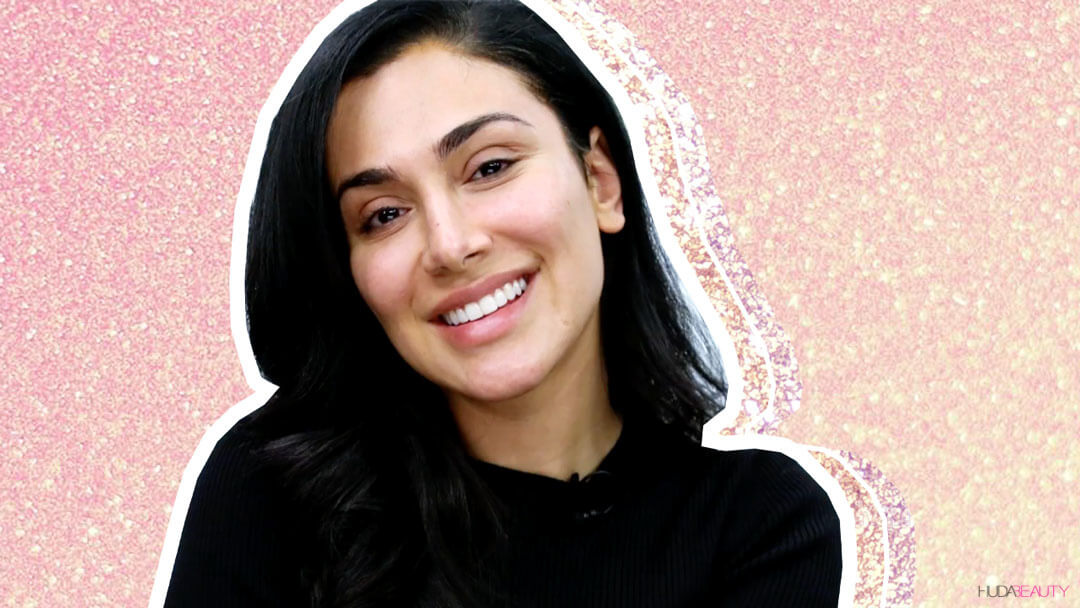 Hey my loves! As you guys know, I always try to be open about my life and the experiences I’m going through, whether it’s filler or something more personal, like my struggle with self-love. I always want to be honest with you guys and create a community that’s genuine and authentic.

Today I wanted to talk to you about an extremely personal issue – endometriosis. About six months ago I discovered I have endometriosis and polycystic ovary syndrome (PCOS), and it’s been a really difficult process, but it’s also been life-changing. I now understand the changes that are occurring in my body and I’ve been able to take action.

My Experience with Endometriosis

I’ll be real with you guys, I’ve always had regular periods and no real issues with my female health, which means going to the gyno regularly isn’t something I do, as I didn’t really see any need to. I’ve always had painful periods, but I just thought this was part of life. I also knew that I had cysts from a previous ultrasound (they’re also genetic), but when I visited the gyno for a checkup, I discovered I had way more cysts than I thought. Due to the number of cysts, my gyno ran more tests and I was diagnosed with polycystic ovary syndrome and endometriosis. I don’t know why it took me so long to go to a gyno and I wish I had gone sooner.

Once I realized I had endometriosis, it explained SO much! I was experiencing many of the common side effects of endometriosis and had done my entire life – thick body hair in some areas and hair loss at the front of my hair, not to mention very painful periods and unexplained weight gain.

All of a sudden, a simple diagnosis made sense of all of these things I had been struggling with. I really wish I had gone to see a gynecologist sooner, so if there’s one thing I would really urge you guys to do, it’s to get regular checkups! Now that I know, I also know there’s a chance my daughter may have endometriosis, which means it’s something we can be aware of and treat at the first signs.

Endometriosis is actually way more common than I thought – apparently, 11% of American women between 11 and 44 have it – but a lot of women don’t realize they have it. So, I think even if you feel okay, it’s worth going to see your doctor or gyno regularly to check your hormones and ovaries.

As well as sharing my experience with you guys, I also wanted to give you guys all the info on endometriosis, so we got in touch with three world-renowned gynecologists; Rebecca Booth, M.D. Gynecologist, Co-Founder of VENeffect Anti-Aging Skin Care, Dr. Sherry A. Ross, Women’s Health Expert and Author of she-ology. The Definitive Guide to Women’s Intimate Health. Period, and Mary Jane Minkin, Professor in the Department of Obstetrics, Gynecology, and Reproductive Sciences at the Yale University School of Medicine. If you’re not sure what endometriosis is or how it might affect you, it’s worth reading about it so that you can look out for signs. Here’s everything you need to know:

“Simply put, endometriosis occurs when the lining of the uterus (the endometrium) is displaced and ends up in areas that it shouldn’t be,” Dr. Booth tells us, explaining that places that the endometrium can spread to other than the uterine cavity include “the surface of the ovaries or in the hollow sidewalls of the pelvic space itself.”

Dr. Booth also tells us that as endometriosis progresses, sometimes it syncs with your period; “Menstrual glands actually begin to grow and may cycle with a woman’s hormones. The displaced endometrium will begin secreting inflammatory molecules and even blood when a woman is in the menstrual phase of her cycle. This can cause pain, worsening cramps, pain with intercourse, and many other symptoms of inflammation in the pelvis.”

This can also cause inflammation in the pelvis, which Dr. Booth says “May have a negative impact on future fertility.” However, she assures us that “most women with endometriosis are fertile.” 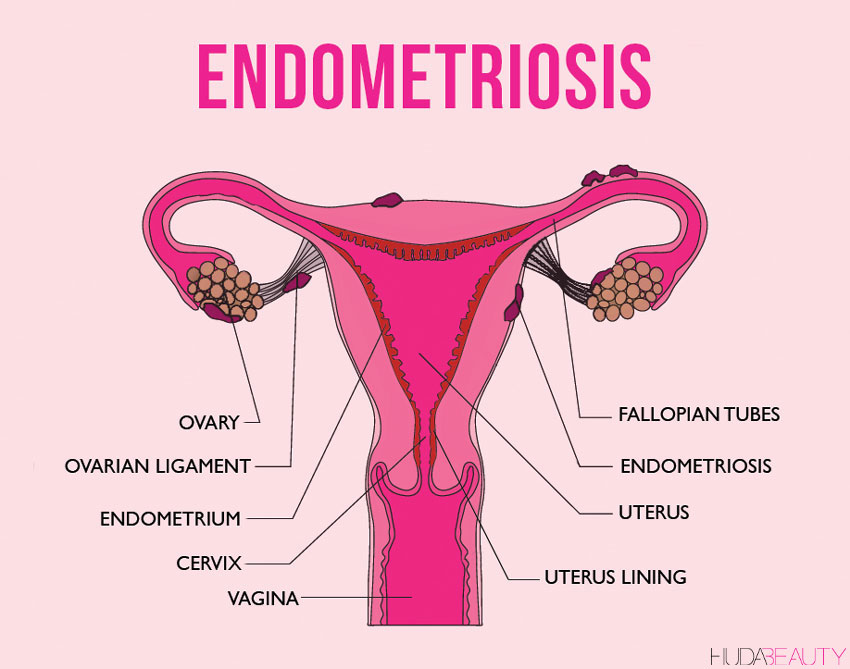 If you’re still a bit confused – understandable, as that’s a lot of science-talk – Dr. Minkin explains it further, telling us “Imagine that with your period, instead of the lining of the uterus coming out of the cervix into the vagina and out again, that it’s backed up (‘retrograde flow’ is the fancy term) into the Fallopian tubes, causing the tissue to be planted all over the pelvis, taking up residence there and bleeding. For example, when you had your period, instead of it coming out the vagina, it bleeds into the abdomen.”

Dr. Minkin adds that while endometriosis is most commonly found in the ovary and the abdomen, it can also “grow in the lining of the lung (pleural) cavity. In those cases, women can actually bleed into their chests.” We know this sounds scary but it just goes to show how important it is to get regular checks to ensure your endometriosis does not progress unknowingly to this stage. If you OBGYN suspects you may have endometriosis, they will perform a biopsy, which involves taking a small tissue sample from the ovaries, which is then examined under a microscope. 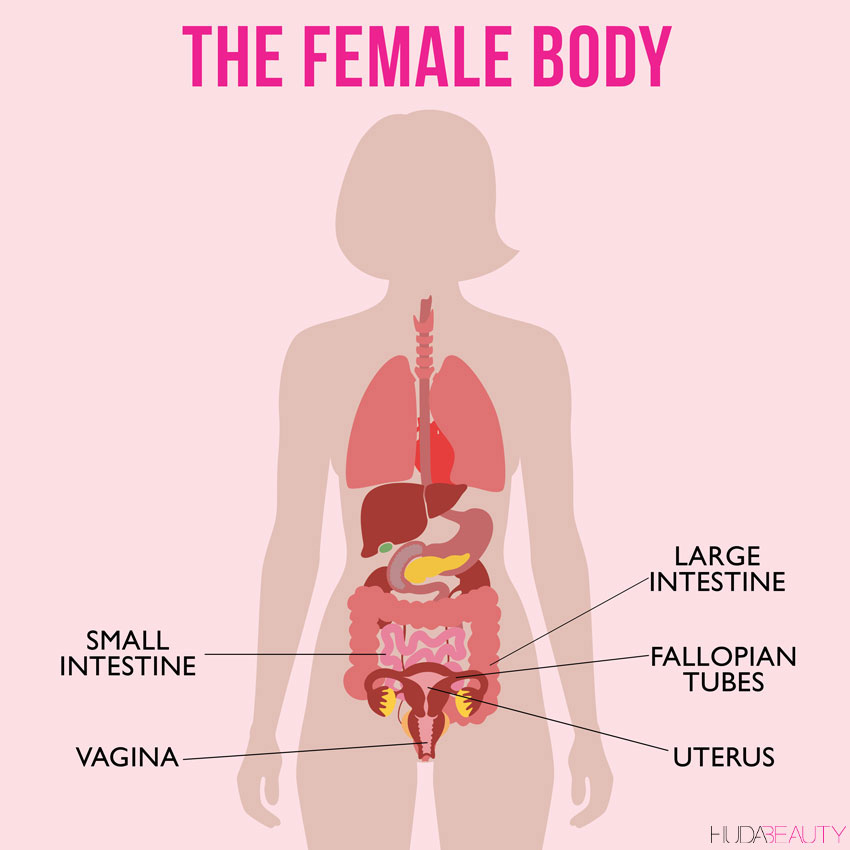 CRAZY FACT: While we were discussing why hormonal issues are so common, Dr. Booth told us “the pelvis and uterus are not prepared for years and years of unsuppressed menstruation,” as the assumption of our body “is that we will be either pregnant or nursing most of our reproductive years.”

While the symptoms and methods of treatment of endometriosis are clear, the cause still remains undetermined. Dr. Ross explains: “Some believe it’s due to an immune system disorder while others believe your period blood backflows into the pelvic cavity leaving endometrial glands behind.”

Painful periods: As well as extreme pain and cramps in the pelvic region during periods, you may also have pain before and after your period as well as lower back pain

Pain during intercourse: Pain either during or after intercourse can be a sign of endometriosis.

GI issues: Diarrhea or constipation around your period are symptoms, while pain during urination and bowel movements during your period are also signs. You may also experience nausea and bloating.

Infertility: As the symptoms are not always obvious, sometimes the first sign of having endometriosis is infertility, which is why it’s important to get regular checks with a gynecologist.

The intensity of your symptoms doesn’t necessarily indicate how advanced your endometriosis is, which is why if you experience any of the above, it’s important to see a doctor.

How Do You Treat Endometriosis?

When it comes to treating endometriosis, Dr. Ross says the goal is simple: “Treat the symptoms.” Firstly, address pain and heavy bleeding, with “Pain relievers like non-steroidal anti-inflammatory drugs and hormones such as the birth control pill, progesterone IUD or Lupron are recommended,” as it’s believed that keeping your estrogen levels low will help lessen the symptoms, and there are a number of things you can do to implement this including “regular exercise, acupuncture, avoiding excessive alcohol, and caffeine.”

Other than keeping your estrogen levels low, there are a number of treatments on offer to lessen the symptoms. Here are what our three experts recommend:

While this may not be an option for many women, Dr. Booth reveals that “Pregnancy is greatly suppressive to endometriosis, as is the dominant hormone of pregnancy: progesterone. Progesterone has a calming effect on the muscle of the uterus, as well as the menstrual glands. Pregnancy is a high progesterone state, and nursing is a low estrogen state.”

But don’t worry, pregnancy is not the only solution as Dr. Booth assures us there are “Medications that mimic pregnancy and can suppress endometriosis including the birth control pill, Depo-Provera, progestin containing implants or other progesterone hormones. Medications that reduce the normal reproductive hormones, such as those that induce a temporary menopausal state, or suspend the menstrual cycle, will also suppress symptoms of endometriosis.”

If your symptoms are severe, there are a number of surgical options to treat the pain. Dr. Ross says that she would recommend surgery when “multiple medication treatments have failed, the symptoms are chronic and severe or issues related to infertility.” Most commonly, “Laparoscopy is performed to remove or burn the endometrial implants, which helps treat the symptoms and increases the chance of getting pregnant.”

If you’ve exhausted all treatment options, and your symptoms persevere, you can choose to remove your uterus. “Hysterectomy, with or without removal of the ovaries, is often the last resort for treating women with chronic and disruptive symptoms from severe endometriosis.” However, even once a hysterectomy has been performed, Dr. Ross warns, “Endometrial implants can be found on the intestine, bladder, appendix, and other surface areas in the pelvis and abdomen and cause recurrent symptoms even after a hysterectomy (with or without the removal of the ovaries) is performed. The other problem with this elusive disease is endometrial implants can be microscopic meaning they cannot be seen with the naked eye so they may not be removed at the time of surgery. It is rarely performed since there are effective medical treatments that allow women to live comfortably with mild to moderate endometriosis.”

The Long-Term Effects Of Endometriosis

The most important thing with endometriosis is to be aware of the condition. Once you have your diagnosis confirmed you can treat the various symptoms. It’s also important to be aware of since it is a progressive disease and therefore the symptoms can worsen. In this case, you could experience “Painful sex, pain with urination, pain with bowel movements, infertility, ovarian cysts, and pelvic pain, which are less frequently thought of symptoms” explains Dr. Ross.

As endometriosis is progressive, Dr. Ross tells us that it can also cause scar tissue to develop on the fallopian tubes and that “Endometrial implants that create scar tissue cause infertility by blocking the ability of the egg and sperm to fertilize naturally. In fact, 40% of women with infertility have endometriosis.” It can also affect your mental health, as “The chronic and disruptive symptoms associated with endometriosis makes these women more prone to depression and anxiety.”

So, if there’s one thing all these doctors agree on? Endometriosis can be and should be treated, which will help minimize symptoms and prevent it from progressing with some of the less frequent symptoms outlined above. Most importantly, get yourself checked! If you do have endometriosis, remember there are treatments that can help, and knowledge is power – the more you know, the more you can alleviate symptoms and prevent them from worsening.

Let us know if you have any questions or stories you’d like to share in the comments below.