Behind The Scenes: How To Snatch Your Face Like A Drag Queen

So, our Resting Boss Face shoot has to be one of THE MOST fun shoots I have ever done! It was so amazing to be on set with the gorgeous, and hugely talented queens, Farrah Moan, Shea Couleé and Violet Chachki, and they taught me SO many insane makeup tricks! I had to share some of these tips and hacks with you guys. Here’s how to snatch your face like only the drag queens can:

1. How to snatch your face like you’ve never snatched before!

Probably the craziest thing I tried that I’ve never done before – and omg it hurt so much I will prob never do again – is taping my face. Violet showed me the drag queen hack of literally giving yourself a facelift with sticky tape, and the result was insane!

To snatch your face to the next level, you need to wait until all your makeup is done, and your wig cap is on. Violet showed me how to apply tape to your temples and above your ear, and then pull this tight and stick the tape onto your wig cap, reaching all the way to the back of your head to anchor the tape in place. This acts like a real-time facelift, it’s crazy!

2. Covering the brows and redrawing them higher

Another essential drag queen hack is ‘blocking out’ the brows, aka gluing them down and hiding the brows, then redrawing them higher. This basically means you can create whatever shape of brow you like on a blank canvas, plus it gives you more space to dramatize your eyeshadow and get extra glam with your look.

I did it just like the queens and glued down my brows with a glue stick then set them with powder. I then used the amazing, color correcting Dragun Beauty Skin Perfecting Potion, $25, to cancel them out, then applied our full-coverage #FauxFilter Foundation to create a completely blank canvas. Also, drawing brows from scratch is SO hard, so I have so much respect for the insanely amazing job that Farrah, Shea, Violet, and all the drag queens do on the regs!

3. How to make your eyes and makeup pop! 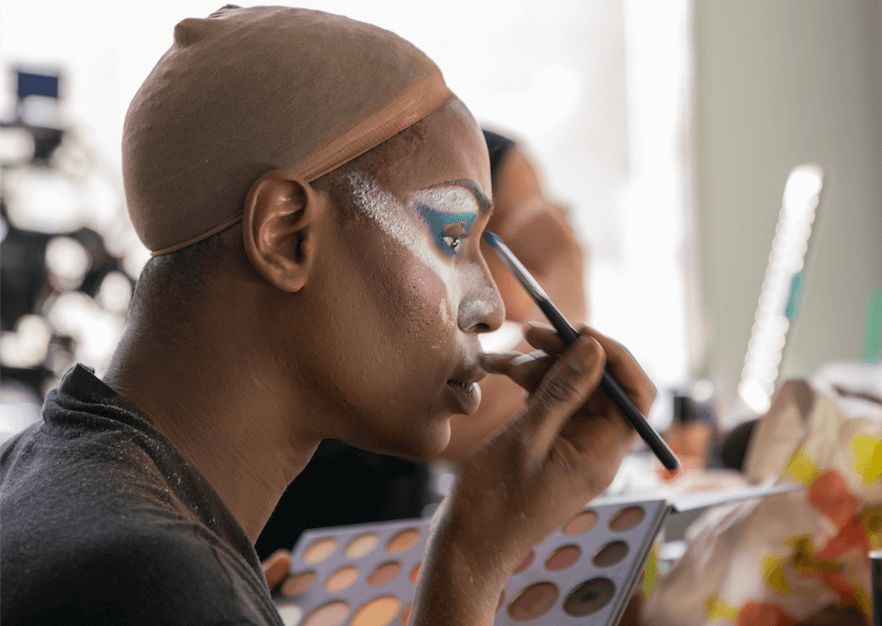 Watching everyone doing their makeup felt like being back at makeup school, especially seeing how Shea laid down white eyeshadow to make her contour and eyeshadow pop, which added so much drama and added to the snatching effect. Finally, I followed in Farrah’s footsteps and added white eyeliner along my lower lash line, which opened up my eyes like crazy! Long lashes are also the ultimate finishing touch, and I stacked on three or four pairs of the biggest lashes I could find at Sephora to complete my transformation.

4. Complete the look with an hourglass figure! 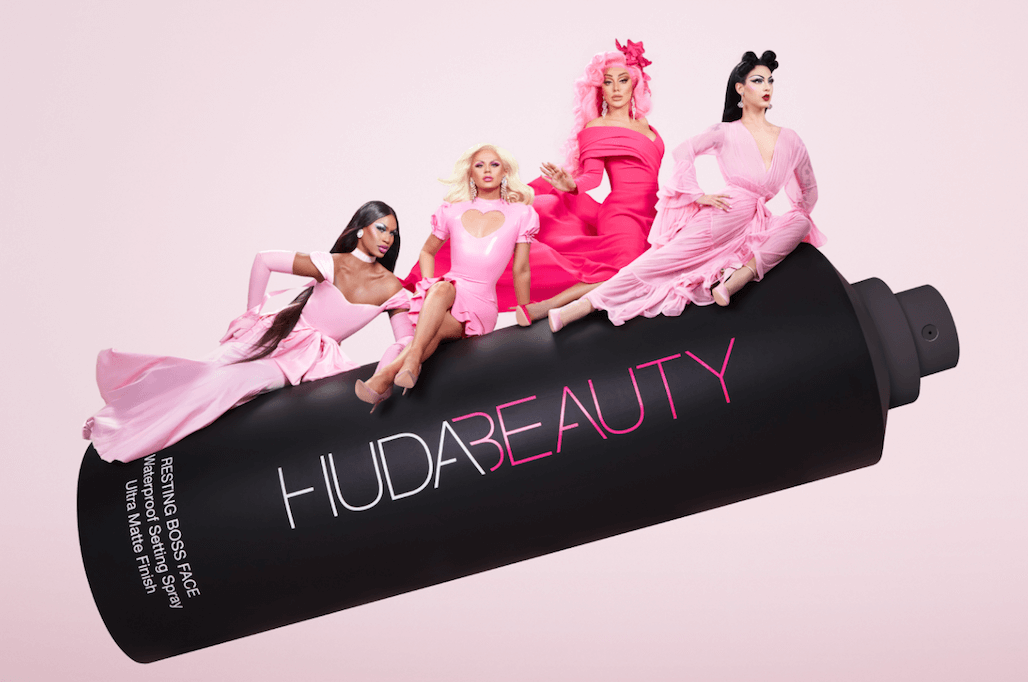 So, drag queens create the most insanely gorgeous hourglass figures, and I won’t give away their secrets as to how they do this, but I will tell you what I had to do! My stylist cinched me into a tiny corset and even sewed butt pads onto a pair of Spanx at the hips, to give me the illusion of a fuller figure so I could keep up with the queens! Honestly, the amount of effort that drag queens put into creating their looks gives me a whole new respect for them – it is literally an art form!

I hope you guys found this as interesting as I did. Go ahead and follow the queens, their Instagram accounts are so inspiring!