This Is The Skin Concern Most People Don't Know They Have 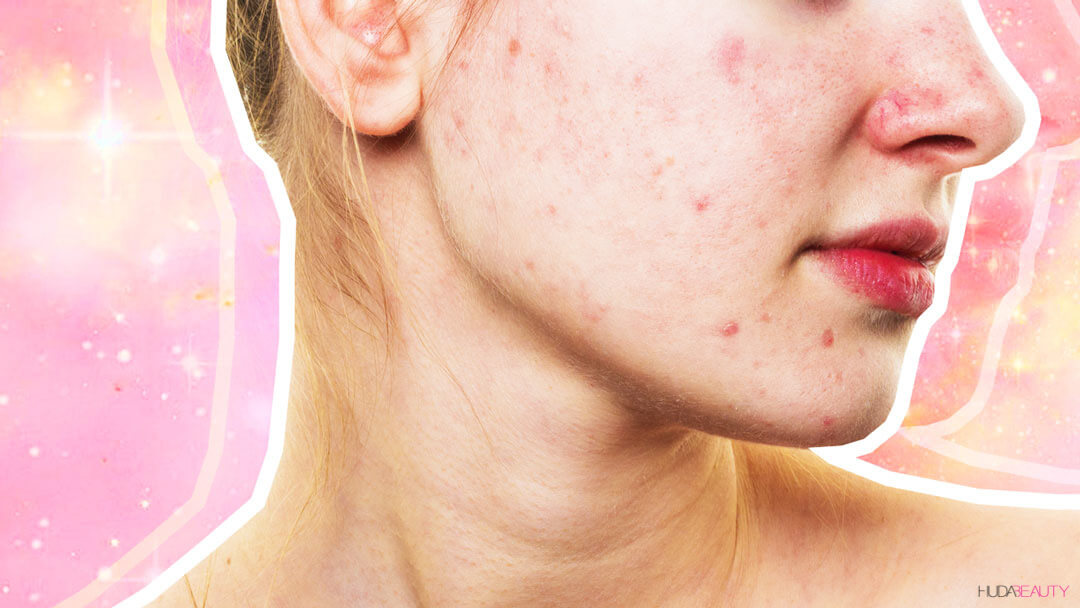 The crazy thing about rosacea is that most people don’t even realize they have it. The skin condition appears as redness, inflammation, and pimples, which is why it’s most commonly mistaken for acne. However, acne treatments will only aggravate the condition that affects 10-20% of the population. This is why it’s essential to be in the know, so that you can identify it and treat it safely and efficiently. We spoke to celeb dermatologist and founder of Lancer Skincare; Dr. Lancer, as well as NYC-based dermatologist and author of Beyond Beautiful; Dr. Doris Day, they filled us in on everything you need to know about rosacea.

Rosacea is a skin condition that appears as redness and inflammation. It’s not a condition you’re born with, which is why a lot of people misdiagnose rosacea. “There are four different types of rosacea. You can have an overlap and have more than one type at a time. All types of rosacea may be triggered or exacerbated during times of stress or after exposure to heat and alcohol, and some spices and foods. You may have your own personal triggers.” Dr. Day tells us. 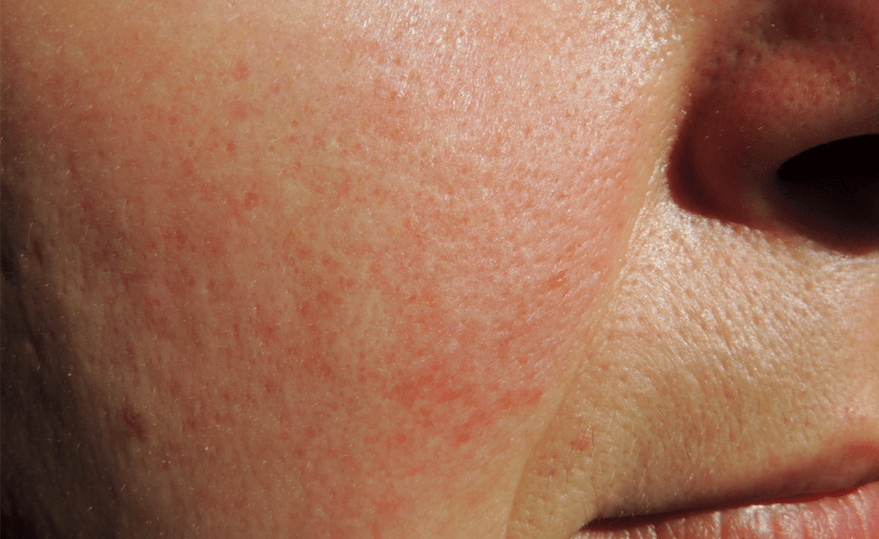 Acne rosacea: This is a breakout that looks like acne but without blackheads and whiteheads, just the pimples and redness.
Telangiectatic Rosacea: This appears as broken blood vessels and overall redness.
Rhinophyma: This is a fullness of the nose, think Bill Clinton. It’s more common in men than women, and worse in those who drink alcohol.
Ocular rosacea: This is rosacea of the eyes and can lead to blindness. It feels like a gritty feeling in the eyes, also known as blepharitis.

According to Dr. Day, the cause is still a mystery. Although she does add “We know what we see: we know things that can exacerbate it, and we know things that can make it better. But, there are some theories: one is the mite theory which is that there is an overgrowth of a mite called Demodex in the skin of those with rosacea. The mites may also carry bacteria that could be part of the problem and could be causing inflammation in the skin. The bacteria that’s believed to be an underlying issue in acne, called p. acnes bacteria, is not an issue in rosacea.”

According to Dr. Lancer, “The genetic predisposition is triggered by stress, environmental changes, general emotional ups and downs, and diet. Within diet, sugar, caffeine and dairy are among the biggest triggers.”

How To Get Better Skin In 2 Weeks

Anything that makes your face flush is likely to make rosacea appear worse, as the rush of blood to your face increases redness. Therefore, any activity which does this should technically be avoided.

Dr. Doris Day’s top tip: “It can be helpful to keep a diary and see if you can identify your personal trigger. Usually, you’ll see a flare within a day of exposure to the particular trigger or groups of triggers.”

Who is more likely to develop rosacea?

Dr. Day explains, “Rosacea is something you typically grow into. It’s not something we usually see in women in their teens or even 20s.” Dr. Lancer adds; “It’s not just a problem of Caucasian skin. You can see it more clearly in white skin, but it occurs in all ancestries, ethnicities, men, and women of all ages.” If you blush easily or breakout after drinking alcohol or have stress-triggered breakouts, then you may be one of the millions who have rosacea. It’s commonly triggered by a period of intense stress or a consistently unhealthy lifestyle that involves drinking excessively. Regardless of whether you previously had oily skin or dry skin, you can still be affected by rosacea.

The Expert's Guide To Skincare For Darker Skin Tones

How do you treat rosacea?

Topical creams: “There are topical prescription medications and cleansers for rosacea, these will often contain sulfa, topical anti-parasitic ingredients like topical Flagyl (metronidazole) or topical ivermectin (Soolantra). These are FDA approved and determined to be safe and effective in controlling the flares of rosacea.” Dr. Day also adds that “Topical azelaic acid is also FDA approved for this condition and is available in both prescription and over the counter concentrations.” We love The Ordinary Azelaic Acid Suspension 10%, $13, read our full review here.

A quick solution: Dr. Day also told us about a product called Rhofade. “This helps reduce the redness of rosacea for the day. It begins to work after 30 minutes and wears off around 12 hours later.”

However, Dr. Lancer argues that while “There are many traditional and non-traditional medications used, they won’t work well unless you incorporate a lifestyle change. A lifestyle change is the key to managing rosacea. Some patients do yoga or acupuncture to manage stress; some go as far as to change jobs and move to different environments.” 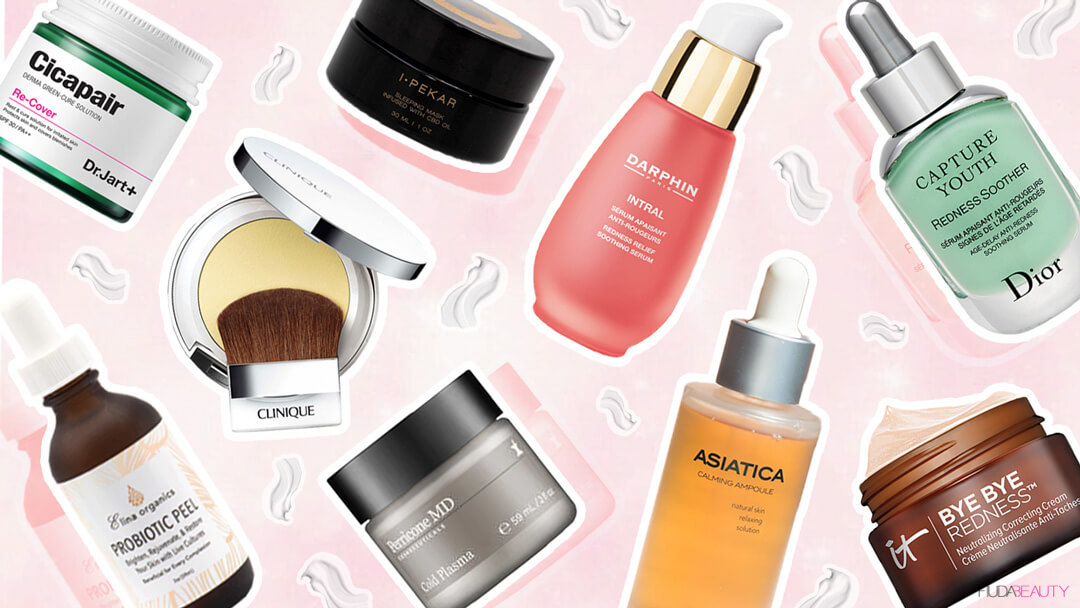 While getting rid of rosacea isn’t exactly possible, there are plenty of products that you can use to improve redness and help soothe your skin. Check out these nine skincare products you should know about if you have rosacea.

Dr. Day spills her personal rosacea secret: “There’s one oral prescription medication, which is a low dose, timed-release 40mg doxycycline, which is also excellent for many patients with ocular and skin rosacea. This isn’t an antibiotic at this dose, it’s anti-inflammatory, and it can be taken for extended periods of time. I have been taking it myself for nearly 10 years, and I believe it has other anti-inflammatory and anti-aging benefits that go beyond rosacea.” We’re sold!

Dr. Lancer favors in-clinic treatments for rosacea, explaining “My celebrity patients will do EBDs [energy based devices] twice or three times weekly for a full month to make sure they’re predictably rosacea-free before a big event.” Although he admits that “Using EBDs to treat rosacea is expensive and can be indefinite, so the usual protocol is education on lifestyle and dietary changes first.” Dr. Day prefers “Intense pulsed light (IPL) treatments, which can help reduce redness, rhinophyma and, even combat breakouts of rosacea.”

Dr. Day knows we live for a natural DIY, and filled us in on her fave: “A calming green tea mask with cucumber can also be helpful, which you can make at home.”

Brew a pot of green tea and stir in 2 tablespoons of honey. Leave the water to cool at room temperature, and then add cucumber slices and refrigerate for two to three hours or overnight. Apply to cleansed skin, then apply the cucumber slices over the face for three to five minutes. Wash off with lukewarm water.

Let us know if you have rosacea and if so, what you do to treat it.