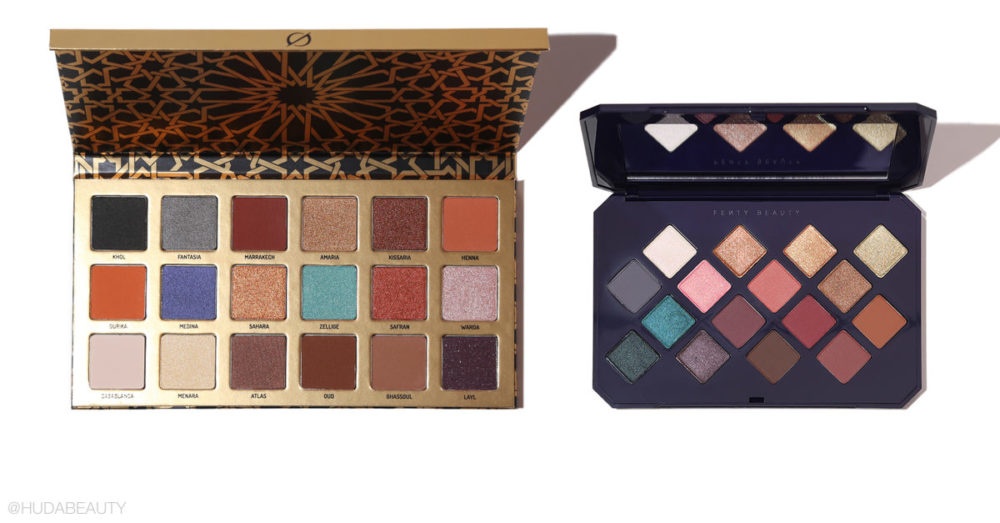 When we heard RiRi was launching a new eyeshadow palette, we couldn’t wait to get a look at it! We can’t deny that we’re huge fangirls and we want to play with anything she brings out – could she be any cooler? Her latest launch includes a 16-shade eyeshadow palette in the same unique diamond-shaped format as her last palette. We’ve got to admit, we weren’t obsessed with her last palette, but her new palette, Moroccan Spice, was calling our name.

There was one other thing we noticed; we recently received another Moroccan palette from a French brand called Sponjac, which released in 2017. So naturally, we opened up the two together to see how Sponjac’s $19 Moroccan palette compared to Fenty’s $59 Moroccan Spice palette. Here’s what we found: 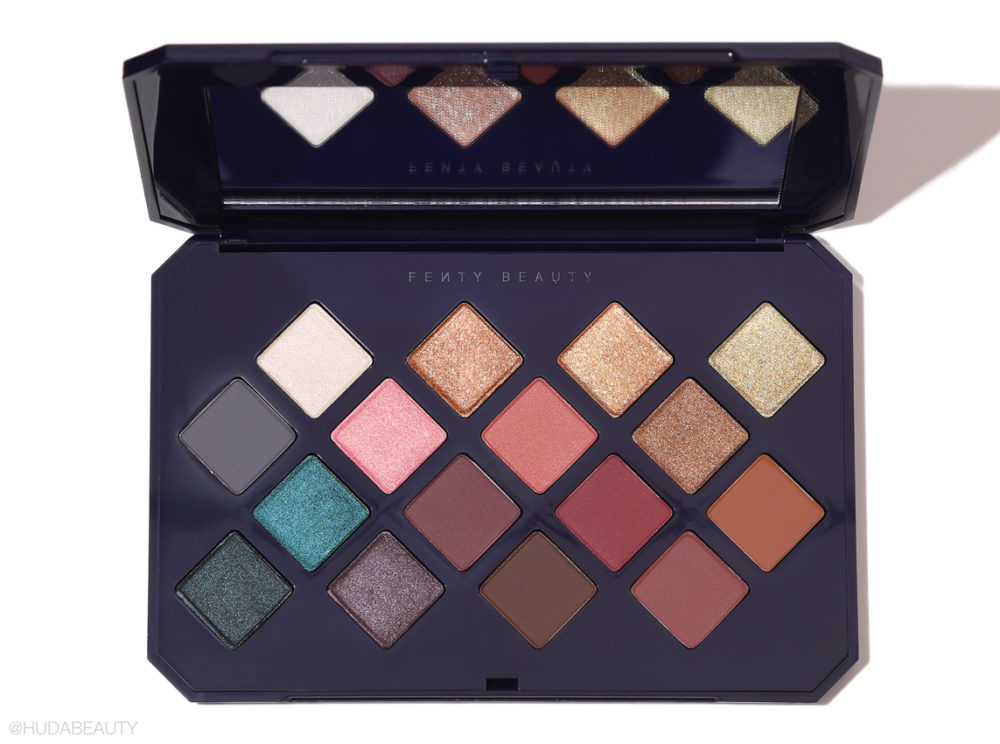 Obviously, they both have a Moroccan theme, so it goes without saying that they have a similar shade palette: both have warm brown and red tones (Fenty’s are cooler-toned), and pops of turquoise. Both palettes have shimmers and mattes, Sponjac have 11 very creamy shimmers, while Fenty has eight shimmers, and one really pretty iridescent white shade with pink shimmers, called Mo’roccan Ice. Aside from the similar color scheme, we only found six shades to be similar, like the bright blue shade (Sponjac’s Zellige and Fenty Evil Genie) and the golden shade (Fenty Casablanca and Sponjac’s Amira). 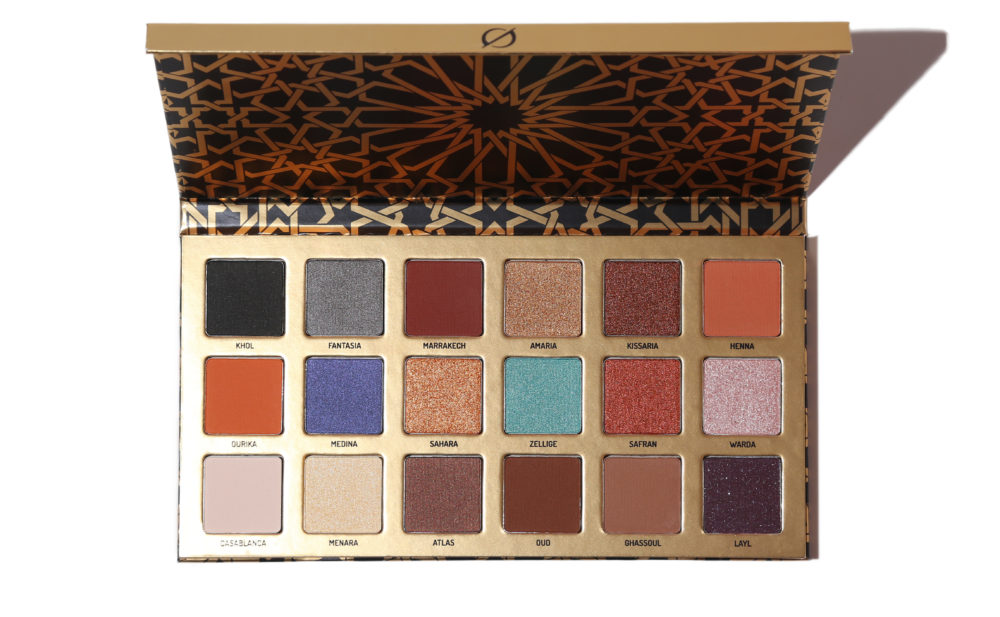 Sponjac’s 18-shade palette has a net weight of 20g, while Fenty’s 16-shade palette has a net weight of 15g. But what does weight matter if the quality isn’t there? Well, that’s where we were surprised! Fenty’s matte formula is soft and creamy and picks up really nicely with a brush, but so did the Sponjac mattes, and we have to say, we were impressed with the pigmentation too. We did also notice that Sponjac list Talc as their second ingredient – talc helps give impressive payoff, but shadows aren’t necessarily as long wearing. Again, both palettes performed well with their shimmer formulas, although the paler shimmers picked up much better on a brush than the blue or deep-toned shimmers did (for both palettes) – so give your brush a mist with a setting spray first. 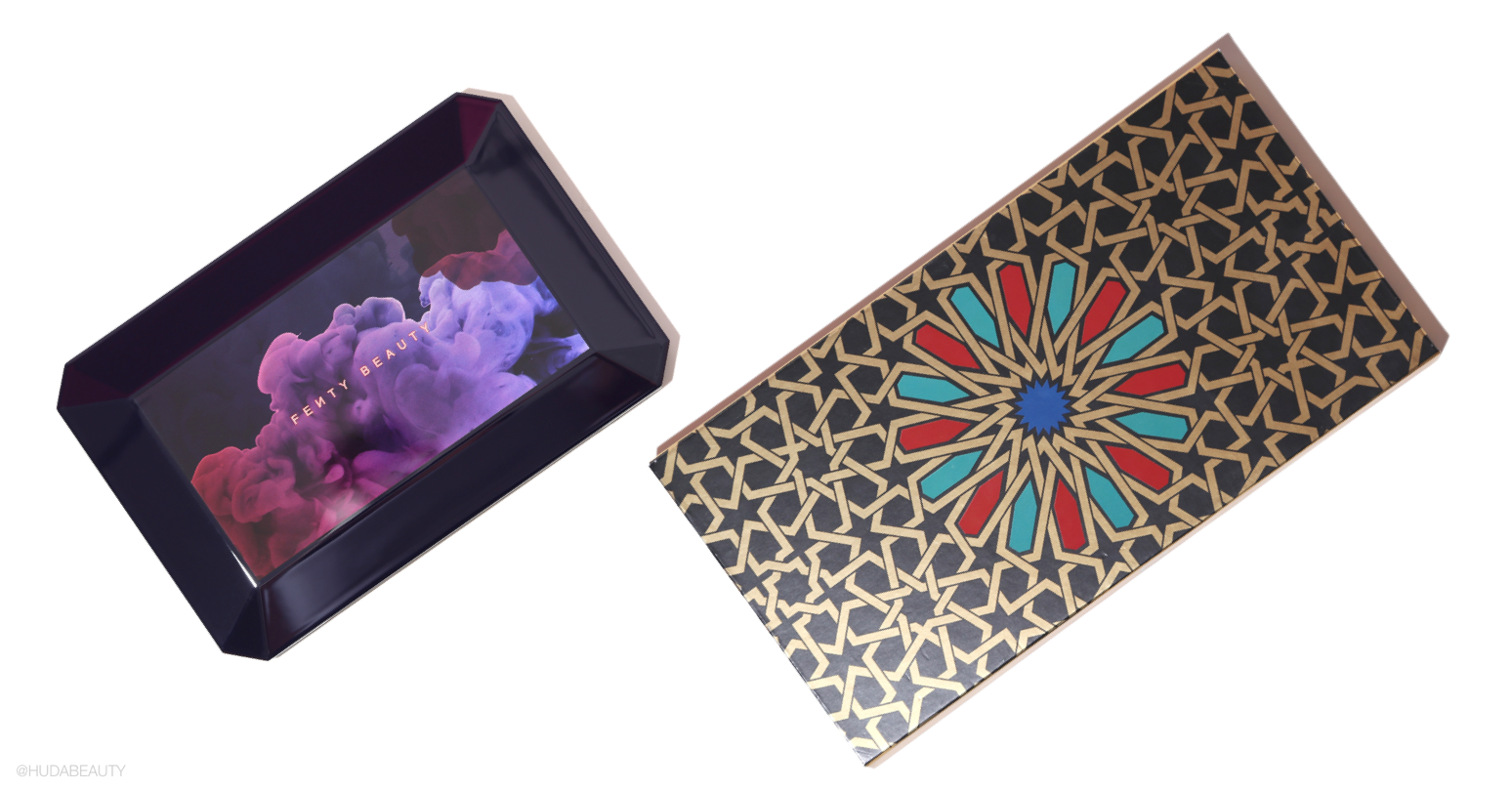 We love the packaging of both palettes, and each feel very Moroccan in their different ways. The fact that Fenty’s has a mirror is a huge win for us, and it’s also much smaller, which makes it convenient for summer vacay.

While the Fenty formulas definitely feel smoother and are more refined, we can’t fault the Sponjac formulas either – if you told us the latter cost $50, we wouldn’t be surprised. So, is Sponjac’s Moroccan palette a dupe for Fenty’s Moroccan Spice? Pretty much! You can create similar looks with both palettes, and you won’t be disappointed with the color payoff of either. For $19, we are very impressed with Sponjac’s palette, but whether you want to splurge for the Fenty palette or save on the Sponjac palette, we will leave to you!

Let us know which palette you prefer in the comments below.