The Surgery Celebs Love... But Don't Want You To Know About

Boob jobs, fillers, botox – these are all everyday procedures among the A-list. We sat down with Hollywood’s fave plastic surgeon at the Valiant Clinic; Dr. Matlock, who spilled the deets on THE secret body procedure that the A-listers don’t want you to know about – liposculpturing. Ever wondered how your fave celeb bounced back from childbirth with a six-pack in under three months? Or how your ultimate gal crush has a better body at 50 than she did at 20? Chances are, it’s liposculpturing. Here’s everything you need to know…

What Is Vaser Hi Def Liposculpturing?

Vaser Hi Def Liposculpturing is a form of liposuction that’ll give you a teeny tiny waist and washboard abs, without having to spend hours in the gym. Dr. Matlock has worked his magic on some of the most famous (and lusted after) bodies in the world. He says that his A-List clients are most commonly after a “smaller, synched waist” but he also confirms that “arms are a big thing.” He added that it’s common for celebs to combine this treatment with a butt augmentation. 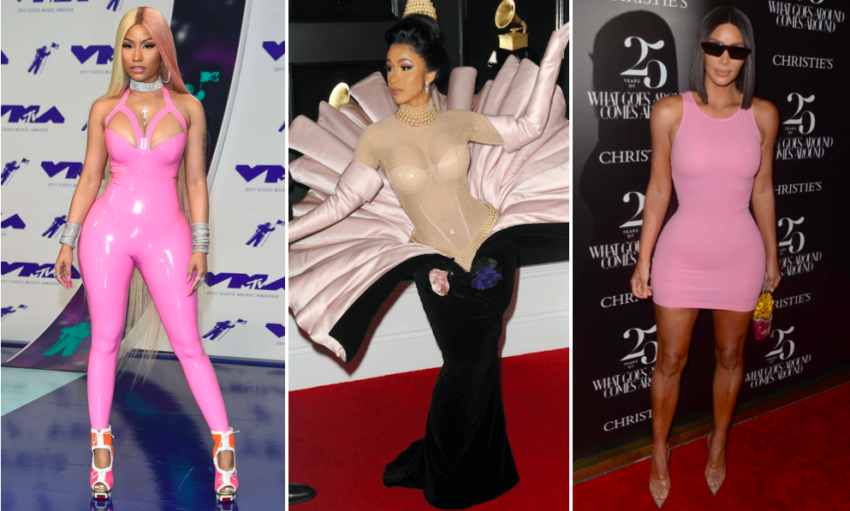 What differentiates this particular procedure from traditional forms of liposuction is it sculpts the muscle while removing fat to provide a more athletic finish, which Dr. Matlock says is “very popular” amongst his A-List clientele. The procedure uses a “State-of-the-art ultrasound technology designed to gently reshape the body.” Dr. Matlock states that “Vaser Liposculpturing is particularly effective when used on the abdominal muscles; it creates contours for the appearance of the six-pack as it’s 53% more skin-tightening than other forms of lipo.” Although as it’s more effective, it’s also more expensive and can cost anywhere between $10,000 and $20,000 depending on your height, weight, and desired result.

A full description on Dr. Matlock’s website outlines the procedure: “During the procedure, the deep, middle, and superficial fat is treated with the vaser probe by applying ultrasonic energy. This energy dislodges the globules of fat while maintaining its viability. A traditional cannula [a suction device] is then used to extract the fat, fine tune, and then sculpt out the muscular structure. This two-step process and the definition of the musculature is what differentiates it from traditional liposuction.”

Be warned guys, this video is gross AF but if you want to see what the procedures actually involves, check it out:

This form of liposuction has best results on the six pack, obliques, pecs, and arms. Dr. Matlock has also developed a more enhanced version of liposculpturing: Advanced Surgical Body Building. The effects are similar to liposculpturing, but it provides a more muscular finished look. This procedure adds another step to the Vaser Hi Def Liposculpturing by combining liposculpturing and ultrasound-guided intramuscular fat augmentation.

Celeb Treatments You Can Actually Afford – Under $1k

The Most Insane Beauty Treatments Celebs Swear By

Before surgery: Two weeks before the surgery, you shouldn’t smoke or drink excessive amounts of alcohol as this can effect healing; it’ll thin your blood, which could result in blood clots and bruising. Stay clear of aspirin, ibuprofen, fish oil, and other supplements that could also thin your blood.

After surgery: After the procedure, Dr. Matlock says that you’ll need to “Wear a wrap garment around the clock, for the first two weeks post-procedure, and only remove it to shower.” This will help enhance the results and ensure the skin remains tight and toned. Once you’ve worn the wrap garment for two weeks, you can resume regular exercise. It’ll then take another four weeks to fully recover as best results are usually only seen after six weeks.