The Overachievers That Inspired Me To Change My Life 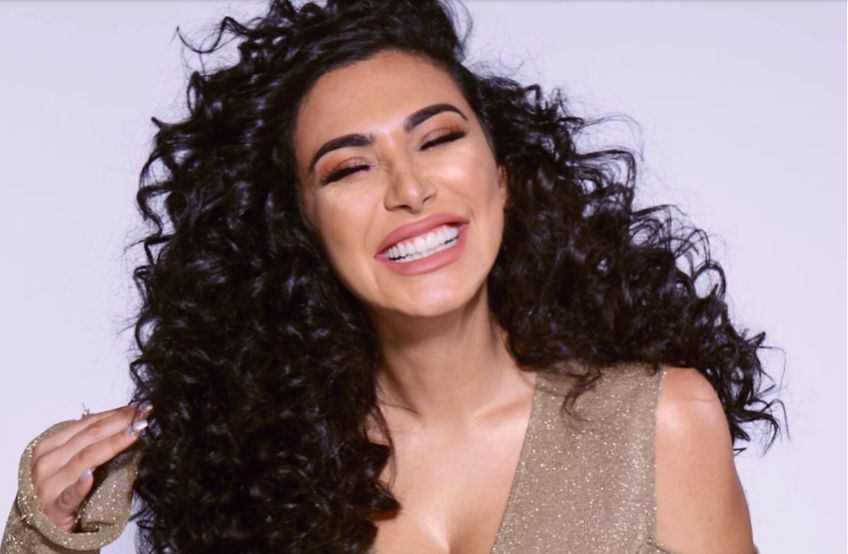 I’m so excited that our Huda Beauty Overachiever Concealer is finally launching! I loved creating this product, but it was a journey, and it taught me a lot. For two years, my team and I tweaked the formula a million times, faced setbacks, and spent forever deliberating on how to improve the product. I really didn’t want to create anything less than extraordinary, because we created the product for you, and you inspired it. It’s for all the overachievers out there, and it pushed my team and I to create something we didn’t think was possible! This is for the moms who run off zero sleep, for the students who had to pull an all-nighter in the library, and for anyone who’s an absolute bawse babe who goes above and beyond.

So, I thought I’d share with you guys the overachievers who inspire me every day, to do more and to accomplish more, and to dream more. These five people have inspired me from the very beginning, they have accomplished more than many even deemed possible, these are the record breakers, and the people who will go down in history.

I love Beyoncé for the same reasons that all of you guys love and adore her; she’s amazing, she’s like the definition of ‘flawless,’ and when she performs she’s basically a superhuman. But what I truly admire about her, is her discipline. She started singing competitions when she was 7, and as a child, she won over 30 competitions. After every performance, even now, she rewatches her show to critique herself and her team, so that they can only get better. I honestly believe there’s no one more disciplined than her; she’s a perfectionist and its paid off – she’s the most Grammy-nominated woman in history! You can just see through her dedication, her insane skill, and her AMAZINGness, she’s living out what she’s decided she wants her life to be.

For me, Oprah represents someone who has been through so much, and despite all life’s hardships; poverty, sexual abuse, racism, sexism, she has made it, and has made an example of herself to be there. She’s now one of the richest women in America, despite the fact that she didn’t own a pair of shoes until the age of 6. She didn’t just overcome these struggles, she came to the game, and she dominated. She’s not just living out her life’s mission, she’s doing it while helping others: she takes care of women and puts them through education. She’s awe-inspiring.

Steve Jobs is just an absolute boss. He had a vision, he fulfilled the vision, and he quite literally changed the world. Even since he passed away, his influence and his legacy live on, and that’s AHmazing. What I also really respect about him, is that he never compromised his dream; he’s weird, and he’s creative, and as a creative person myself, you need an overachiever like that to look up to. So often, as human beings we tend to doubt ourselves, Steve Jobs showed us what happens when you don’t. I mean he was kicked out of his company, he was told ‘no’ countless times, and yet he then went on to create Pixar and NeXT. He epitomizes the word Overachiever.

The thing that I admire most about Eva Longoria isn’t just her success and all that she’s ‘overachieved’ (she’s an incredible actress, philanthropist, and activist), but it’s how kind and humble she is; her humanity that shines through in everything she does, is so beautiful to see. And her compassion isn’t just limited to her friends; she’s lovely to everyone she meets, from waiters to the A-list celebrities she hangs out with. I’ve seen the negative impact fame, wealth, and success can have on a person, and yet Eva has risen to the top unscathed by this; she remains humble, thoughtful, and caring.

I’ve always looked up to Ariana Huffington for all that she’s accomplished. I mean she created a record-breaking blog that became one of the top 200 sites in the world, which she then went onto sell for $300 million?!?! Plus, back in the day, when it came to blogging, you really didn’t know what the future held, it was scary – it’s very different from how it is today. And then when I met her? She exceeded my expectations. She was so well informed and so knowledgeable, and yet so personable: she knew everything about me, she even knew my daughter’s name. And it struck me, just how kind and how human she was, and it made me admire her more than ever before.

My sisters are my rocks. They’re overachievers in my eyes because they’ve been through everything with me, and they enable me to be the best version of myself: they keep me grounded and stable. People who empower and support you and feed your fire, in ways that you cannot, they’re the type of people you need in your life. I’m a very passionate person, and I so often have these very fiery, creative moments, and yet they’re so calm and collected. I honestly don’t know where I’d be without them.

I hope you’ve found some inspiration in these amazing overachievers. Let us know who inspires you to achieve more in the comments below.