This Is The Best Mascara I’ve Ever Tried

Considering I’m a fake lash lover, a mascara has to be damn good for me to really get excited about it, and the latest Too Faced mascara is that good! Too Faced are known for their iconic Better Than Sex mascara, so I was super interested to see how their new mascara Damn Girl would live up to it – and honestly, it really does! So much so, that I think this is the best mascara on the market right now. Here’s why, and how Damn Girl compares to the Too Faced Better Than Sex mascara.

What it is: The Damn Girl creamy mousse formula was developed with a unique blend of whipped melted waxes to give immediate impact and volume to lashes, without feeling heavy. The formula contains innovative polymers designed to keep lashes flexible while lifting, lengthening, and lasting for 24-hours. It’s also meant to be smudge and flake-resistant, all while giving a sexy curl to lashes.

What we liked: I can start by saying this mascara actually does everything it says – it added amazing volume to my sparse lashes, and it added length and curl too.

What makes it interesting is that the brush is so dense – it’s actually so big that I thought it would go all over my lids, although I did hit my eyes a little bit, it wasn’t too much. The formula is like something I’ve never seen before; you can just keep going and keep building it up, and it doesn’t go clumpy, which is the dream, especially if you like to layer up. The formula didn’t smudge under my eyes all day and although I noticed a few tiny black dots on my cheeks, there was no real flaking.

Tip: Because the brush is so big, you do have to be careful when you’re applying it so that you don’t get it on your upper lid.

Who it’s good for: Damn Girl is amazing if you have sparse lashes, as it adds loads of volume as well as length and drama. If you have smaller eyes, we recommend applying mascara before your other makeup steps so that if you do get it on your upper lid, you can clean it up without messing up your makeup masterpiece.

Damn Girl vs Better Than Sex 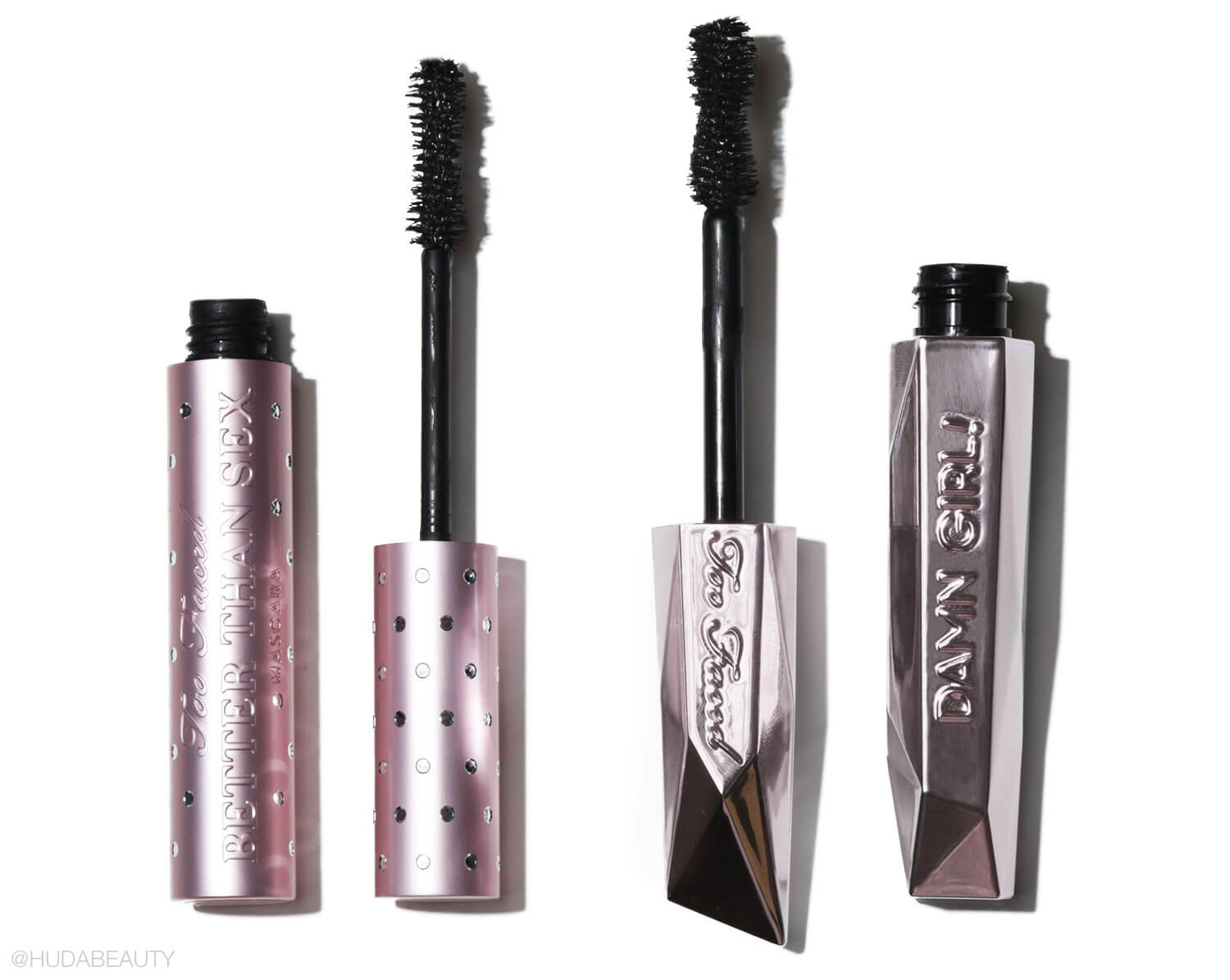 The brushes look very similar, but when you put them side by side, you can see that they’re quite different. The Better Than Sex Mascara, $24, is a big, plush hourglass brush, which the founder Jerrod once told me was inspired by Marilyn Monroe’s body. The new Damn Girl brush also has a similar shape, but it’s even bigger and more voluptuous, and the bristles are more densely packed.

The Better Than Sex mascara gently pull and separates the lashes, adds length and makes them look fluffy, but Damn Girl does all this and is super volumizing as well. We applied a different mascara to each eye, and everyone in the office said their fave eye was the lashes with the Damn Girl mascara on, which looked fuller.

The verdict: I’m obsessed with this new mascara and genuinely think it’s better than any other mascara I’ve ever used. The large brush may take a little time to get used to, but the formula and brush really do give amazing results!