TESTED: We Tried The Top 3 Straightening Brushes To Find THE Best!

by HB Team
in Hair

If you told us a week ago that we’d be considering trading in our fave hair straightener for a straightening brush, we wouldn’t have believed you. Surely it wouldn’t be as good as our luxe flat iron? But then when three ceramic straightening brushes landed on our doorstep  – the GHD Glide, $169 the Karmin, $90, and the Dafni brush, $100 – we HAD to try them out and put them to the test! We conducted an experiment to see which straightening brush gave the sexiest, straightest finish on different hair types, from wavy to coarse curls. Here’s what happened:

The Benefits of a Straightening Brush

If you’re questioning why you should ditch your fail-safe straighteners for a heated styling brush, there are actually multiple reasons. Firstly, it’s a lot easier to use; you don’t have to multi-task, which means it generally takes less time than a straightener, as you’re not switching between a brush and the styling tool. Most ceramic brushes also feature ionic technology to neutralize static and reduce frizz – major bonus. They don’t typically reach the same temperature as straighteners either, so there’s less heat damage. Plus, there aren’t any ‘hot spots’ or extreme pressure, so your hair will retain its natural shine.

Will This Ceramic Brush Take Your Hair From Hot Mess To Sleek AF In 3 Minutes?

8 Hair Treatments That Will Give You Hair Like Rapunzel (Overnight)

Ok, so now we’ve got your attention, let’s get to the brushes. When we broke down the unique styling features of each brush, we realized how similar they are. The Dafni and the Karmin brush look almost identical, whereas the GHD Glide has very different bristles. But most surprisingly, they all reach the same temperature. Check it out: 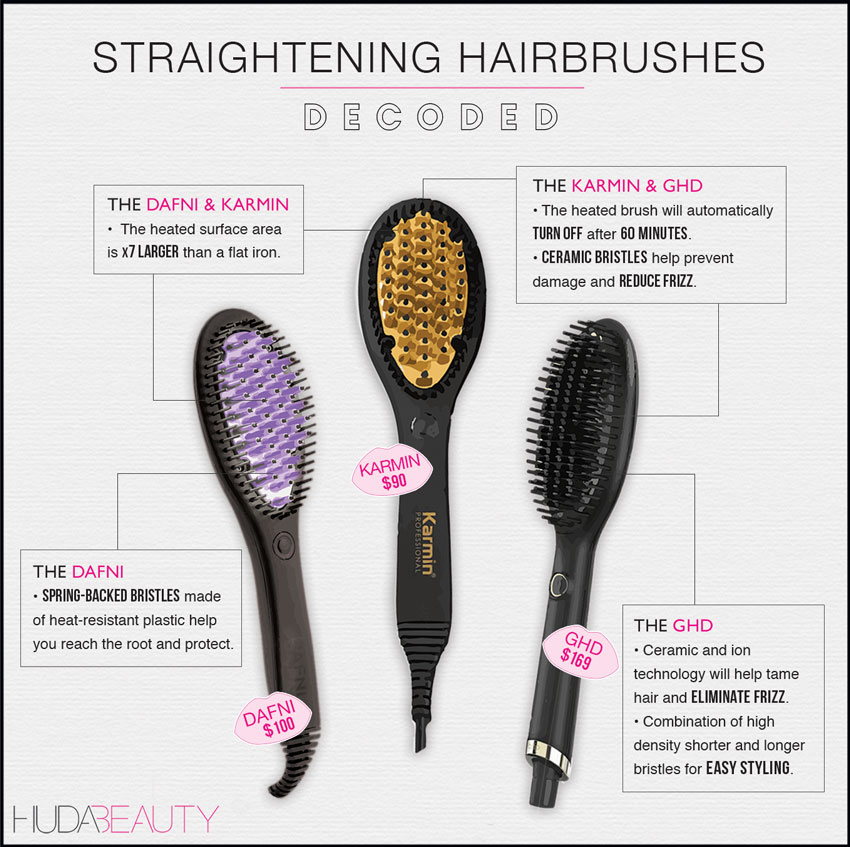 Since the brushes all look pretty similar and their features are alike, we wanted to see how they compare. Interestingly, the biggest difference is the price point; the GHD Glide is almost twice the price of the Karmin.

To test the efficiency of the hair brushes, we wanted to see how the three brushes compared on different hair types. We trialed the brush on straight (ish) hair, wavy hair, and thick coarse curls. The hair was sectioned into three even parts. The models were given no instruction, other than to use the brush to straighten. We then timed how long it took to straighten each hair type and the final timings were actually not what we expected. Take a look for yourself:

GHD GLIDE(9/10): This was definitely the most effective straightening brush for straight hair. It was sleek and sexy in under five minutes. When we asked the model if she would trade in her usual straighteners for the GHD Glide, she said she would consider it.
Final time: 2 minutes 15 seconds

KARMIN (7/10): Despite the fact that the brush said it was ready, it continued to gain heat. The brush straightened the hair well, but it wasn’t as sleek as the GHD Glide.
Final time: 2 minutes 2 seconds 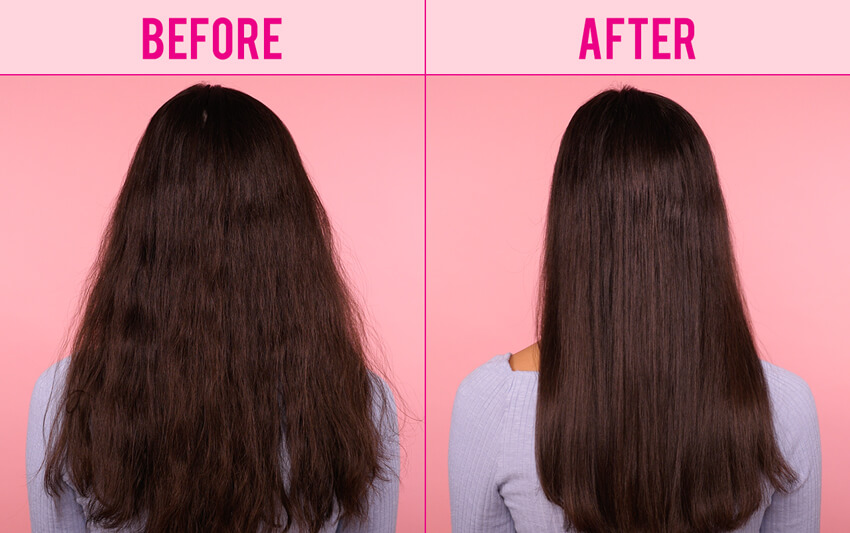 DAFNI (6/10): Overall, this brush was good; it straightened the hair well but the final outcome didn’t look as sleek as it did with the GHD Glide.
Final time: 4 minutes

GHD GLIDE (9/10): This was undoubtedly the favorite. Although, after using it for a while there was definitely a technique – it works more efficiently if you use long, slow movements rather than just brushing the hair. However, it was still slightly hard to straighten at the root.
Final time: 3 minutes 7 seconds

KARMIN (5/10): This brush took a lot longer than the others, and there were still waves left in the hair. Although, the stylist helping (she never straightens her hair), wasn’t as experienced as the model.
Final time: 7 minutes and 15 seconds 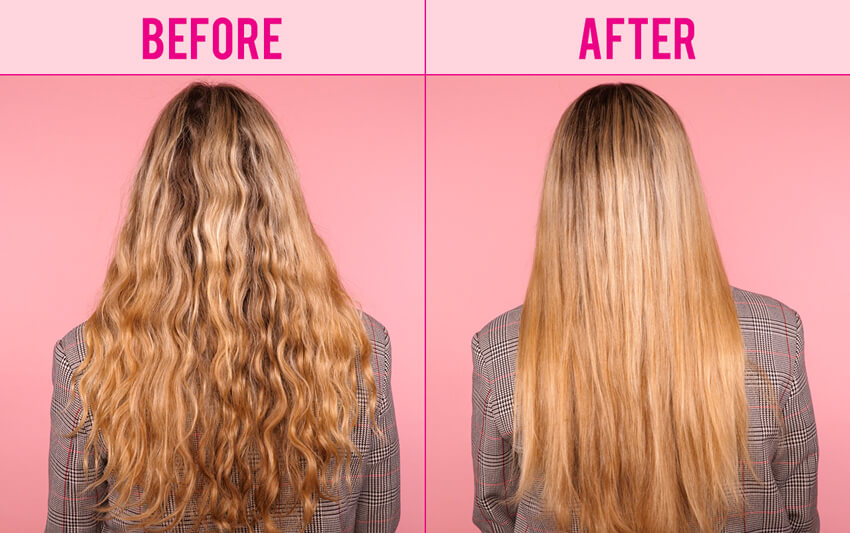 Straightening Brush vs. Straighteners: The combined time using a straightening brush was around 15 minutes, and the model tells us she usually spends at least 45 minutes using her straighteners. The model also agrees that the final look was sleeker when she used her straighteners, but she prefers the added volume the hairbrush gives, and with a little serum, it was nearly as good!

DAFNI (6/10): The brush worked well considering how thick the curls are. Tbh, we didn’t think it would work and were very pleased with the results.
Final time: 15 minutes and 13 seconds

GHD GLIDE (7/10): The final timings for this model don’t accurately reflect the brushes as another person straightened the second section so it was done to a higher standard, which is why it took a little longer. It was also slightly harder to reach, which also contributed to the timings.
Final time: 18 minutes 2 seconds

KARMIN (6/10): If we’re honest, we think this section was slightly smaller than the others. With that said, it worked well but it didn’t achieve an extremely straight finish. Although considering the price difference between the GHD Glide and the Karmin, there wasn’t a huge amount of difference.
Final time: 12 minutes 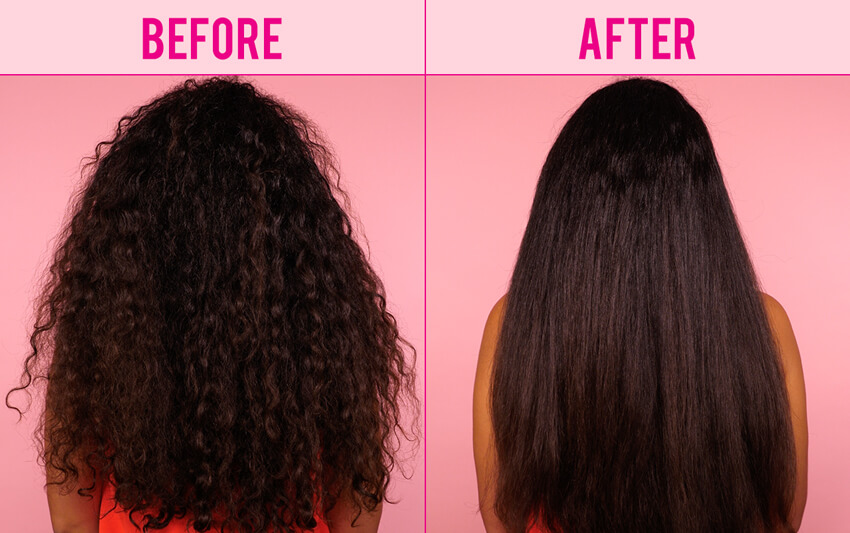 The Results Are In…

Overall, the winner was the GHD Glide, as it gave a more sleek, and most importantly, straightened finished look. Although the timings didn’t always reflect it’s efficiency, it was more down to the variables, like the styling technique, the section of hair, and the person’s patience! But the most important thing that we learned through the experiment was that the technique is SO important. You need to use long, slow movements and always make sure you push the hair all the way through the bristles so that the end of the bristles are visible through the hair.

But the real question is: Would we trade it in for our hair straighteners? For an everyday styling tool, yes we would; it’s easy to use and it’s quick. Plus, it gives a voluminous blow dry effect, rather than poker straight hair. With that said, if you’re looking for the super straight, glass hair finish, this isn’t the tool for you. The straightening brushes also made it slightly harder to straighten the root, so we often found there were still some kinks.

You can shop the brushes here: GHD glide, The Karmin, and The Dafni.

Let us know if you use a straightening brush in the comments below or if you would give one of these brushes a go?