by HB Team
in Eyes 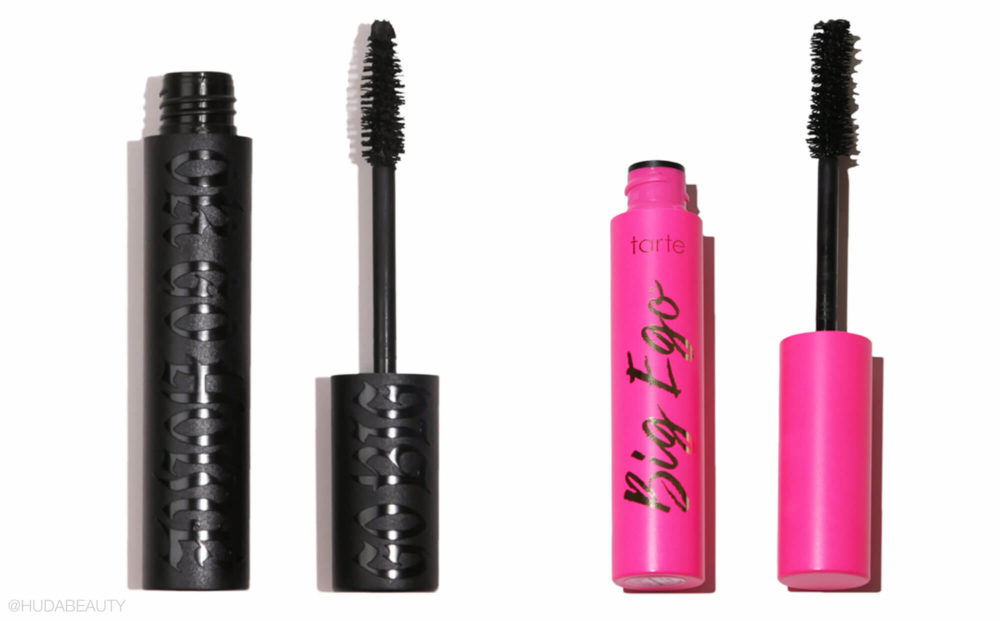 Veganism is the newest trend to hit the beauty industry – along with everything CBD-based – but you don’t need to be a vegan to enjoy vegan makeup. If you’re wondering what vegan beauty even means, it means 100% cruelty-free products that contain no animal-derived ingredients, like beeswax or lanolin (which is from sheep’s wool). Even if using vegan products isn’t important to you, we love that there are more options for people who are vegan, and the fact vegan formulas are generally great – for your skin, or lashes!

Coincidentally, makeup goddess Kat Von D and the beauty wizards at Tarte both decided to launch a new vegan mascara within the same week, so we decided to test both! Kat Von D’s Go Big or Go Home Volumizing Mascara costs $23 and claims to add extreme volume powered by plant-based fats, while Tarte’s Big Ego Vegan Mascara also costs $23 and promises to boost your lash volume and confidence!

Kat Von D Go Big or Go Home: A vegan mascara rich in black pigment made with a blend of olive and sunflower oils to give fluffy, voluminous lashes with a large bristle brush. 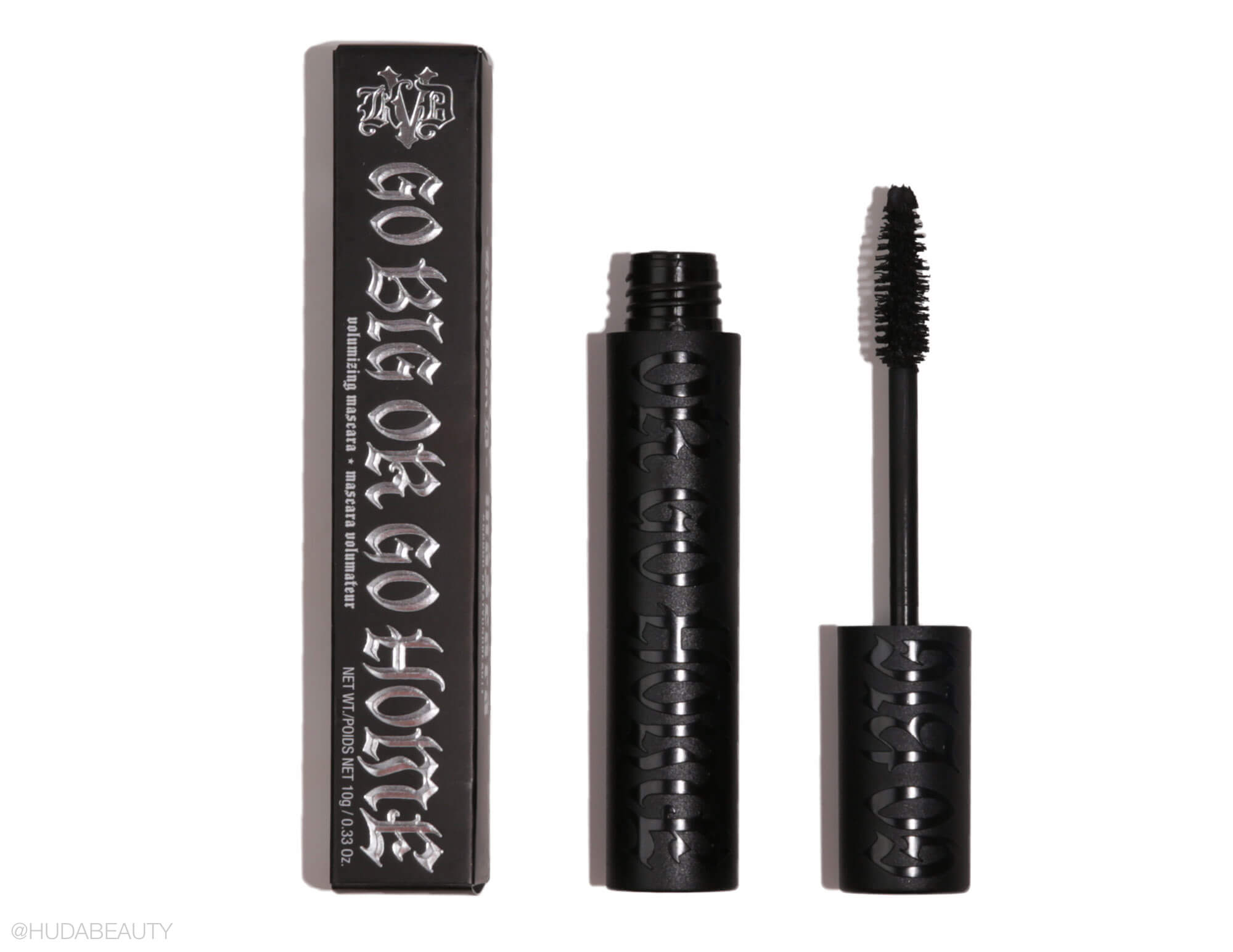 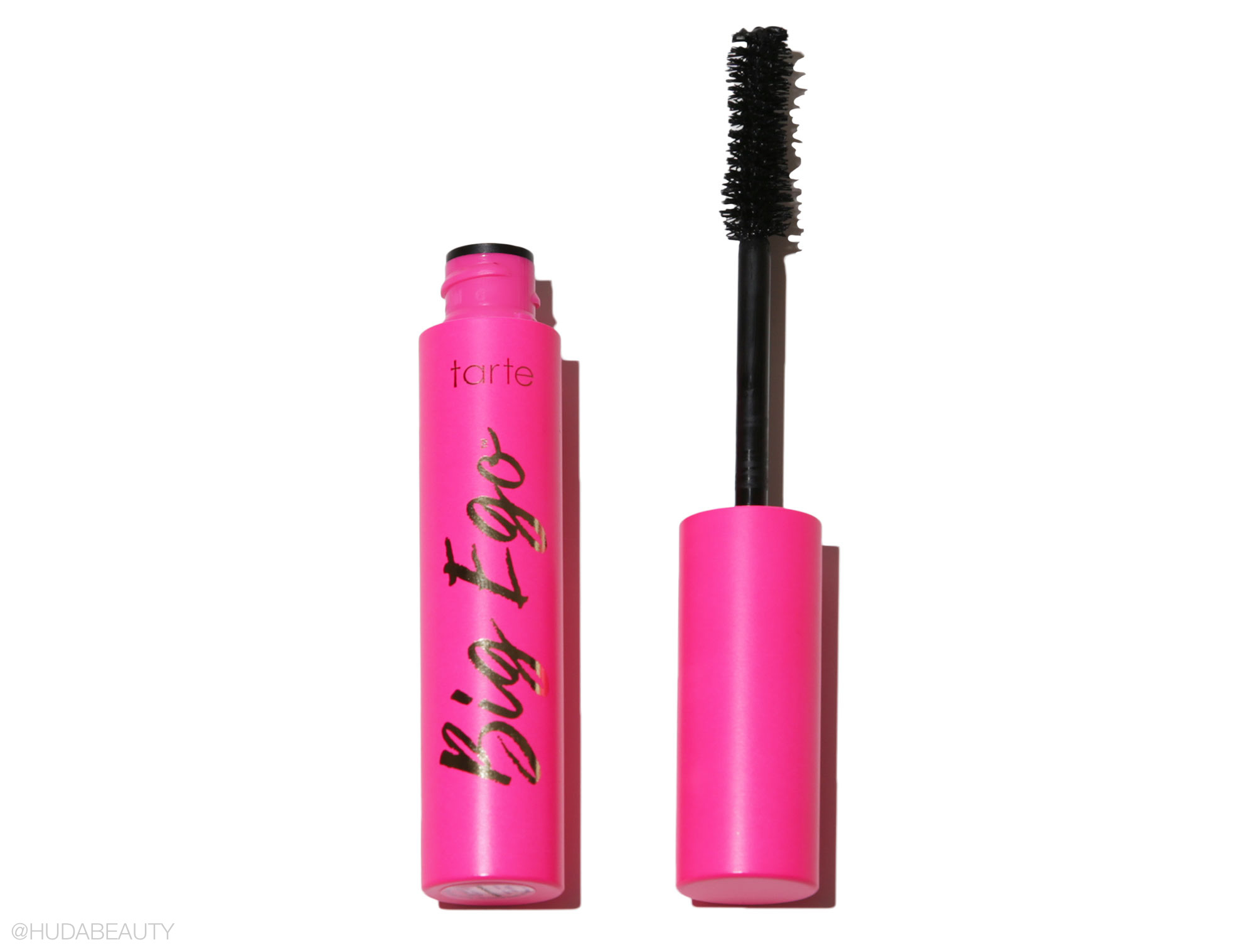 The formula and brush: Both formulas feel different to a normal mascara in that they don’t feel as ‘wet.’ We found this more so with the Kat Von D formula, which didn’t immediately cling to lashes and took a little more building up to get the payoff and volume we wanted. Both mascara wands have big bristle brushes (with different shapes), although the Kat Von D brush seemed slightly larger and we felt like we had more control with the Tarte Big Ego mascara wand, which also helped separate the lashes more efficiently. 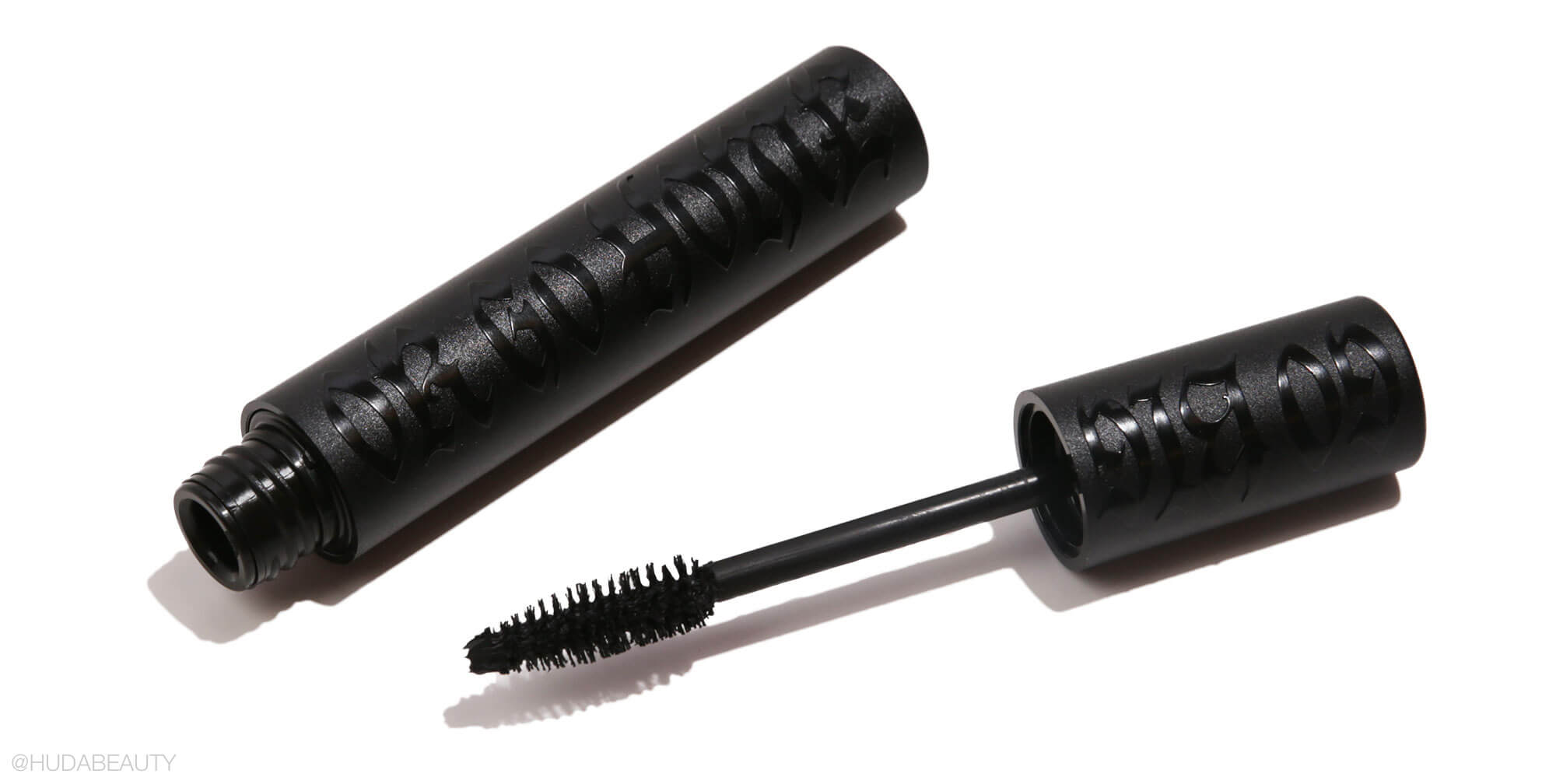 Fullness: Both mascaras added volume, but neither were as impressive as our fave Too Faced Better Than Sex mascara (which is also vegan, but also flakes!).

Before and after Kat Von D’s Go Big or Go Home Volumizing Mascara :

Length: Both formulas gave a natural finish, but if you want real lengthening drama, these might not be for you.

Wear test: Although both formulas claim to be ‘flake-free’ and ‘clump-free’ we did find a very small amount of flaking and some clumping from the KVD Go Big or Go Home mascara – the more layers we added, the clumpier it appeared, however with just a few coats it gave subtle volume and there were no clumps, so just be careful not to use too much. We didn’t notice any smudging throughout the day from either mascara.

Before and after Tarte’s Big Ego Vegan Mascara (Swipe right):

The verdict: Both mascaras are ideal if you’re looking for an everyday vegan mascara that gives a nice amount of volume and doesn’t flake or smudge. We found the Tarte Big Ego slightly easier to use and apply, and we preferred the final look and wear, so for us, the Big Ego mascara has the edge over the Kat Von D Go Big or Go Home mascara.

Have you guys tried either of these? Let us know your review in the comments below.