The 10 Best Mascaras Of All Time – From Drugstore To Luxe 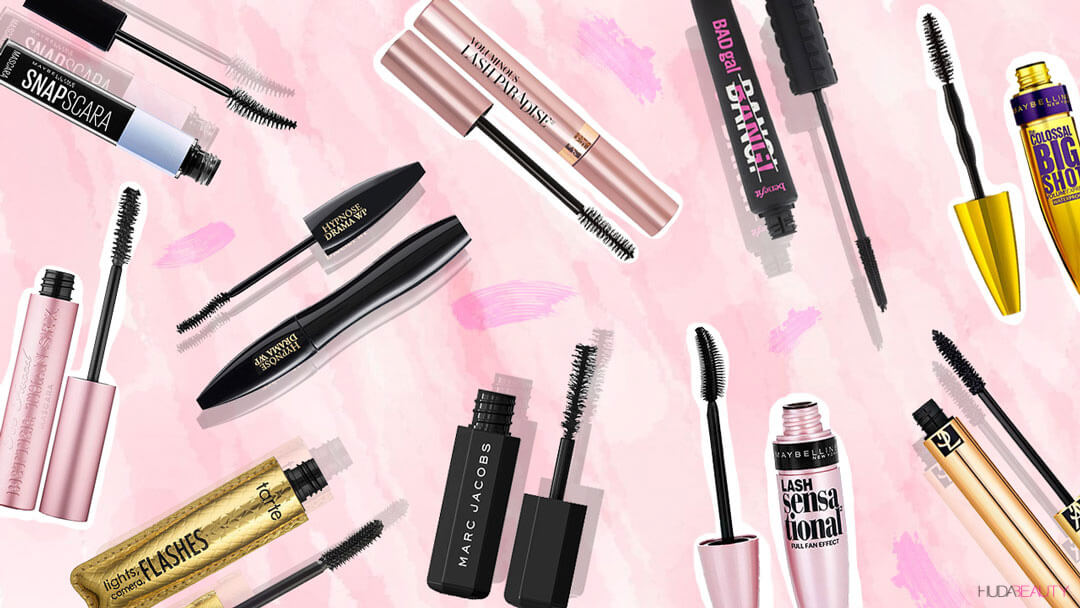 Buying your first mascara is like a rite of passage in the beauty world. You go to the store with your squad and look for the mascara that will bless you with longer, thicker lashes. After that, it’s the makeup bag staple you can’t live without. Even fake lash lovers like ourselves, can’t live without a good mascara. But this also means there are literally hundreds on the shelf, and most brands stock multiple mascaras for different lash effects. So, to help you guys pick the perfect mascara, we’ve rounded up 10 of our all-time faves from drugstore to luxe. Whether you want to add length and drama or you love a fluffy lash look, these mascaras do it all.

For Full, Thick Lashes: Too Faced Better Than Sex, $25 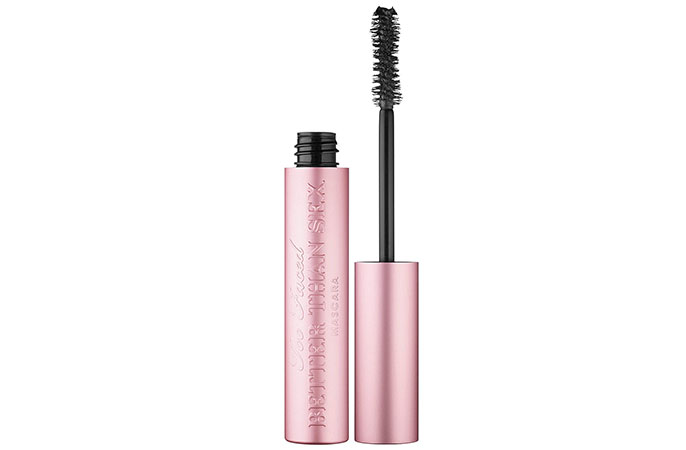 While the name is a pretty wild claim, it’s a damn good mascara, which is why it’s pretty iconic in the beauty world. The brush itself is inspired by a woman’s hourglass figure and is designed to hug every curve of your lashes. The stiff bristles separate the lashes for definition and volume while simultaneously curling the lashes.

The collagen-infused formula is intensely black and boasts a film-forming polymer so it won’t smudge through the day. It’s one of our fave formulas!

We’re also BIG fans of the new Too Faced Damn Girl Mascara, which boasts a supersize wand and insane volume from root to tip. Check out our full review here. 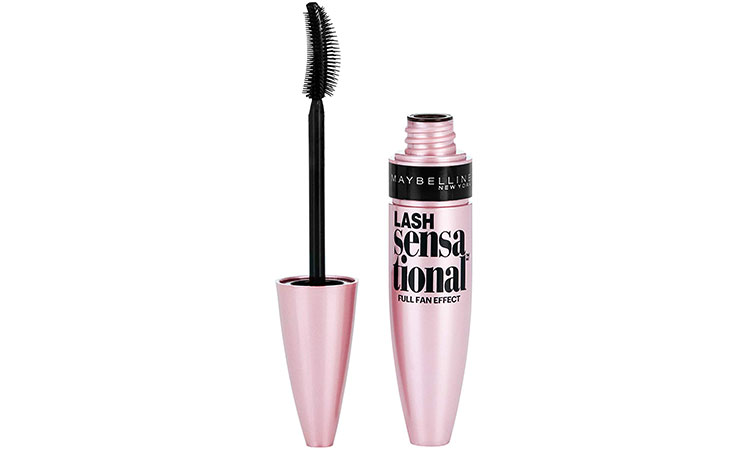 If Meghan Markle uses and recommends a drugstore mascara, that’s all the proof we need to know this mascara is the one. But the actual wand and formula speak for themselves. The fanning brush has ten layers of bristles to separate and build drama to give a very full-lash effect.

The formula is also infused with three essential oils; rose oil, argan oil, and safflower oil to nourish the lashes and prevent them from looking brittle. There’s also a waterproof sister if you’re looking to sweat-proof your mascara.

If you like your lashes to look super fluffy, long, and thick, this is the mascara for you. It gives your lashes that sexy wispy feel that we’re obsessed with. Plus, you can layer TF out of it and add drama and volume in minutes.

After six weeks of use – which btw is the average life expectancy of a mascara – it did get a little dry, but we added one drop of castor oil into the bottle and it softened up to give us another two weeks use. There is a little bit of fallout with this mascara (it’s a small price to pay for the level of volume) so check in on your bathroom trips! 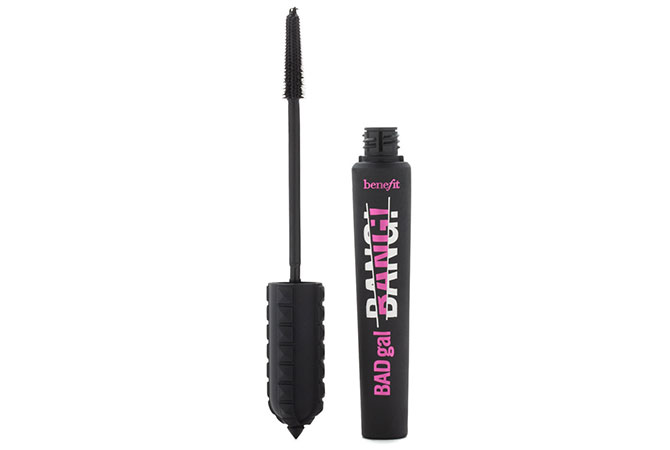 This mascara has a cult following for a reason – the smudge-proof, water-resistant mascara adds INSANE drama in seconds.

The formula contains aero-particles, derived from space technology to add thickness without weighing down your lashes. It’s also infused with Provitamin B5 to help strengthen your lashes. The brush is slightly wider at the base, so you can reach the inner corners of your lashes, which makes application super easy and mess-free. 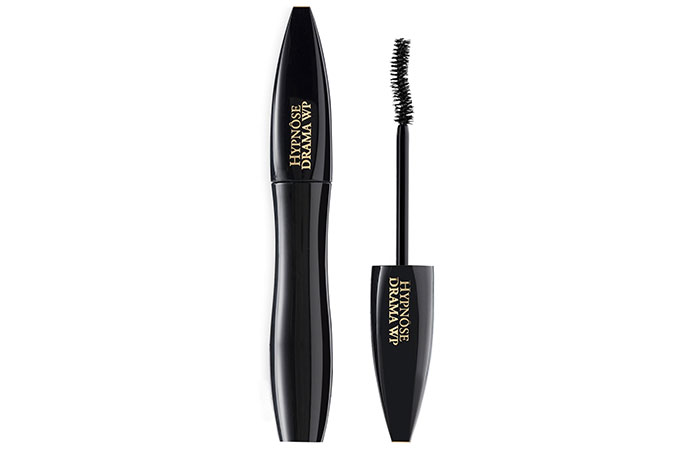 This mascara is an oldie but a goodie. You can use it every day or when you’re going all-out glam.

We love that it’s easily buildable as the patented brush reaches from root to tip to lengthen the lash while the formula (enriched with vitamin b5) thickens the lashes without clumping them together. 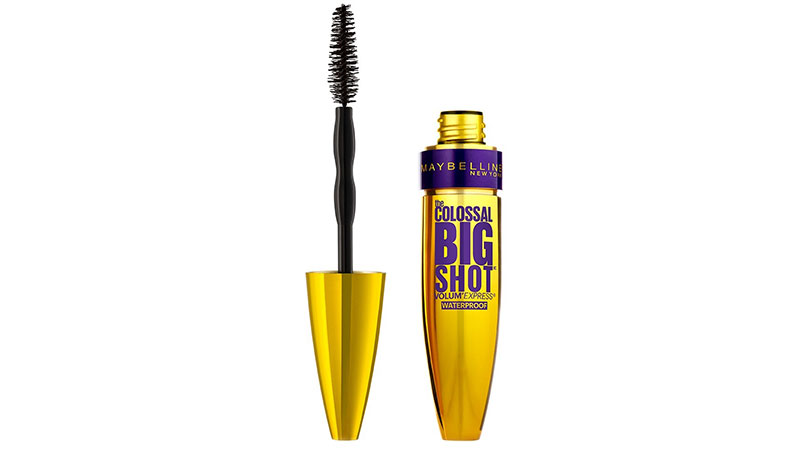 If you want to achieve that false lash effect, this is the ultimate mascara. The long thick wand adds volume in just one coat as the wavy bristle cradle the lashes, allowing you to reach from root to tip.

The formula is infused with collagen to thicken and plump the lashes without looking clumpy. There can be a little fallout when this formula gets dry, so remember not to pump your mascara to increase the shelf-life. 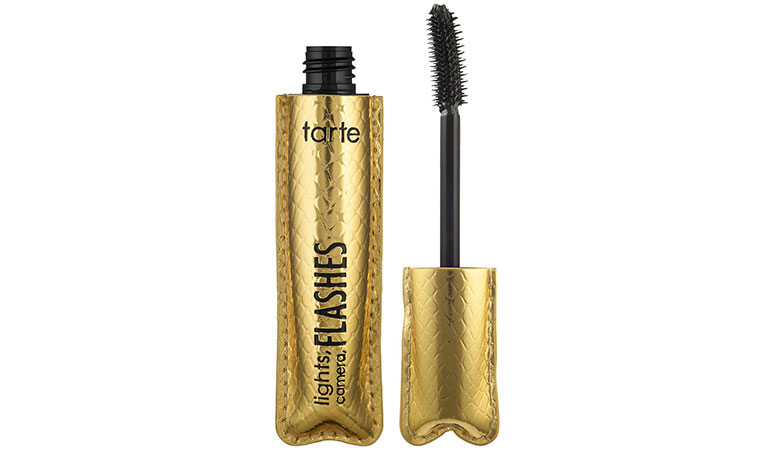 This ultra-black mascara is ideal if you want to lengthen and curl your lashes without the risk of clumps. The rubber, dual-molded brush has shorter and longer bristles to separate and magnify the lashes to amp up your look.

We use this as our everyday mascara as it has a very natural finish that instantly opens up the eye, and you don’t need to layer it on to get this effect. The formula is also packed with vitamins to condition the lashes, while beeswax creates a protective barrier on lashes.

The name “Velvet Noir” was inspired by Marc’s mother, who would shave pieces of velvet into her mascara to thicken her lashes – now that’s commitment! The formula now contains the Flash Volume Complex to thicken the lashes and add volume that’s completely smudge-proof.

The curve of the brush allows you to reach even the shortest lashes as it mimics the shape of your eye. It’s a great base mascara if you’re a false lash addict like us, as the formula is literally jet black. 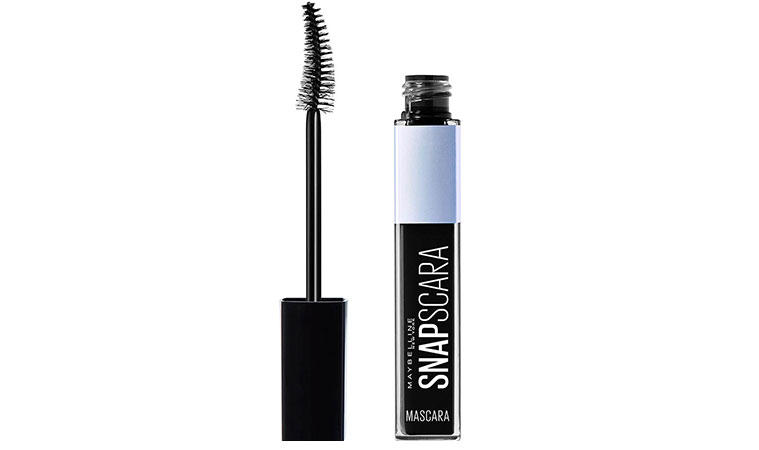 Okay, so we’ve officially learned from this round-up that Maybelline comes through with the drugstore mascaras, and when we discovered this mascara, we were shook. The curved wand hugs to your lashes with every swipe delivering major volume without clumping.

The formula is Maybelline’s first wax-free formula, which means it washes off easily with water (no panda eyes here), but it also lasts all day and doesn’t smudge. at. all! It also comes in brown, blue and purple, so if you love to experiment with bold colors, this is a great choice. We love the brown mascara for a really natural finish – perfect for the no-makeup makeup look. 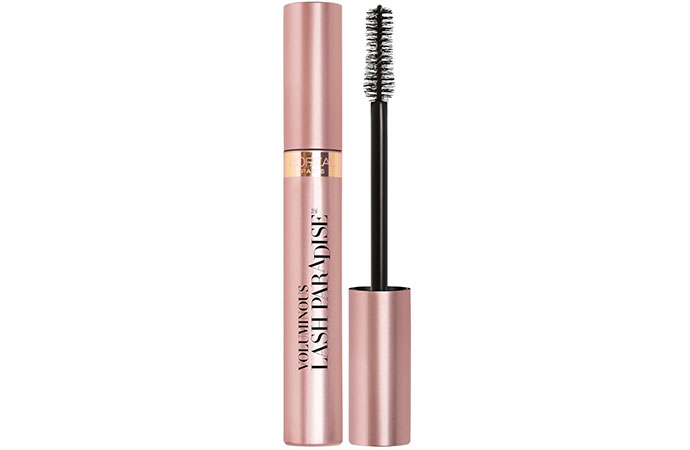 While we won’t say we saved the best ’til last, this is the mascara that Beyoncé is known to use – yup, it’s Queen Bee approved! Beyonce’s go-to MUA, Sir John told us: “This is hands down my go-to mascara. It has become a major staple in my kit and gives you that super feathery lash look we all love.”

Plus, it really does add a ton of volume and length; probably the reason one of these mascara is sold every 5 seconds! We love that you don’t need to spend hours loading this up – the smooth formula glides onto lashes instantly to coat lashes in an intensely black formula. This is definitely one of our fave mascaras on the list!

Have you guys used any of these mascaras? Let us know your fave mascara in the comments below.