Can The Vaccine Impact Your Period? The Experts Weigh In 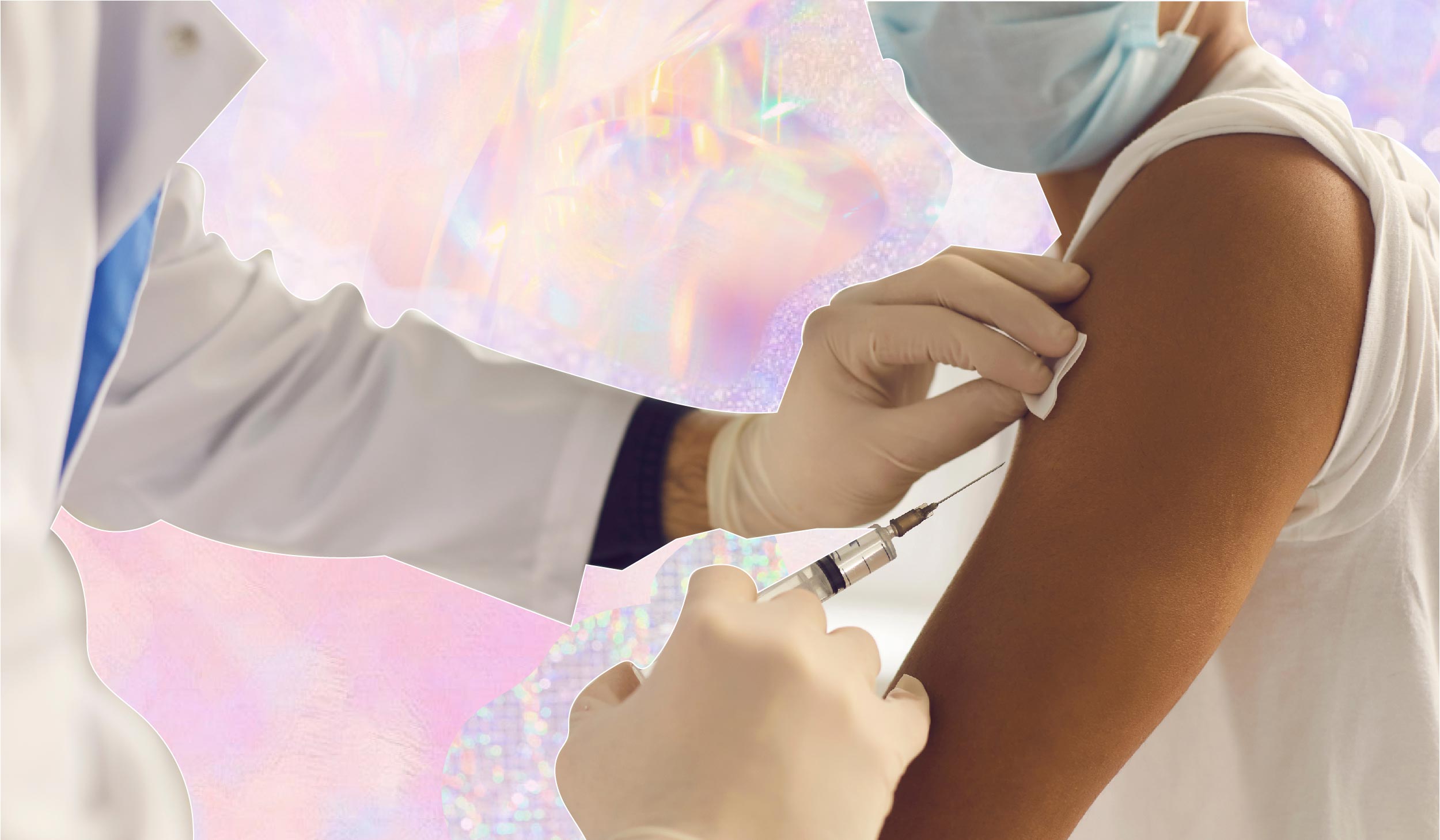 All over the world, the COVID-19 vaccination is being rolled out to almost all age groups RN, including millions of menstruaters. Over the past few months, whispers about the vaccine causing irregular periods have developed into countless articles, social media discussions, and numerous Reddit threads. However, we’re the first people to tell you that you shouldn’t believe everything you read online, and it’s always best to consult a practicing physician. So, that’s exactly what we did. We got in touch with Rebecca Booth, M.D. OB/GYN & Co-Founder Veneffect Skin Care and Mary Jane Minkin MD. from Yale School of Medicine and asked them our burning questions:

After a few months of the vaccination rollout, people reported a change to their menstrual cycle post-vaccination, including bleeding earlier than expected, spotting, heavier bleeding, and painful periods. There were even some accounts of trans men and menopausal women bleeding post-vaccination. In the UK, figures were released stating that almost 4,000 people reported period irregularities after receiving the vaccine.

In the US, Dr. Kate Clancy, a US medical anthropologist shared her experience after getting the Moderna vaccine; she revealed that her period came earlier and was much heavier than usual. Several people responded with similar experiences, which led her to launch a survey to collate more data. Here’s what the experts had to say on the matter.

Cycle Syncing: How To Conquer Your Hormones & Feel Empowered

Can The Vaccine Impact Your Menstrual Cycle?

According to Dr. Booth, “Most vaccines result in a boost to your immune system, and this can result in mild inflammation in the body. Inflammation may upset the delicate balance of hormones that regulate the menstrual cycle.” She adds that your chosen method of contraception could also play a role. Dr. Booth explains, “Women on hormonal birth control may metabolize the hormone slightly differently, and this too can cause a cycle to change temporarily.” However, Mary Jane Minkin adds that “there is very little data” at this point, so it’s hard to determine the exact cause and effect.

How Will It Impact Your Next Period?

Dr. Booth insists, “Usually there is no change in a woman’s hormonal cycle, but irregularity such as an early or late period may happen.” She adds, “If a period is skipped sometimes, the following period will be a bit heavier.”

Dr. Minkin also agrees and told us, “Anecdotally, some women say that the vaccine has seemed to make their periods heavier or more irregular, but the effect, if indeed it does occur, should be transient.”

If it Does Impact Your Period, When is the Best Time to Get the Vaccine?

Due to bleeding irregularity, we wondered if there was a “best time” to get your vaccine. However, both Dr. Minkin and Dr. Booth agreed, “There is no absolute “best time” to get the vaccine in a cycle, but understanding that changes may occur is helpful, as well as knowing the change should only be temporary.”

What We’ve Learned From This…

When it comes to your body, particularly your period, knowledge is power, and awareness is key. If you decide to get the vaccine, the most important thing to learn from this is to be prepared for possible fluctuations or a heavier period. According to our experts, these fluctuations shouldn’t last longer than one or two cycles, however, some personal accounts have suggested otherwise. It’s also important to note that if you experience continual, heavy bleeding or irregular periods, this could indicate a different health concern, so it’s always best to see a doctor if something in your body changes or feels unusual.

Did the vaccine impact your period? Let us know in the comments below.