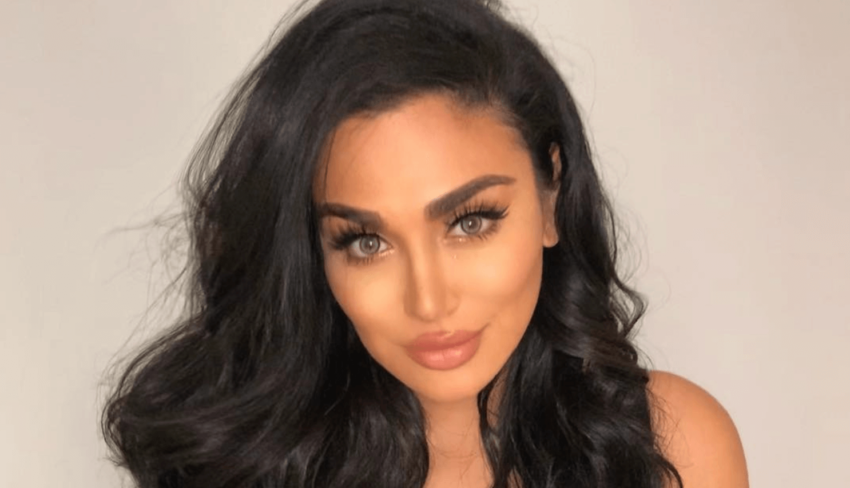 Hey my loves! So, I’ve been doing this DIY for over a year now and I’ve seen such a huge difference in the health and length of my lashes and brows. I swear, within weeks I noticed a difference! If you try this hack morning and night, you’ll have lashes Bambi would be proud of and brows to rival Cara Delevigne. This has to be the easiest DIY in Huda Beauty history, it’s literally one ingredient; Jamaican Black Castor Oil (JBCO). It’s bursting with beauty-enhancing vitamins that’ll stimulate growth, making it the perfect remedy for short lashes like mine, and sparse brows. JBCO can even be used to combat acne, PMS and insomnia! Here’s everything you need to know:

Chances are, you’ve already heard of castor oil, but it’s unlikely that you’ve been introduced to its more powerful sister –  Jamaican black castor oil. So don’t get confused between the two, because JBCO is a lot more potent, thanks to the unique extraction process. Unlike regular castor oil, the seeds of JBCO are roasted and ground into a mulch, which is then heated over a wood fire. As the oil reaches the surface, it’s skimmed off and extracted. The oil is completely natural and isn’t diluted or altered, so the nutrients and vitamins pack a great punch. 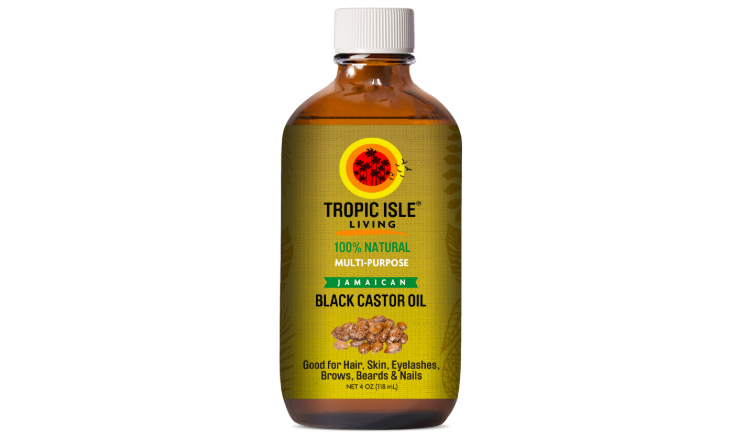 For your lashes and brows: Castor oil is rich in omega-6 and omega-9 fatty acids, as well as ricinoleic, all of which will help stimulate growth, leaving you with longer lashes. It also contains beauty-boosting vitamin E, that’ll not only boost growth but it’ll leave your lashes looking thicker. We’re currently using the Tropic Isle Living Jamaican Black Castor Oil, $8, as it’s 100% pure JBCO and is hand processed from pure wildcrafted and organic beans, so it doesn’t contain any nasty chemicals and is extra potent.

Start by ensuring your brows and lashes are clean of any makeup or other creams, I like to do this step after I’ve splashed my face with water in the morning and after I’ve double cleansed and toned at night. Then, soak a cotton bud (I use these amazing tiny micro buds from Amazon, $7) in castor oil, then brush through your lashes and eyebrows. Sometimes I just add a drop to my fingers and gently press into my brows and lashes. Massage your brows to ensure that the castor oil coats each hair. Do this every night before you sleep (and in the morning if you have time) – I noticed a difference in about three weeks. And don’t worry, it won’t transfer onto your pillow, it’ll be absorbed into your lashes in about 10 minutes. If you’re having a makeup-free day, then go ahead and apply it during the day as well.

P.S. Jamaican black castor oil isn’t just great for your lashes; here’s how to maximize on its powers:

For your skin: Jamaican black castor oil has both anti-inflammatory and anti-fungal properties, which means it’s great at soothing existing breakouts and helping to prevent future pimples as it kills acne-inducing bacteria. Just massage a small drop of oil onto cleansed skin, then gently remove the oil with a washcloth soaked in boiling water (make sure you let the cloth cool a little before using it)!

For your health: Jamaican black castor oil also has some major health benefits and is used as a natural remedy to help insomnia and to relieve menstrual cramps. Massage the oil onto your skin, either to your lower abdomen or your temples. The oil is packed with anti-inflammatory properties and can even help detoxify the body.

Let us know if you’ve tried castor oil for your lashes and brows in the comments below.