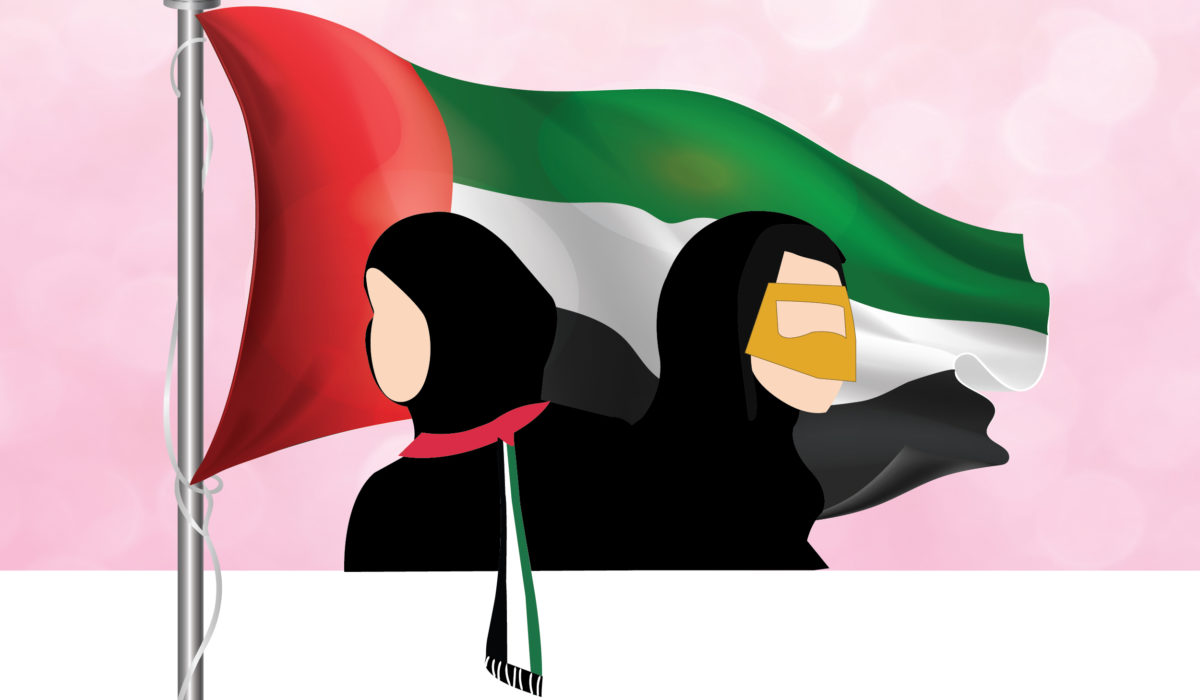 In celebration of Emirati Women’s Day, we wanted to take this opportunity to highlight 20 incredible women who are making a difference. The day of celebration was first established in 2015 and is dedicated to shining a light on the contributions and value that Emirati women bring to the UAE.

Today, we’re celebrating women who have paved the way and represent important key pillars of the government, and the women who continue to create opportunities, not just for local women, but for all women in the region. And just as important, the movers and shakers who will be the next generation of entrepreneurs, businesswomen, innovators, and educators, who will continue to transform the landscape of the UAE.

So, in no particular order, here are some inspiring leaders making positive change and trailblazing the way for other women. 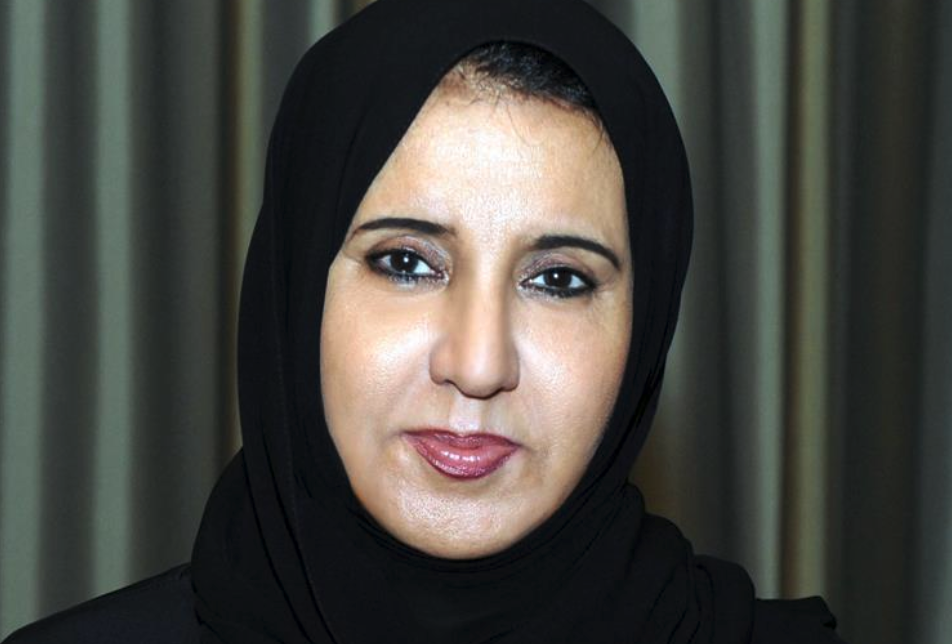 Sheikha Fatima bint Mubarak was given the title “Mother of Nation” in honor of her phenomenal impact promoting the role of women in her community, both locally, regionally, and internationally. She has redefined what it means to be a woman in the UAE. 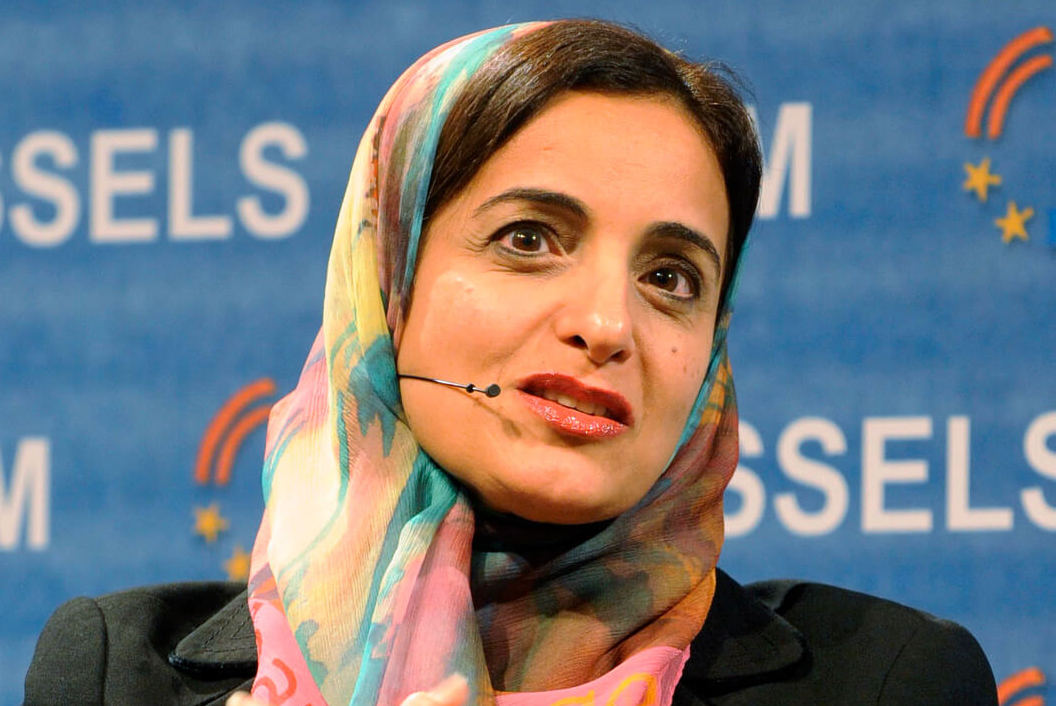 Sheikha Lubna AL Qasimi is a real trailblazer – her list of accomplishments, at times, feels endless. Academically she holds a doctorate from the University Of Exeter in Economics from the Hankuk University of Foreign Studies, and in Science from the California State University of Chico. And that was before her career even started. Now, she’s listed as the 36th most powerful woman in the world and was the first woman in the UAEs history to hold a cabinet position. She has since moved from the Minister of Foreign Trade to The Minister of State for Tolerance, which regards patience and understanding at its core. 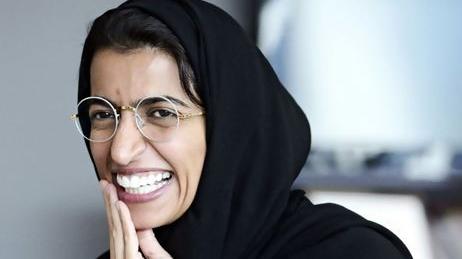 Ranked amongst the Top 30 Most Influential Women in Government by Forbes Middle East, as well as Businesswoman of the Year at the Gulf Business Awards, HE Noura Al Kaabi is not going unnoticed. In fact, she is leading the way as an Emirati businesswoman and currently holds the title of Minister of Culture and Knowledge Development for the UAE. 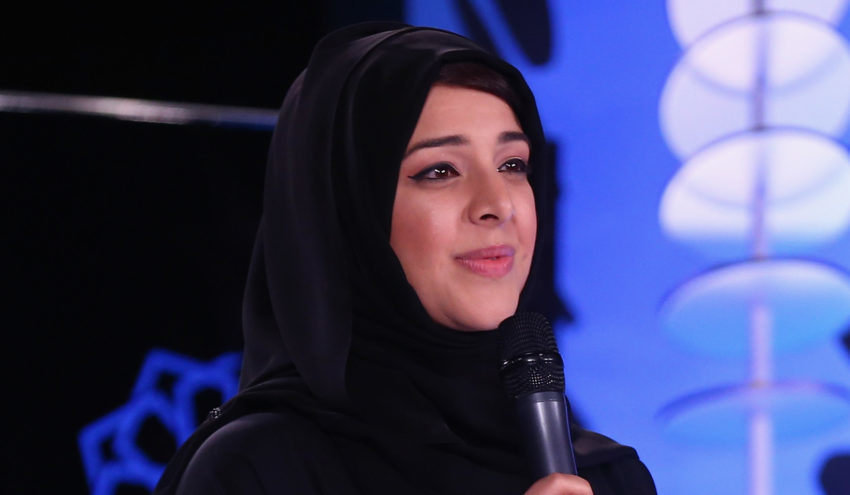 Whether she’s overseeing the Dubai Expo Committee or the philanthropic organization, Dubai Cares, Reem is giving back to her community in every way she can. Her charitable nature isn’t just limited to the UAE borders, as she now holds the title of Minister of State for International Cooperation, in the UAE’s Ministry of Foreign Affairs and International Cooperation. 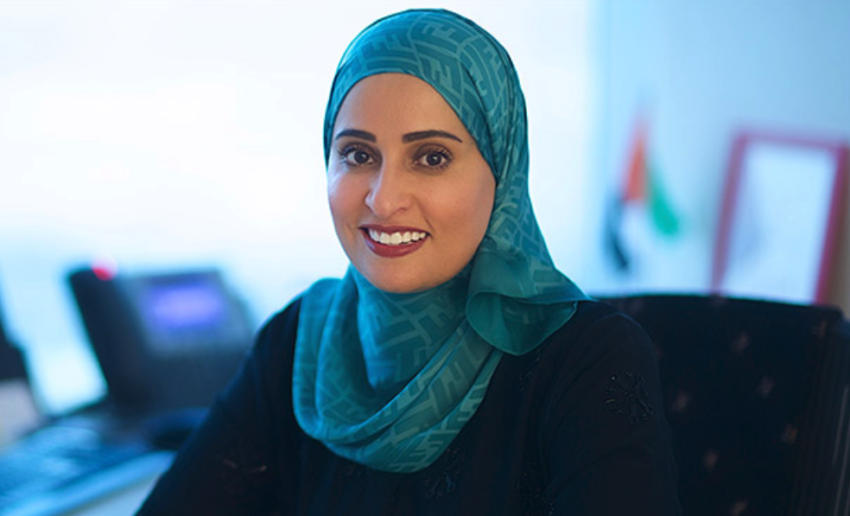 When Al Roumi was appointed Minister of State for Government Development and the Future (also known as the Minister of Happiness of the UAE), she was one of eight female ministers in the twenty-nine member cabinet, leading the way for young Emirati women to create their own positions of power.

However, her list of accolades was only beginning. She is also the Director-General of the Prime Minister’s Office, overseeing government strategy and Vice-President of the World Government Summit Organization and the first Arab member of the United Nations’ Global Entrepreneurship Council. She’s forward-thinking: an architect for the future of the UAE. 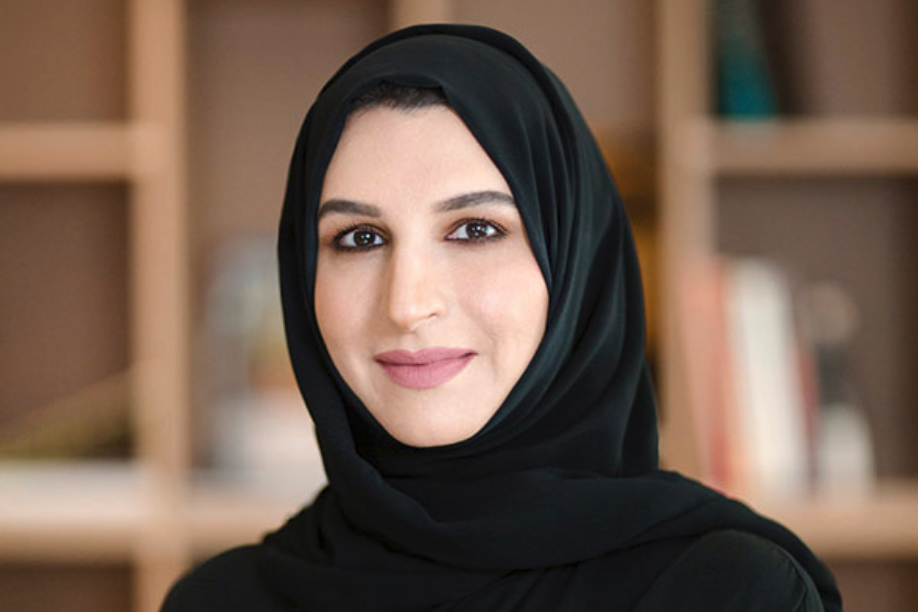 “Every day is an opportunity to learn something new,” says Hala Badri, Director General of Dubai Culture & Arts Authority when speaking to the Entrepreneur.

She’s a wonderful example of what it means to be a modern woman. So, instead of using our words to explain her impact and gumption, we’ll let Hala speak for herself, “Female leaders in this space have paved the way to integrating the past with the present, creating opportunities for the future. I strongly believe in the positive impact that women in their community can have, and I am proud that 63% of Dubai Culture’s workforce comprises women.” 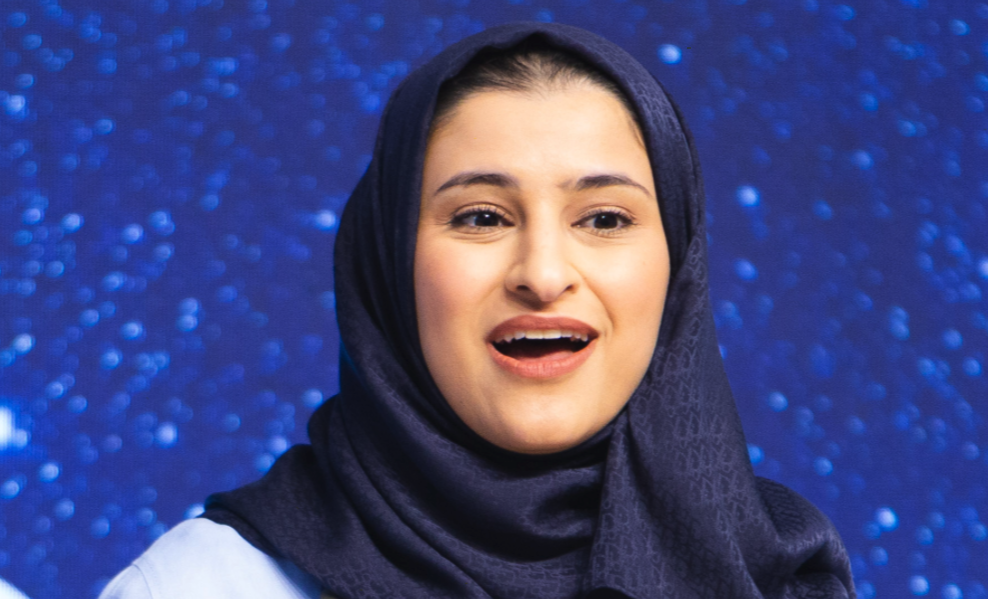 Sarah Al Amiri is THE scientist who led the Arab world’s first interplanetary mission: the mission to Mars. Now that’s a mic drop moment! However, it wasn’t an easy ride, in fact, Al Amiri spoke to Nature about the frequent discouragement that her team would face… “You guys are a bunch of kids. How are you going to reach Mars?” But she didn’t let other people’s disbelief hinder her progress. She’s resilient and ambitious, and she clearly has the drive and passion to complete her mission. 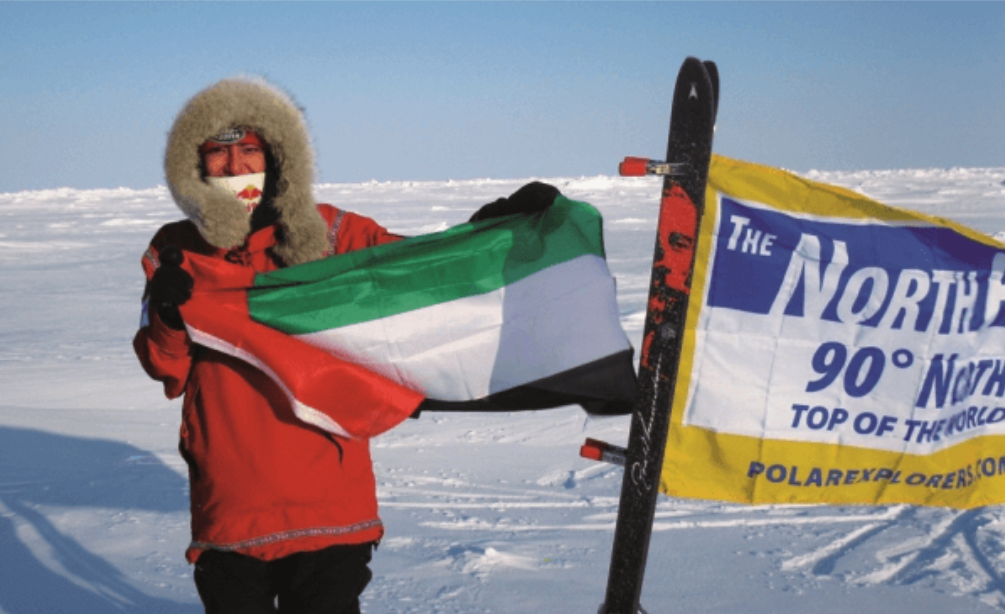 As the first Emirati and Arab woman to reach the North Pole, Elham doesn’t let unchartered ground stop her from achieving her goals. In fact, she wants to encourage and empower young women everywhere, particularly in the UAE, to do more and be better. When speaking to Arabian Business she said, “Empowering women in our society is, in fact, not only our collective responsibility but our national duty.” 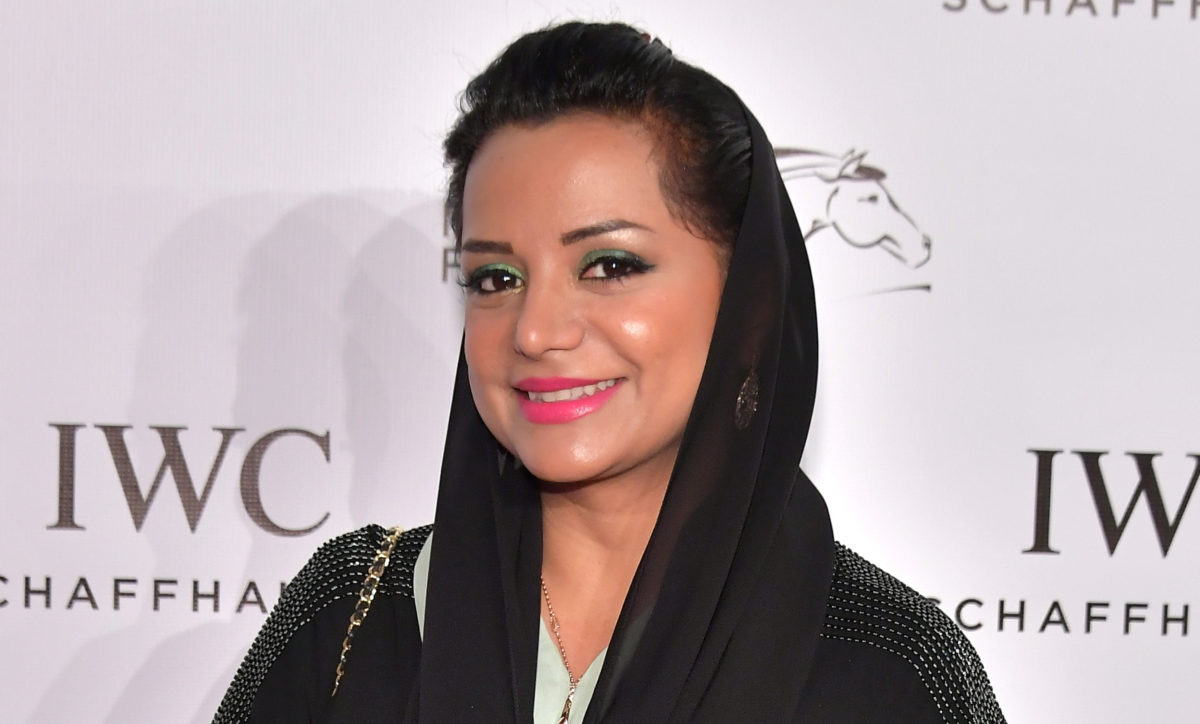 Nayla is the first female film Director and Producer in the United Arab Emirates and the CEO of her own company, Nayla Al Khaja Films. Not only has Nayla directed several films, all of which were presented and awarded in many international film festivals, in 2007 she also founded The Scene Club, Dubai’s first film club, which now boasts over 22k registered members. Dedicated to promoting and developing the UAE’s film industry, she’s also a huge advocate and trailblazer for Women in Cinema, and she was even ranked among the Top 50 Most Powerful Personalities in Arab Cinema, and 100 Most Powerful Arabs under 40 by Arabian Business Magazine. Among many other accolades and noteworthy awards, she still finds time to support and mentor local talent. A true female boss! 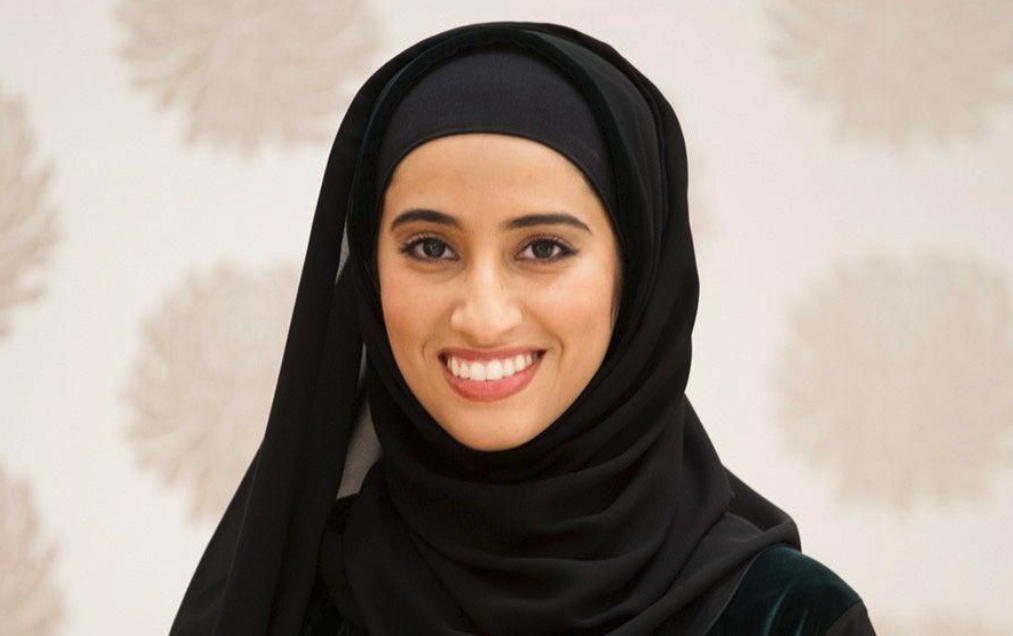 Emirati entrepreneur and the brains behind Be Symphony, Salama Alabbar, is another brilliant, creative, intuitive businesswoman making waves in the region. From her evergrowing e-commerce site, By Symphony, to her chic and incredibly successful retail space, Salama has succeeded in an area in which so many people have failed. And yet, she has remained humble, and kind  – now that’s a businesswoman we can get behind.

20 Women That Inspire Us Every. Single. Day. 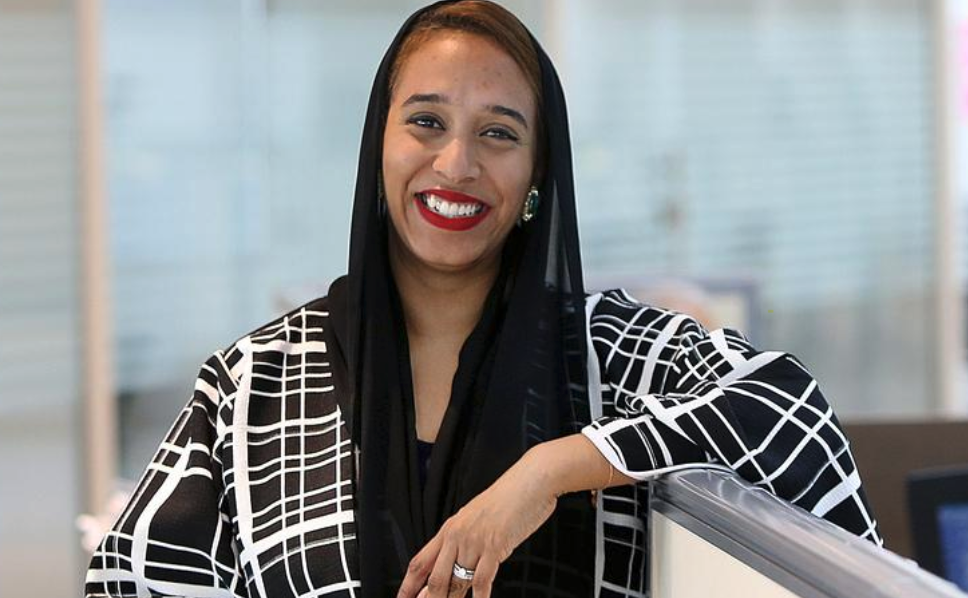 Aida is not only leading a successful career – she’s the Director of C2C Campaigns andC2C Marketing Management at Dubai Tourism – she’s also a champion for her community and is a frequent lecturer on the role of working Emirati women across universities in the UAE. More specifically, through the E7 Daughters of the Emirates, a project she co-founded that works to develop and encourage young Emirati women to implement positive change. Aida is a woman who empowers other women, and that most definitely deserves to be celebrated. 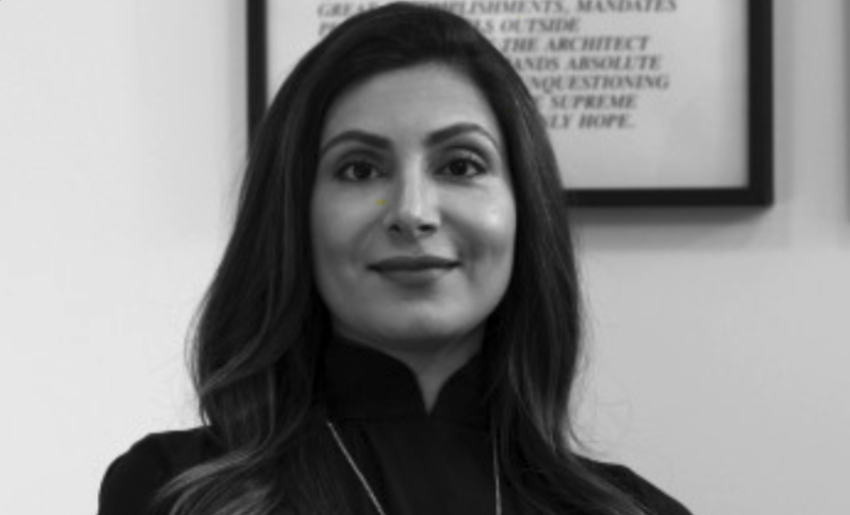 If you haven’t heard of Dr. Lamees Hamdan, you may have heard of her luxury skincare line, Shiffa Skincare, or read some of her expert tips in one of our previous posts. The line of highly effective, natural formulas are now shipped to over 40 countries and stocked in the world’s most exclusive spas! Dr. Lamees Hamdan is proof that if you have a dream, you should never be afraid to go for it. 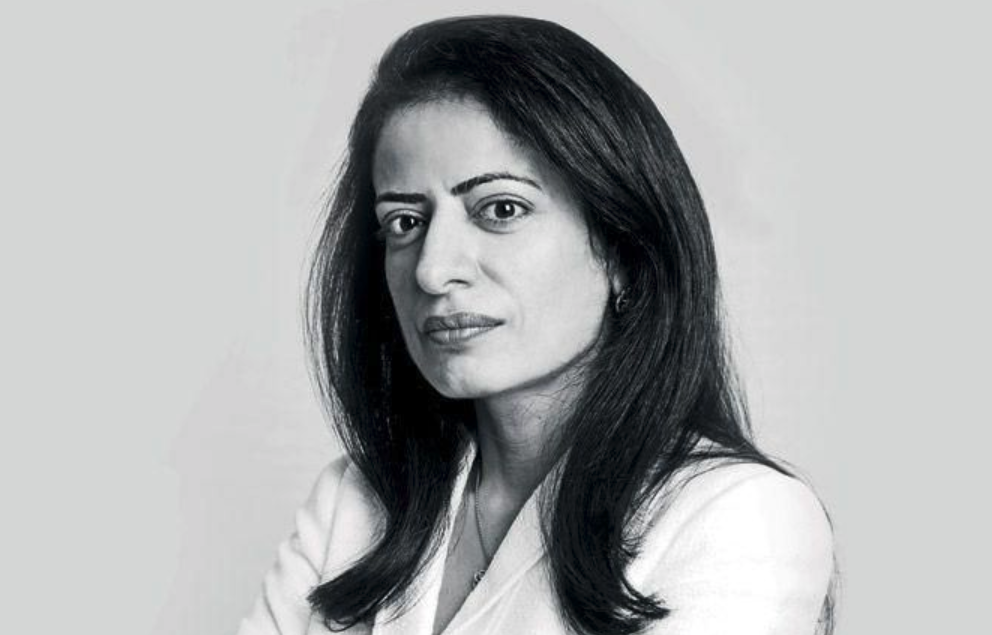 Dr. Amina Al Rustamani is the driving force behind Dubai’s vision to become a global destination for fashion, design, and business. Among many other accomplishments, Amina was the chief executive of Tecom Investments,  responsible for developing the Dubai Design District, while she also founded and chaired the Dubai Design and Fashion Council. She now works on her own family business and is redefining the term visionary. 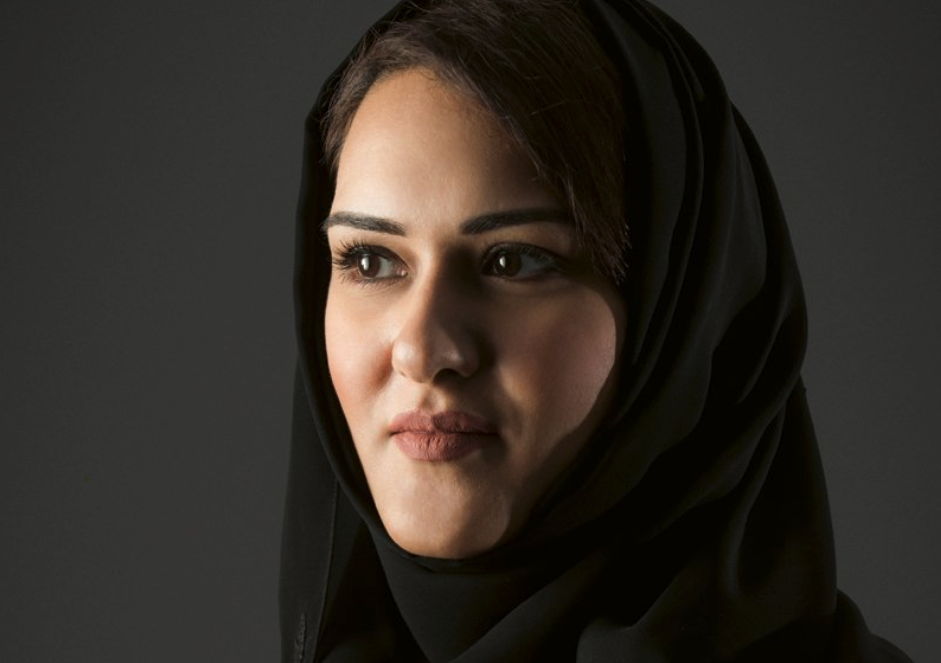 If someone ever questions the positioning of Emirati women in society today, refer to the story of Hind Seddiqi. Hind is the daughter of luxury watchmaker Abdul Hamied Seddiqi of the prestigious watch retailer, Ahmed Seddiqi & Sons. However, it could be renamed Ahmed Seddiqi & Sons and Daughters, as Hind is now the Chief Marketing & Communications Officer at Seddiqi Holding, as well as Director General at Dubai Watch Week. It’s clear that this generation of Emirati women are leaders, money-makers, and entrepreneurs in their own right. 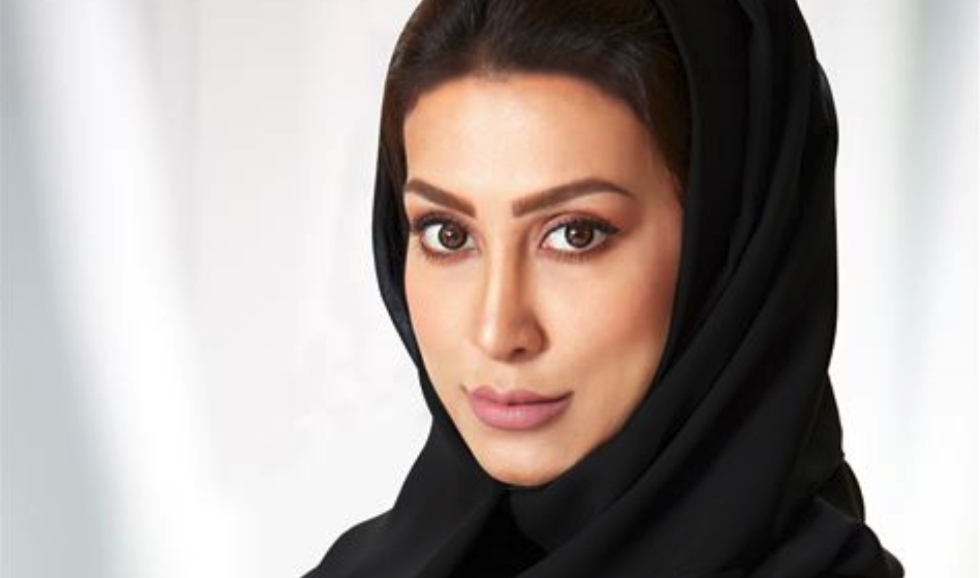 Dubai Design District (D3) is the beating heart of creativity in the UAE and home to local and international brands including Dior, Burberry, Zaha Hadid Architects, and Foster + Partners. Khadija is the executive director of D3 and the force and brainchild of its innovation and growth. A powerful woman and a true force to be reckoned with. 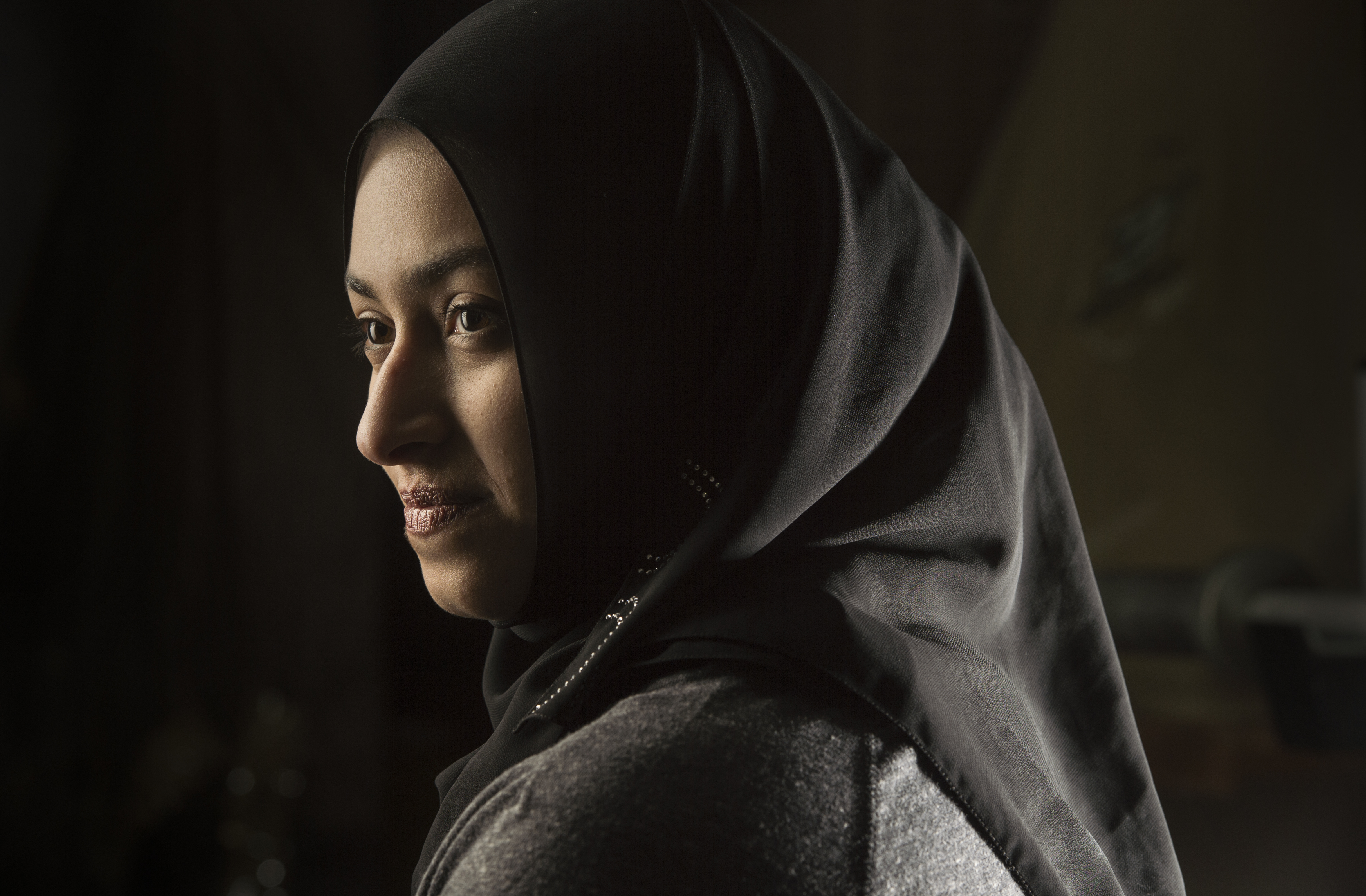 Amna Al Haddad has defied the outdated stereotype of an Arab woman and instead, is a figurehead of change for the region, and Muslim women worldwide. The record-breaking weightlifter started making waves in 2015 when she became the first Emirati and GCC national to compete in the Asia Regionals and the only Muslim woman to do so in a headscarf and unitard. She then went on to become the first Arab female athlete to signal off the Nike We Run Dubai 10K race in 2015. Needless to say, she’s strong, resilient, and a fighter. 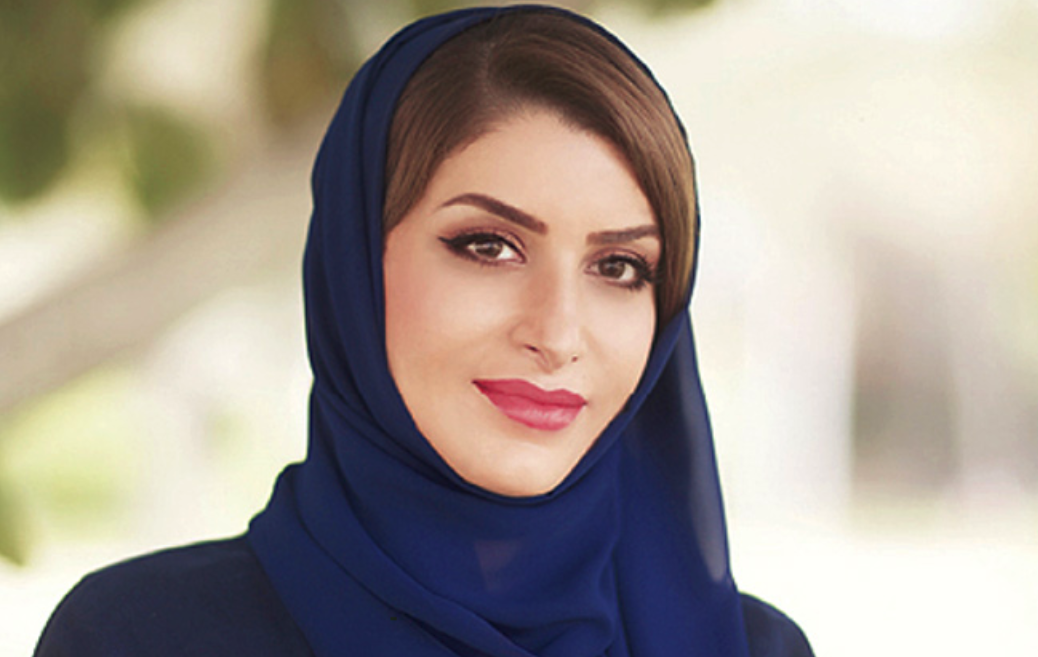 Lamia Khan currently holds the position of Director at the Dubai Ladies Club, a prestigious establishment in the UAE, which nurtures the emotional, physical, and spiritual wellbeing of its female members. Before holding this title, she worked at some of the most successful empires in the UAE, leading their PR and marketing departments. Lamia is proof that when you work hard, nothing can stop you. 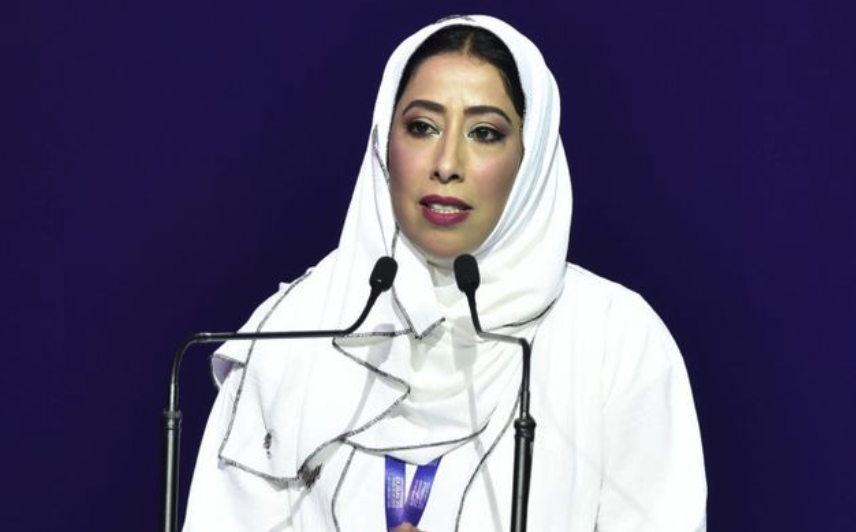 Mona has paved the way for women in the UAE for the past two decades. As the Managing Director and Chairperson of the Board of Directors for the Dubai Women Establishment, and also through her work at the Dubai Media Office. She has given Emirati women a sense of independence and pushed for female growth within society through the creation of the Dubai Ladies Club, and from an institutional level as Vice President of the UAE Gender Balance Council. The council was established to reduce the gender gap across government sectors to ensure systemic progress was being made to benefit both men and women – a true feminist. 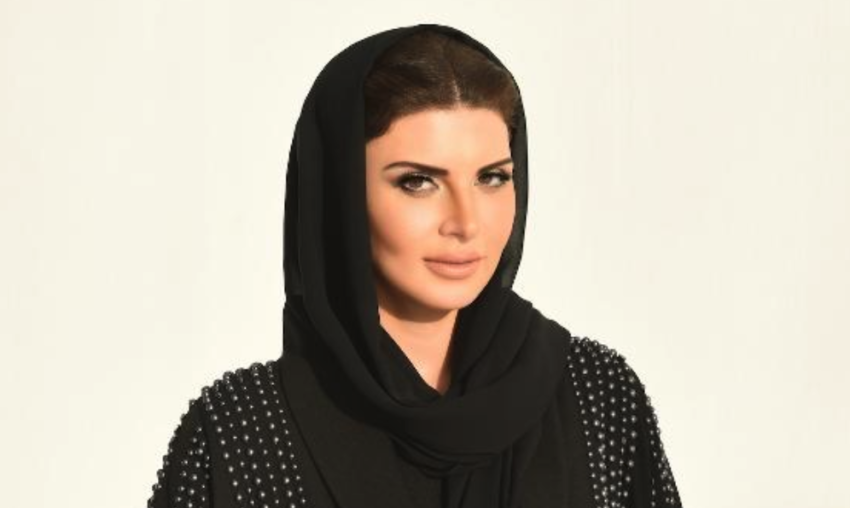 Shayma redefines the term overachiever. After earning her Ph. D. in genetics, she became Vice President of healthcare at Mubadala: an investment company in Abu Dhabi. However, she left her position to pursue her passion and started a gourmet restaurant franchise named Gossip Cafe. Since the birth of the concept in Sharjah, the popular cafe has locations all over the UAE, and even had a pop up in London, which was visited by Sheikh Mohammed bin Rashid, Vice President and Ruler of Dubai. We have to admit, their saffron and pistachio milk cake is fit for royalty! 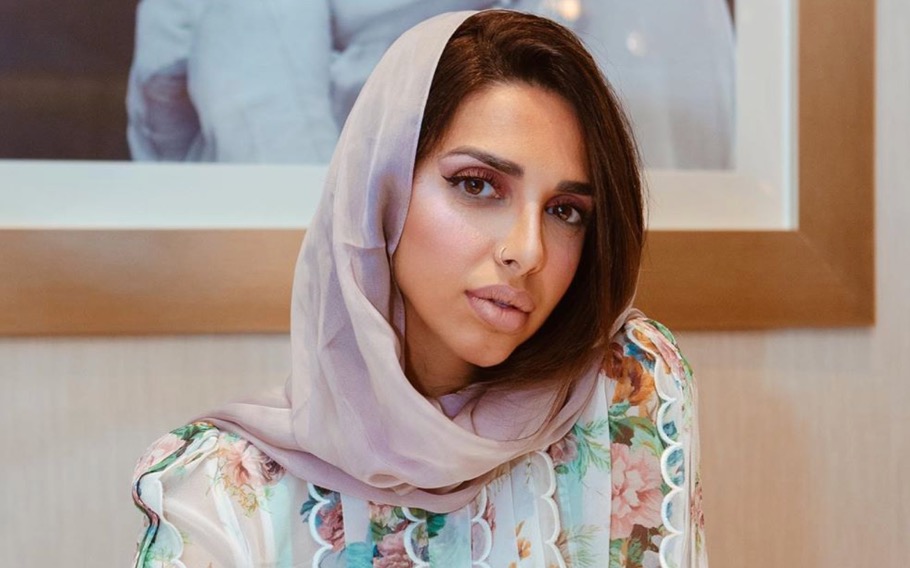 When you survey Sara’s long list of achievements, you begin to wonder is there is any field she can’t dominate? She’s a renowned fashion designer, tech pioneer, a CEO of multiple companies, and the youngest board member of Sharjah Chamber of Commerce and Industry. She’s literally unstoppable! She’s also an active member of the community and somehow finds the time to also speak at many universities, colleges, and institutes, sharing her knowledge and experience with the younger generation. 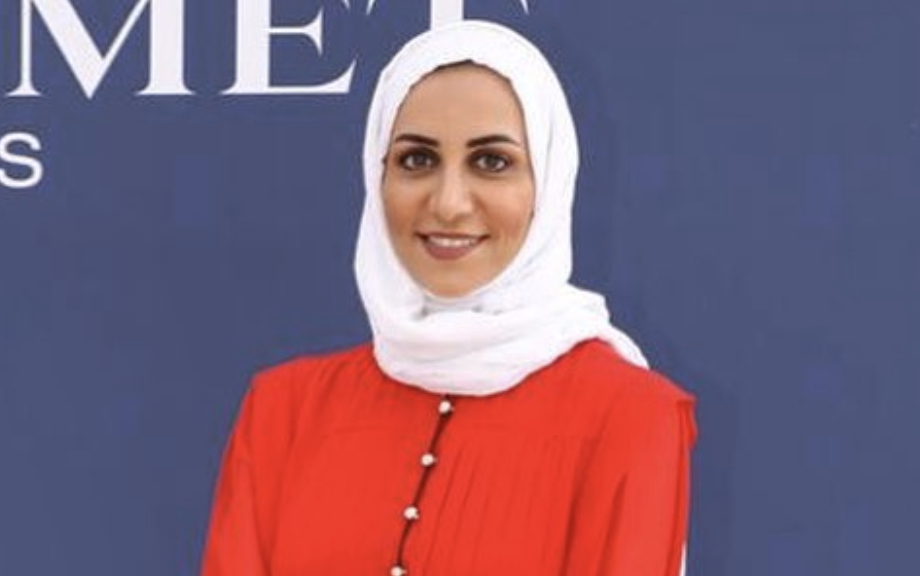 Hala has achieved many firsts in her career; in January 2009, she was the youngest candidate to be elected as a Board Member in the Emirates Business Women Council, and has since gone on to found one of the first luxury consultancies in the UAE, “Tea Before Noon.” She’s now also an advisor for UAE-based site, TheInfluencer.com. She’s fearless, ambitious, and successful!

We cannot wait to see what these incredible women, and other women in the region, go on to do next.