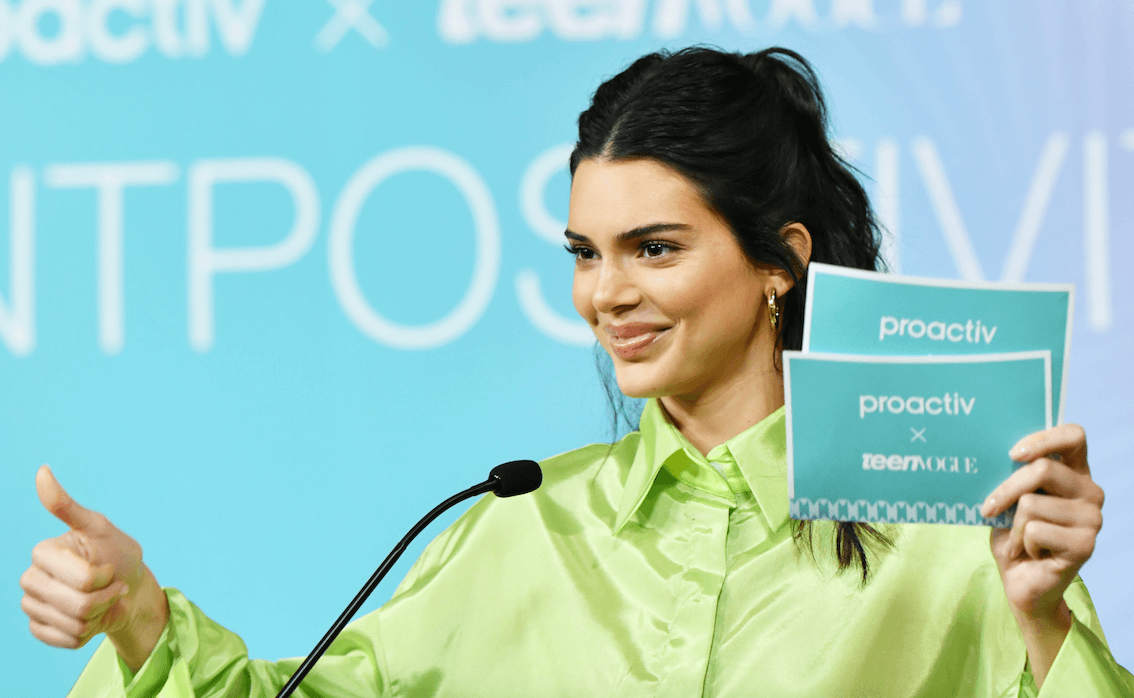 You may not think that Kendall Jenner, P Diddy, and Justin Bieber have that much in common, other than the fact that they’re famous, but they actually share the same skincare regime: they all use Proactiv products.

While we realize that some of the celebs championing Proactiv do so due to paid partnerships, even after their sponsorships, many of them still talk about how Proactiv changed their skin. But really, you only have to check the inkey list to know the products are legit – they boast a whole array of acne-fighting ingredients. Here’s the full lowdown on the Proactiv skincare line and how it can help your skin bring it’s A-game.

Proactiv launched in 1995 with a revolutionary three-step system to help calm and soothe acne-prone skin. Not only do the products soothe existing pimples, they also address the source of the problem by eliminating dead skin cell build-up while also lowering oil production. Since the original three-step system, the brand has formulated two additional lines, but more on those later!

Over the years, tons of celebs have revealed how it has helped them soothe their breakouts, from Bella Thorne to Kendall Jenner and Katy Perry. 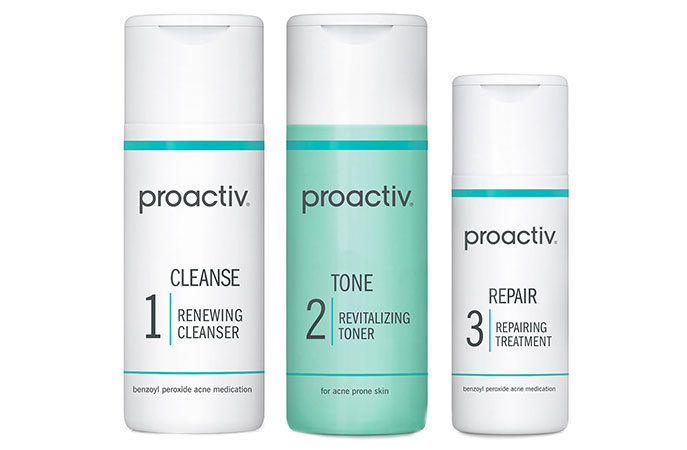 This Celeb Eyeshadow Hack Will Give You The Best Insta Pics

This Is The Drugstore Skincare Celebs Are Obsessed With

Finally, step three is a reparative treatment that also contains active ingredient benzoyl peroxide. As the combination of ingredients in the three-step system is very potent, they can also be quite drying, which is why we’d recommend following with a hydrating lightweight moisturizer. One of our all-time fave moisturizers is the Tatcha The Water Cream, $68, and it’s suitable for all skin types. For best results, you should use the Proactiv system every morning and night. When it comes to any skincare regime, consistency is key. 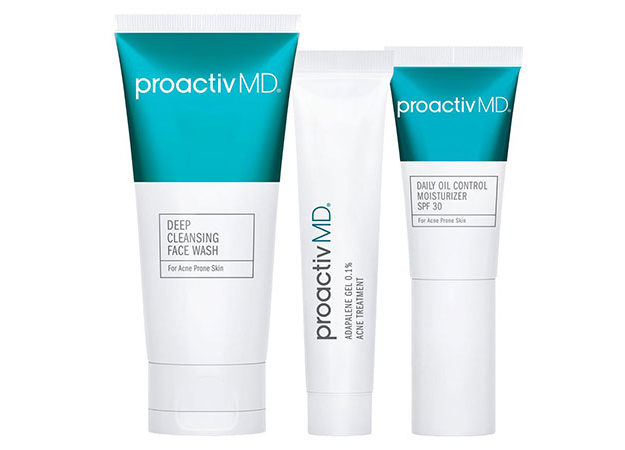 The most recent addition to the Proactiv family is ProactivMD, which utilizes the skincare powers of retinol to combat acne. It’s actually the first FDA-approved over-the-counter topical retinoid for acne.

The line includes a deep cleansing face wash that contains hydrating, antioxidant-rich Camilla extract, and aloe vera to soothe the skn. There’s also an oil-controlling moisturizer with SPF 30, which is especially important when you’re using retinol, as retinol increases your risk of sun damage.

Finally, there’s the hero product: the retinol adapalene 0.1% gel. The nighttime retinol treatment will help reduce oil production, thereby tightening your pores while also improving skin cell turnover, which reduces skin cell buildup and blockages that can cause breakouts. It’s important to note that you may also experience purging (when your skin reacts to new products) so make sure you read our purging guide here.

Katy Perry: Katy told Refinery 29 “Proactiv doesn’t pay me anymore – I have no relationship with them besides the fact that they’ve helped me so much,” she said. “When I was 23, I had really bad skin, I had spent thousands and thousands of dollars on dermatologists and lasers, and then I started using Proactiv and I still use it to this day. I don’t use the trio, just the Skin Smoothing Exfoliator – Step 1, $48, and the Revitalizing Toner, $25.”

Kendall Jenner: Kendall Jenner wrote on her Instagram “When my acne was at its worst, I was a high schooler who didn’t want to leave the house. Now I’m content with my skin. If you want to try Proactiv, you won’t regret it.” Kendall reportedly uses the ProactivMD line.

P Diddy: P Diddy was reportedly recommended Proactiv by his derm, to which he responded; “You want me to use, on my face, something from an infomercial?” However,  he has since claimed it helped him achieve “baby smooth skin,” joking that Katy Perry and Lindsey Lohan were late to the party.

Let us know if you’ve used Proactiv in the comments below, and if you found it effective.