5 New Snail Slime Products That Will Transform Your Skin 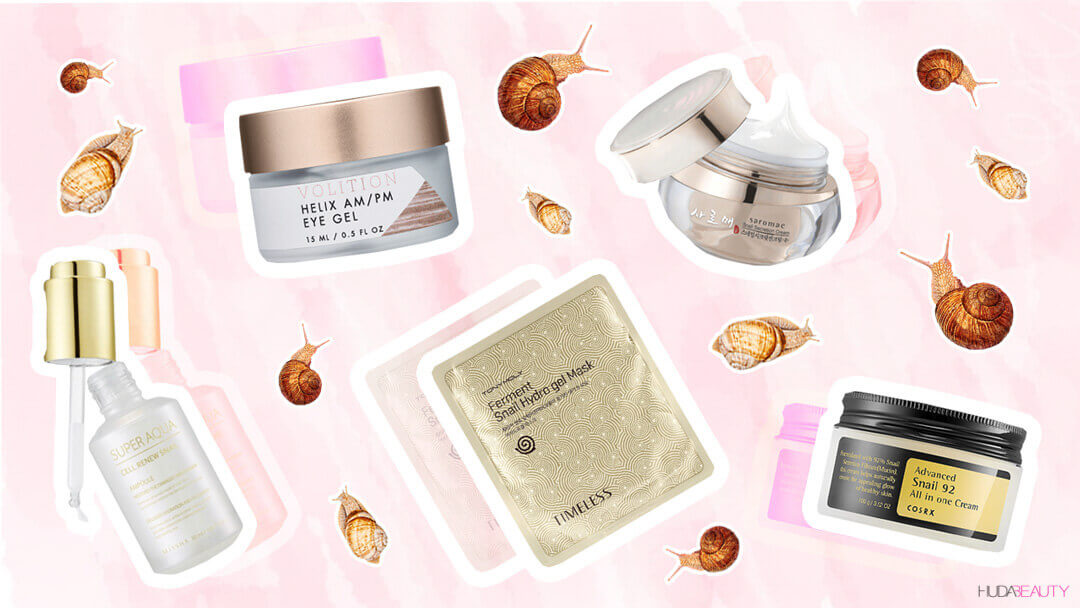 If your memory serves you well, you may recall that snail mucin — aka snail slime — hit the global skincare scene about three to five years ago. At the time, the zany K-Beauty ingredient made jaws drop, and many assumed it to be a short-lived trend that’d eventually fade away. That didn’t happen, though. These formulas featuring snail mucin are still being formulated today, and they’re getting better and better.

We’ll get to some of those fabulous new products in a second, but let’s first do a quick dive into this gooey puddle (#sorrynotsorry for that vision). Turns out, snail mucin has been used medicinally for centuries, which is a testament to its efficacy. Also, studies conducted as recently as 2013 and 2015 concluded that daily application of snail slime may result in a reduction of deep and fine lines.

Other studies have also found that snail mucin promotes wound healing, and that it helps stimulate collagen and elastin production, which are two substances our bodies make naturally but which dramatically decrease as we get older.

Snail slime is considered an active ingredient — like vitamin C, retinol, or alpha hydroxy acids — and is typically incorporated into serums and creams. Whether you’re a long-time slime slatherer or are open to trying your first mucin-doused product, consider trying some of the recently launched options below.

COSRX Advanced Snail 92 All In One Cream 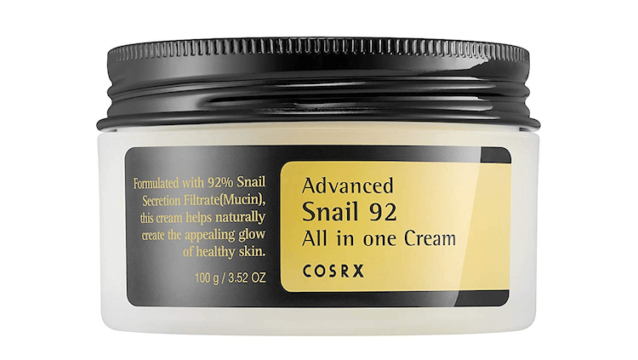 In mid 2018, K-Beauty brand COSRX launched their Advanced Snail 92 All In One Cream, $22, which is formulated with 92% snail mucin. It feels thick and sticky at first, but quickly melts into your skin to leave it super soft and hydrated. A tiny amount applied as the final step of your skincare routine can result in a noticeable improvement in just weeks.

Though it’s a little on the pricey end of the spectrum, SMD Cosmetics’ Saromae Snail Secretion Cream, $70, is arguably worth every last cent. It’s an exceptionally lightweight cream that feels slightly gooey, but sinks into your skin like a weightless cloud, leaving it impossibly soft and hydrated.

Everything You Need To Know About Pores 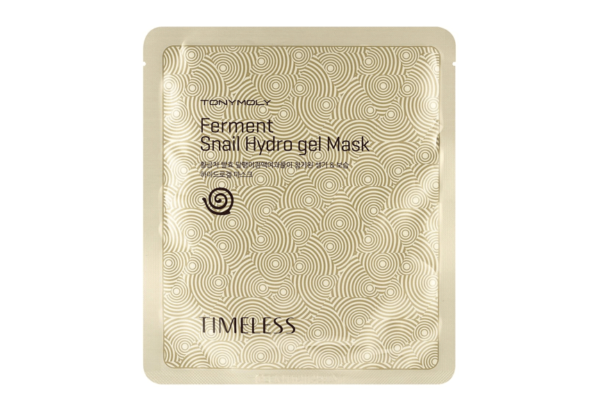 For a quick burst of snail slime that won’t cost you big bucks, consider Tony Moly’s Timeless Ferment Snail Hydrogel Mask, $8. It’s a hydrogel mask, which means the mask is a gel-like consistency instead of a papery one, and it’s formulated with a winning team of snail mucus, centella asiatica extract (cica), grapefruit extract, and gold tea ferment. Put on your fave TV show, sip on some tea or wine, and let the mask do its work for 30 minutes for healthy, happy, renewed skin. 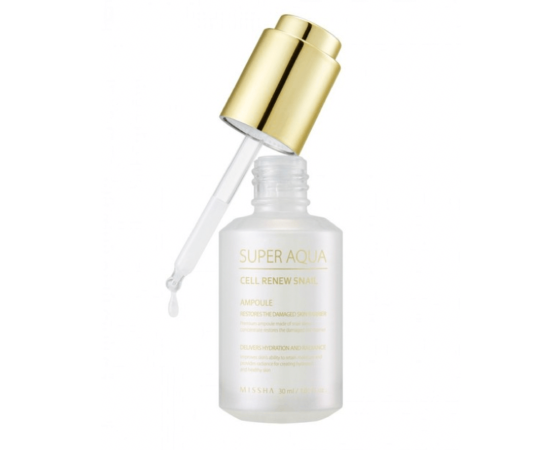 There’s a lot to get excited about as you read through the ingredient list on Missha’s Super Aqua Cell Renew Snail Ampoule, $45. For starters, it’s made with 65% snail slime extract to improve skin texture, clarity, and overall brightness. It also contains medical grade EGF (epidermal growth factor), which stimulates cell regeneration to combat and soften signs of aging. 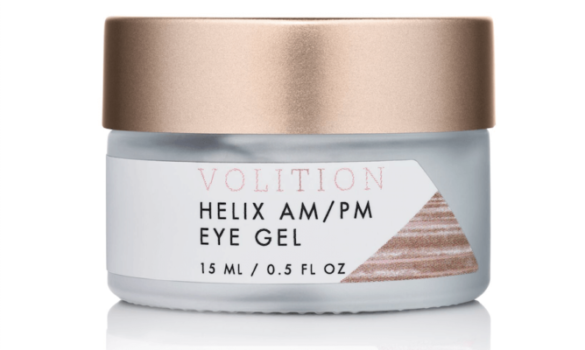 Yep — even non-Korean skincare bands have hopped aboard the snail slime wagon. In mid-2017, Volition Beauty debuted their Beauty Helix AM/PM Eye Gel, $52, which was met with enthusiastic applause. Its hero ingredient is snail mucin, and the formulation helps to depuff, hydrate, and blur the undereye area. It works beautifully under makeup or on bare skin before bed.

Have questions on snail slime? We’re here to help get your glow on! Ask us anything in the comments below, or feel free to share your experience with the ingredient.