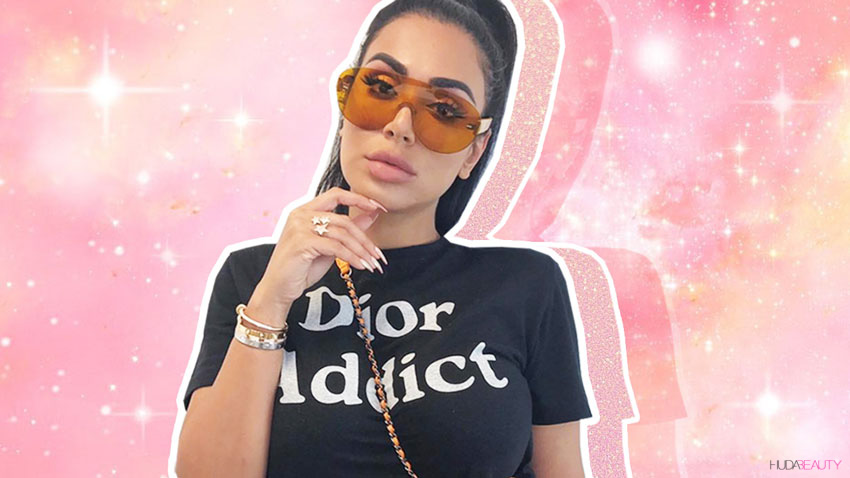 The decision to have a rhinoplasty, aka a nose job, is not something to be taken lightly. For me, even though I knew I wanted a nose job for years, I waited to find the right doctor – there’s not many people I trust near my face! And, at the end of the day, a nose job will permanently change your face, so you should know every single detail – knowledge is power guys, and this is 100% the case when it comes to cosmetic surgery.

Before I go into all the details, I just want to stress that the most important thing when it comes to any kind of cosmetic surgery, is to make sure you’re doing it for yourself. You should never feel pressured by anyone else or how other people look, it should be about how it makes you feel.

Below is me pre-nose job! I didn’t hate my nose at all, but when I became a blogger I just became so much more hyper-aware of everything.

What I really love about my nose job is that it’s subtle – honestly, my brother didn’t even know when I had it done at first! My doctor ended up removing my hump and shortening my nose just a fraction, and I love the natural result.

I had a closed rhinoplasty, check out the results:

So, to help you guys make the right decision and find out everything you should know about having a rhinoplasty, we got the full lowdown and ALL the insider details, which btw, aren’t always disclaimed! We got in touch with two world-renowned plastic surgeons; celebrity plastic surgeon Dr. Marc Mani, and the Middle East’s leading surgeon, Dr. Khan, for everything you need to know:

1. Do your research BEFORE you book your nose job

Dr. Khan explains, “When considering a nose job, you need to have clear expectations with both yourself and your surgeon, in terms of what you want to achieve and of course the results. This is why you should always check out the before and after pictures before choosing the right surgeon, and of course, do your due diligence when researching their qualifications and experience. Finally, always make sure you give yourself enough recovery time, as there will be some swelling and bruising as with any plastic surgery.”

2. There are two types of nose jobs

“Rhinoplasty surgery is very safe in the hands of an experienced plastic surgeon. There are two types of surgery: closed rhinoplasty [surgery], where no external incisions are made, and open rhinoplasty, which involves folding the skin of the nose in half (a bit like opening a garage door), although there are many other different methods of open rhinoplasty,” says Dr. Mani. He explains how the different processes affect the post-nose job recovery process:

“Most closed rhinoplasty patients can go back to work after one week, but full recovery depends on the type of surgery and the technique of your surgeon. Very gentle tissue handling and closed technique really help the nose look much more normal after the first week. There will be some swelling, which can increase a bit after the second week, but it’s usually not that noticeable for most patients. The splint or hard plastic cover on the nose comes off after seven days in most surgeons’ hands. There is bruising after a week in about a third of my patients, but many don’t have any bruising after that week and what remains can generally be covered with makeup. Because I do closed (scarless) rhinoplasty in all cases, the healing time is significantly reduced as there’s no external incision to heal.”

The results of a closed rhinoplasty procedure:

“Open rhinoplasty increases swelling and healing time and as a result recovery can take much longer. The swelling can remain for three to four months, although the vast majority will go in two to three weeks. Open rhinoplasty also increases the risk of tip necrosis (death of tissue and loss of the tip of the nose), which is virtually unheard of in closed rhinoplasty,” reports Dr. Mani. Open rhinoplasty is necessary for some cases (for example if the nostrils need to be reshaped), and the time for your nose to fully heal can take up to one year.

The results of an open rhinoplasty procedure (three weeks post-procedure):

So, although after one week you can get on with your daily activities without any obvious signs, in the first six months of many open rhinoplasty cases, the nose will swell and alter from day to day.

10 Things I Wish I Knew Before I Had Lip Fillers

The $6 Mascara Meghan Markle Is CRAZY About

What a lot of people don’t realize is that it can take over a year for your nose to fully heal. Yup, you read that right – one year. In fact, there’s a 10-15% chance that you may even need a revision rhinoplasty. In 2014 it was reported that 25% of people who had a rhinoplasty were unhappy and went for a revision surgery.

Having an expensive operation isn’t the only way to make changes to your nose. Depending on what you’d like to change, filler can be used to conceal a bump by injecting a dermal filler into the nose tip and (or) bridge. Dr. Mani tells us: “Filler is an alternative to invasive techniques in certain situations; it can be used to disguise a hump for example. However, filler is temporary [six months]. I use it mostly for people who want to see what their result will look like in situations where a slight augmentation above or below a hump will disguise it. Nasal asymmetry (from a previous fracture) can be restored with a rhinoplasty.” Check out this post for more deets on fillers.

Nose Contouring Tricks For Every Type Of Nose!

Why I’m Obsessed With Thread Lifts

5. The procedure differs from patient to patient

“Expectations for the procedure as with any plastic surgery differ from patient to patient,” states Dr. Khan. “For a nose job, you can expect to be under the knife for a few hours, and the operation itself isn’t too painful. We find that patients generally do not need more than a simple Panadol after the operation but that depends on a person’s pain threshold.

You can also expect some swelling and some bruising around the eyes after surgery that’ll begin to improve after a few days. Your nose will be swollen for up to three months, and full results may not be fully visible for one year. One thing to highlight is that during the recovery period, some imperfections may become visible and therefore you should be prepared for that. It varies from surgeon to surgeon, but you can usually expect to keep your cast on anywhere from eight to 12 days. I personally keep it on for 10 days.”

Dr. Khan told us, “There are a number of herbal medications that can help with swelling, including arnica, pineapple, and various other herbal medications. The important thing is not to take any omega 3s, aspirin or any other drugs which could cause blood thinning, to ensure that there is no increased risk of bleeding after the operation. If there is an open rhinoplasty being done, then one needs to avoid having had a Roaccutane in the last 3 to 4 months as this will affect the wound healing of the scars. Normally, touching the nose is not a problem after two weeks post-surgery. For example, you can wear sunglasses after two weeks, but avoid things like contact sports for three months.”

7. Almost anyone can get a nose job

“Anyone can get a nose job that is over the age of 18 and is, of course, fit and healthy. As long as the patient does not have any major breathing issues, issues with polyps, allergic rhinitis, or are taking certain drugs at which time the operation may be contraindicated. This can only be clarified after a discussion with your surgeon,” says Dr. Khan.

Have you guys ever had a nose job or have you thought about getting one? Let us know in the comments below.