Powerful Affirmations Celebs Practice (& You Should Too)

At HB HQ, we have a deep respect for the importance and practice of self-love. That said, sometimes it’s easier said than done. In reality, there’s no quick fix or fast-track ticket to self-love, it’s an inside job that takes practice and constant reminders, which is why we believe in the power of daily affirmations. If you’ve heard of the wellness buzzword but struggled to understand what daily affirmations really involve, they’re positive phrases or statements that when repeated daily can help dispel negative thoughts and boost confidence and self-worth.

If you love the sound of this but need some inspo, we’ve rounded up some top notch affirmations from some of our fave empowering women. These women literally exude confidence and positive energy, and once you hear their daily affirmations, you’ll understand why.

1. Lizzo Speaks Life to Her Body 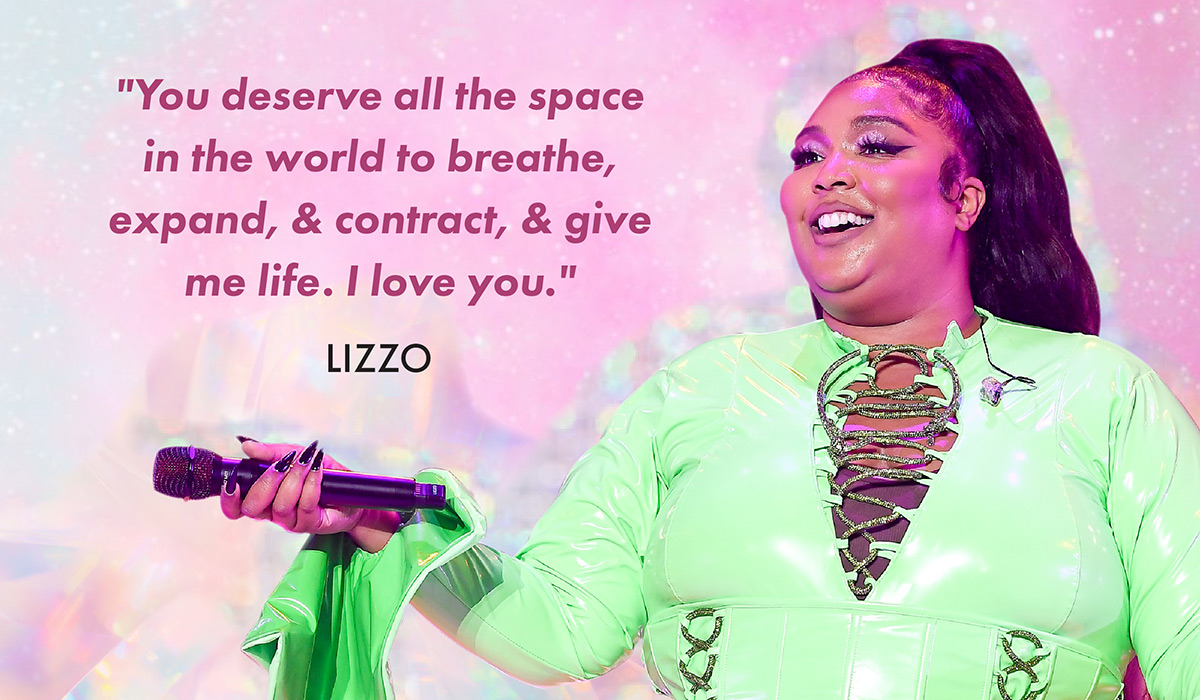 Lizzo’s #GirlPower anthems are basically synonymous with self-love, body positivity, and female empowerment. The best part? Nothing changes when she’s off-stage, which is why she’s shared an intimate peek at one of the self-care rituals she practices at home.

“I started talking to my belly this year,” she captioned the video of her singing self-care messages to her stomach in front of a mirror. There’s tremendous power in speaking words of life and love to your body – your body literally soaks in the compliments before radiating positivity and healing from within.

2. Ashley Graham Reminds Herself Every Day 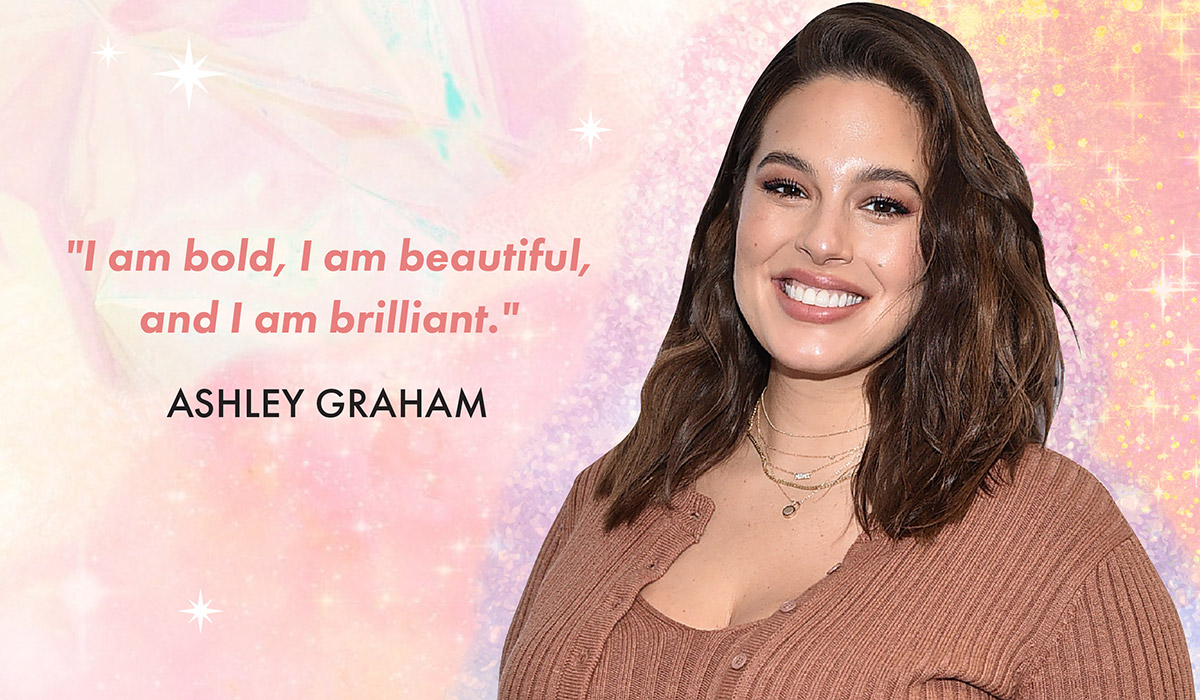 In a size-zero-dominated industry, Ashley Graham paved the path for more diverse body shapes on the catwalk, in campaigns, and all over social media. A powerful advocate for body positivity, she was one of the first, as she refers to it “curvasexilicious” models to break the fashion and beauty space – a power move indeed.

But like us, Ashley doesn’t deny having her share of bad days, but her affirmations carry her through. When in conversation with Glamour, she says, “there used to be a time when I couldn’t say “I love you” to myself in the mirror, so I began telling myself the affirmations ‘I am bold, I am brilliant, I am beautiful.’ I still say them.”

3. Jennifer Lopez Affirms Her Worth 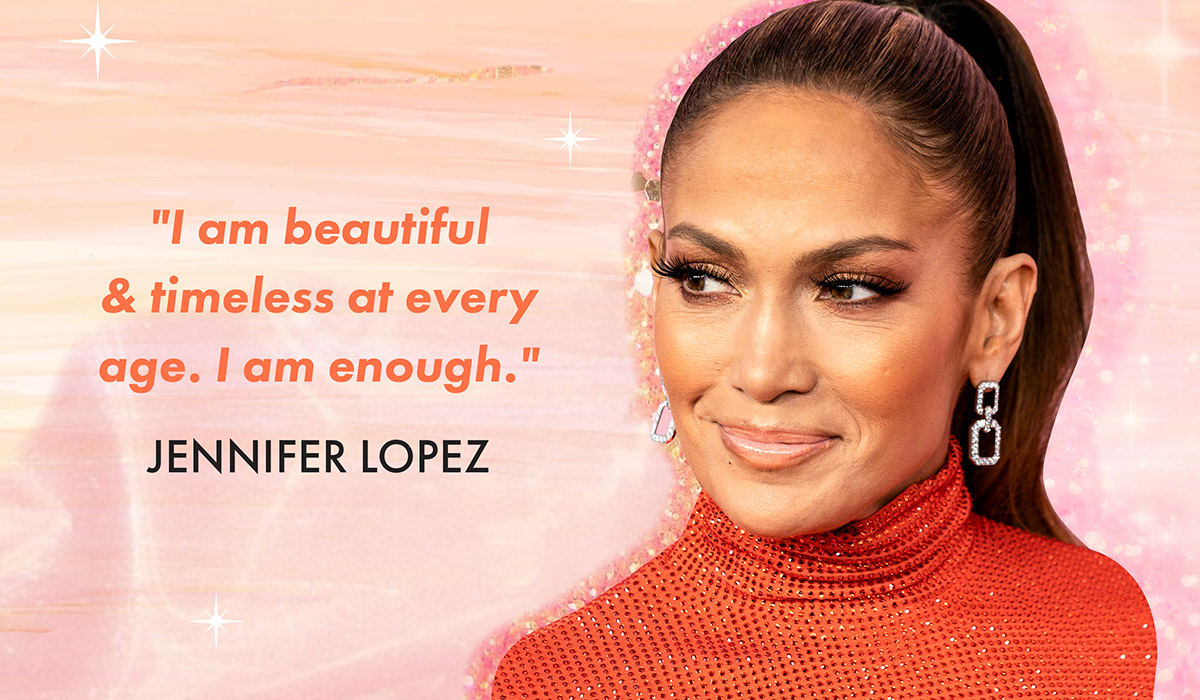 There’s no denying that J Lo is a force to be reckoned with. Whether she’s dropping movies, music, or skincare, she does it with grit, determination, and one hell of a glow, so needless to say, we’ll soak up her advice anytime. When speaking with Oprah at the Vision Tour Visionaries, she says, “I have so many affirmations that I do. Your thoughts create your life, so you have to think positive thoughts.” #Facts!

We totally agree, boo – studies show that there’s enormtous power in saying joyful things out loud. The feeling instantly kickstarts your body into action before radiating a glow that no amount of expensive serums can fake. 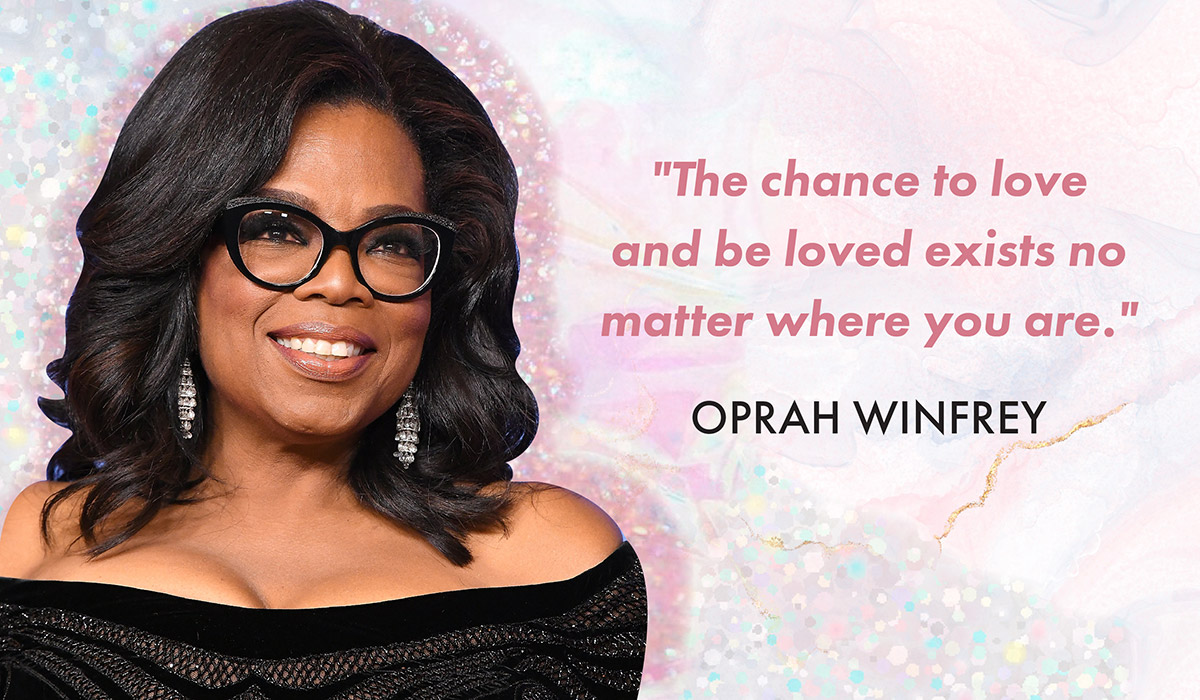 Oprah Winfrey is a straight-up trailerblazer. Period. As the first Black female host of a national daily talk show, plus the first female AND self-made billionaire, she’s an indisputable icon. If you’ve watched her interviews (if not, pause your Netflix binge RN!) you’ll know her warm personality shines through every word spoken. And it’s the same case for the words she writes – Oprah’s authored six books so far, and each of them deserves a spot on your shelf.

We picked this quote from O, the Oprah Magazine, because it’s undoubtedly the reminder we need on those days. No matter your circumstances, remind yourself that you are worthy to love and be loved.

Empowering Stories: Christina Abiola On How She Became The Representation She Wanted To See 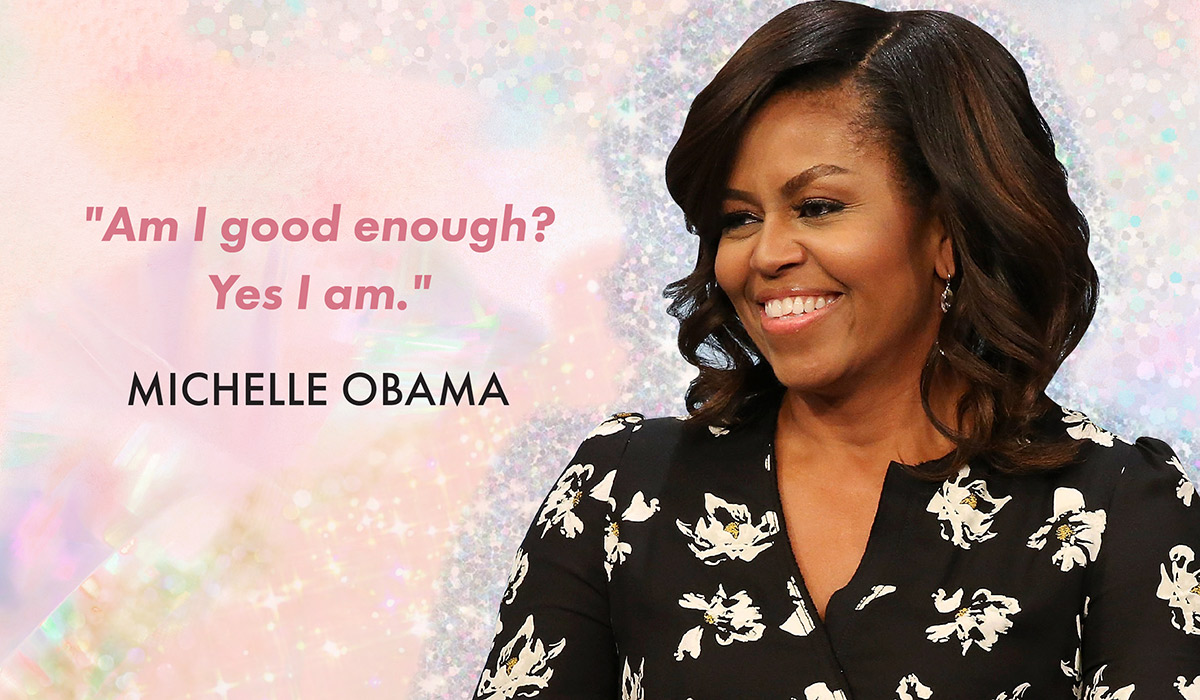 Lawyer, writer, and former First Lady, Michelle Obama is a fierce advocate for women all over the world. Side note: if you haven’t watched her Netflix show or read her best-selling book, Becoming, get on it STAT. She’s constantly gifting the world with important reminders to inspire and fuel confidence. Case in point: this affirmation, which she shared on Twitter – it reads, “Am I good enough? Yes, I am. The mantra I practice daily.” She goes on to congratulate Gymnast Simon Biles for winning the silver medal for the US team – a snippet that shows that nothing is greater than women supporting women.

6. Look To Maya Angelou For Hope 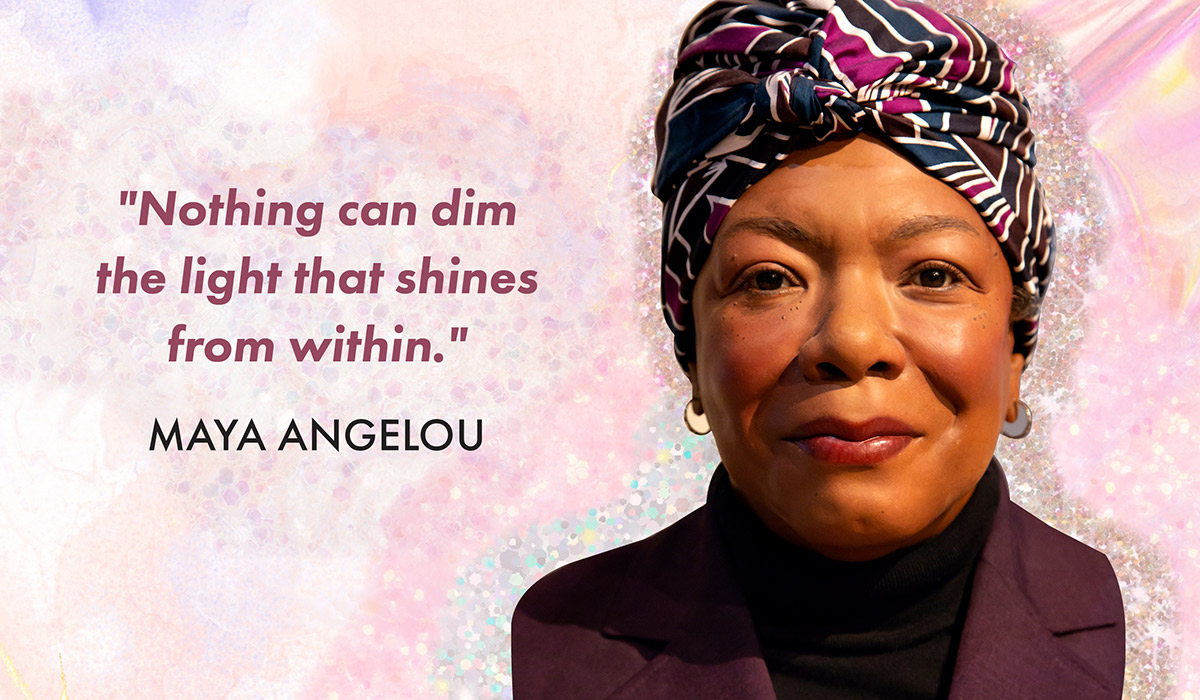 As a poet, civil rights activist, and award-winning author, Maya Angelou is no stranger to the power of words. In fact, her words, progressive views, and heart-moving poetry remain as poignant on the day they were written as they are on this present day. A prime example? Her daily affirmation: “Nothing can dim the light that shines from within.” 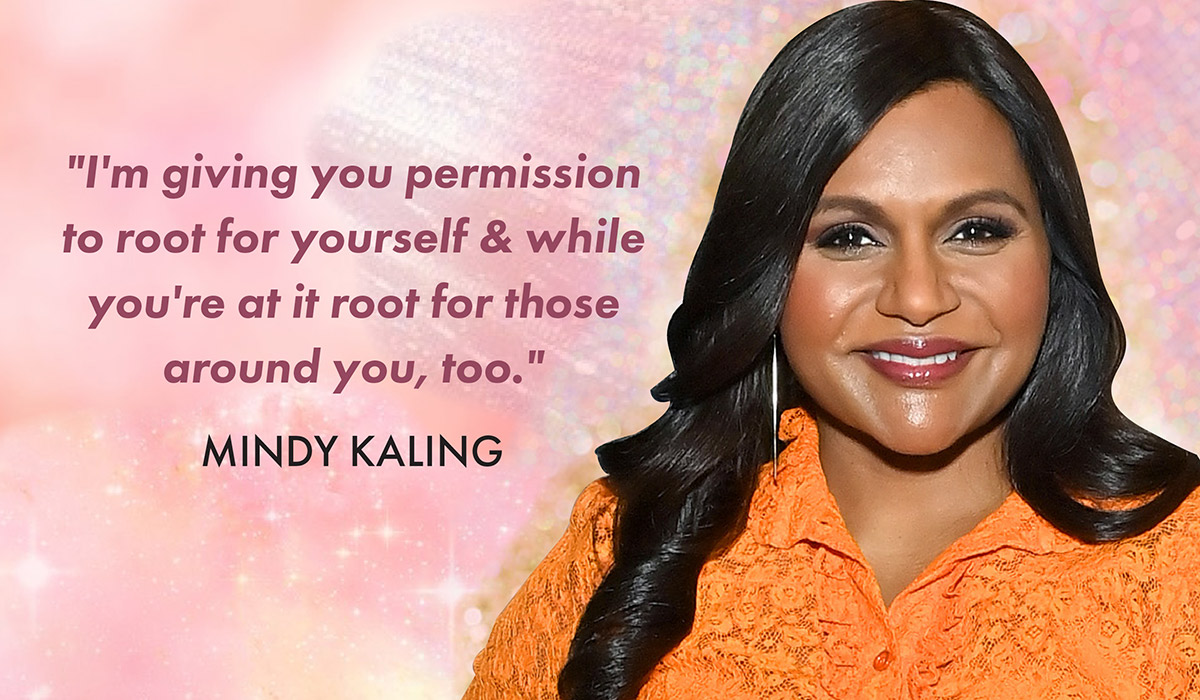 You may know her as the star of The Mindy Show, but her list of skills expands to screenwriting, product creation, directing, and being an accomplished author. Constantly redefining what it is to be an Indian woman in Hollywood, Mindy Kaling has been nominated for a Primetime Emmy Award for Outstanding Writing in a Comedy Series and five times for Outstanding Comedy Series.

When asked to deliver the commencement speech at her former college in 2018, she speaks of cultivating a greater belief in yourself. “Don’t let the world make you feel like there’s only one spot at the table or that you can’t root for other women if you want it for yourself.” A woman after our own heart. 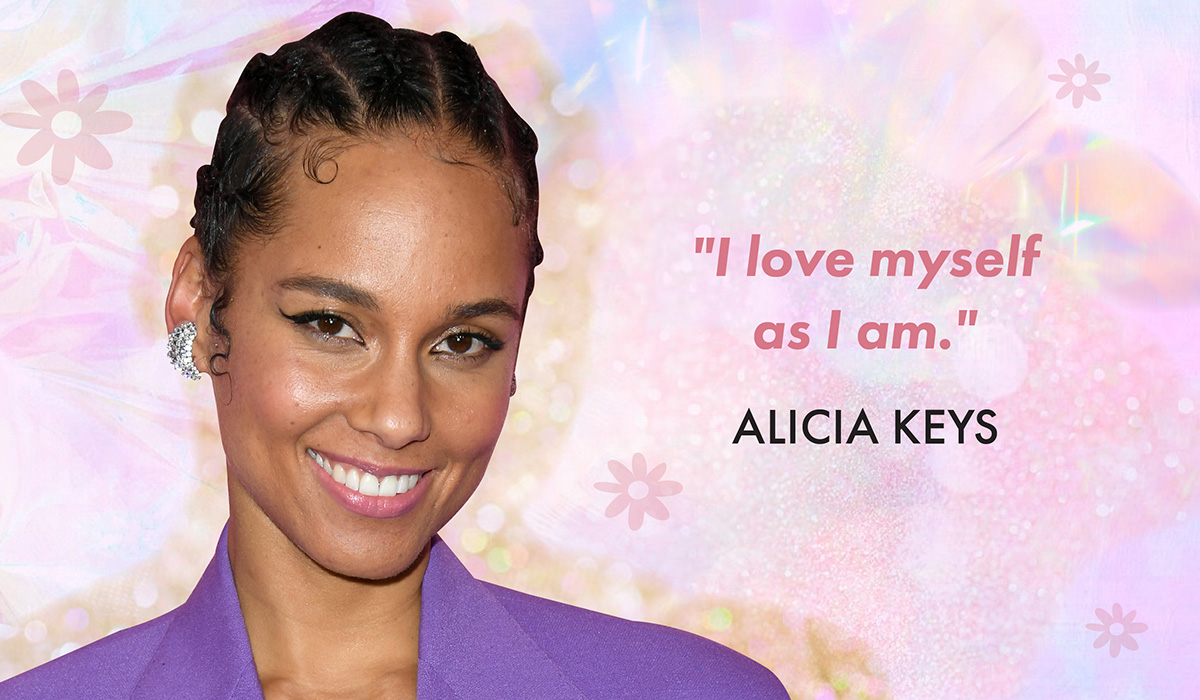 Alicia Keys is always about those #GoodVibes. A major believer in the connection between skin and soul, she uses her daily rituals like lighting candles and doing her skincare to set her daily intentions. So, take a leaf out of Alicia’s handbook and speak words of love to your body as you pat in your serums and lotions. It elevates your self-care routine to new heights, trust us!

What are your fave affirmations? Let us know in the comments below.