10 Celebs Who Are Real About Having Surgery And DGAF 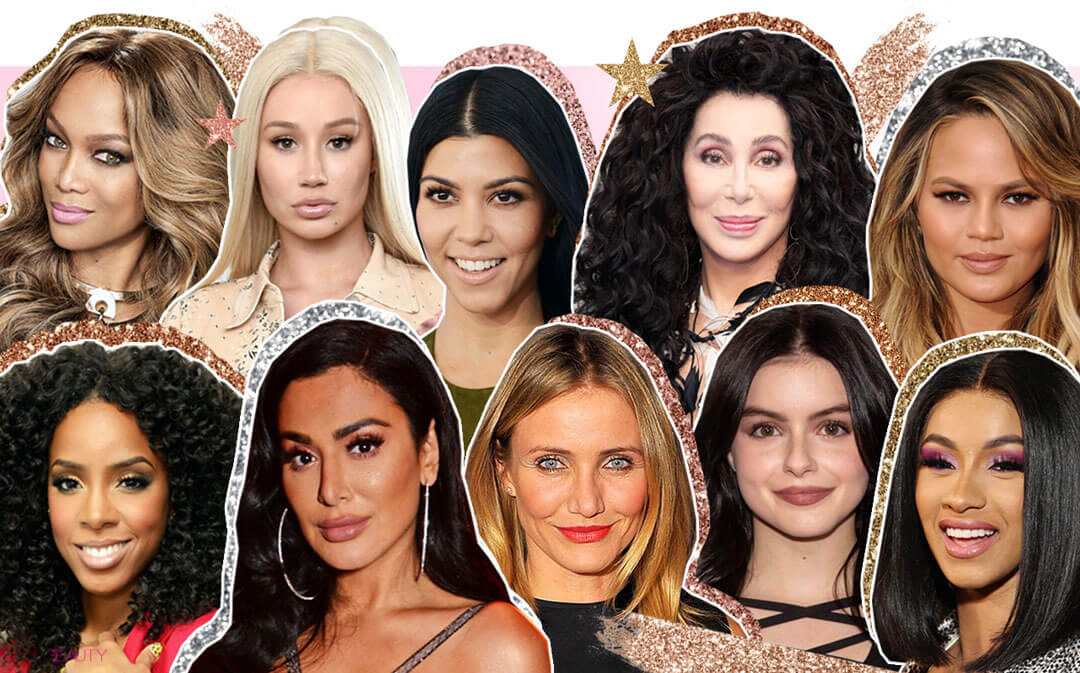 10 years ago the topic of plastic surgery was a serious taboo, and if you had gone under the knife, it was not a topic of discussion. Fast forward to 2019 and the stigma and secretive behavior surrounding plastic surgery has been well and truly canceled (YAY). And rightly so! As with all things, plastic surgery is a personal choice and if you feel like it will help you feel more confident, then we’re all for it.

With that said, as it’s a very permanent and often very expensive decision, you need to make sure you’re doing it for the right reason – that means doing it for you! If you’re toying with the idea of getting plastic surgery, take note of these 10 celebs who had plastic surgery and are happy to openly share their experience with all of us.

Chrissy Teigen is probably one of the most authentic, honest women on social media and we love her for it. She recently opened up to Byrdie about her experience with plastic surgery: “Everything about me is fake except my cheeks,” she says, pointing to her forehead, nose, and lips: “Fake, fake, fake.” She also admits to having liposuction in her armpit “I had my armpit sucked out. It added two inches of length to my arms.” Although she did also say that it’s “the dumbest thing I’ve done.”

Kelly Rowland told Shape, “I wanted to get breast implants when I was 18, but my mom and Beyoncé’s mom told me to really think about it first. I took their advice and waited for 10 years. Once I felt ready, I tried on padded bras and walked around in them to see how it would feel. You have to know what you’re getting, no matter what type of surgery it is.” So ladies, learn from Kelly and take your time: this is a big decision that shouldn’t be rushed.

Cardi B has spoken out a number of times about her plastic surgery. Once when she was performing, she said “I shouldn’t really be performing. I should’ve canceled today because moving too much is gonna f*ck up my lipo.”

Another time an internet troll weighed in on Cardi’s decision to get liposuction after the birth of her daughter, Kulture. The rapper defended her decision, “Listen, I do whatever I want to do with my body,” she said. “Like, my job as an entertainer is a 24-hour job, bro. So no, I don’t have time to work out and I wanted specific things that I know that no matter how much I work out ― is not gonna get fixed.” While another fan mocked her boob job and she replied: “I TRUELY LOOOOVEEE MY BOOBS SINCE I Bought THEM… My first expensive purchase.” We really love her honesty!

Cameron Diaz discussed all things beauty and body confidence in her book The Body Book. Due to multiple surfing accidents, Cameron needed surgery, and in an interview with GQ, she said “One side of my nose is totally shattered – my septum is basically like a train derailed,” Adding. “I’m getting it fixed. I can’t take it. I can’t breathe at all.” She has reportedly broken her nose four times (ouch) and so decided to have surgery.

Our beauty bawse has always been open about her experience with plastic surgery and has shared her experiences so that others can learn from her. She recently told the Independent “I did my nose and my boobs together, when we launched the brand because I had breastfed and felt ashamed to show them to my husband,” she said. “I was scared when I went to do it, but I’m really happy [with the results]. I know a lot of celebrities deny they’ve had work but I don’t understand why you would lie.” To learn from Huda’s experiences check out 7 things she wants you to know before you get a nose job, and 10 Things I Wish I Knew Before I had Lip Filler.

Tyra Banks often discusses the topic of body positivity and isn’t hesitant to admit she’s had work done; “I admit it! Fake hair and I did my nose. I feel I have a responsibility, to tell the truth.” Adding: “Fix it or flaunt it – I think women should be able to do both. There is a boundary line, either you’re super natural or you live at the plastic surgeon. It’s okay to hop back and forth over that line. You want a hair weave? Fine. You want permanent eyebrows? Fine. We as women need to stop judging.” We couldn’t agree more.

7 Celebs Who Were Real About Their Skin

5 Celebs With Stretch Marks Who DGAF

In an issue of Seventeen, Iggy opened up about her nose job and shared a poignant message: “I’m not denying it, denying it is lame,” she said. “Plastic surgery is an emotional journey,” she continued, “It’s no easy feat to live with your flaws and accept yourself — and it’s no easy feat to change yourself. Either way you look at it, it’s a tough journey. There are things that I didn’t like about myself that I changed through surgery. There are other things I dislike but I’ve learned to accept.”

She’s also revealed that she has had a boob job, telling Vogue “Four months ago, I got bigger boobs!” She did say that she wasn’t sure whether to be open about her surgery as she didn’t want to influence her younger fans but insisted: “I decided I wasn’t into secret-keeping.”

Ariel Winter has often discussed her struggle with her breast size, which led her to have breast reduction surgery. In an interview, she explains to Glamour “I was 15 years old with [size] F [breasts]. It’s like, how do you navigate that?’ It started to hurt so bad that I couldn’t take the pain.” In the end, she went from a 32F to a 34D “I got it for myself. I can’t even really put it into words about how amazing it feels to really feel right.” To find out all the deets on breast reduction surgery, check out this post.

The topic of the Kardashians and surgery is all over the internet, have they or haven’t they? Well, eldest sister Kourtney openly said: “I have had breast implants, but it’s so funny ’cause it’s not a secret, I couldn’t care less.” If you’re considering a boob job, check out this post on everything you need to know before you get a boob job.

Cher literally DGAF who knows about her multiple surgeries, once commenting  “It makes me happy. And you know, if I want to put my tits on my back, they’re mine to do so.” Word.

For more inspiring reads, check out these celebs who were real about their skin issues.