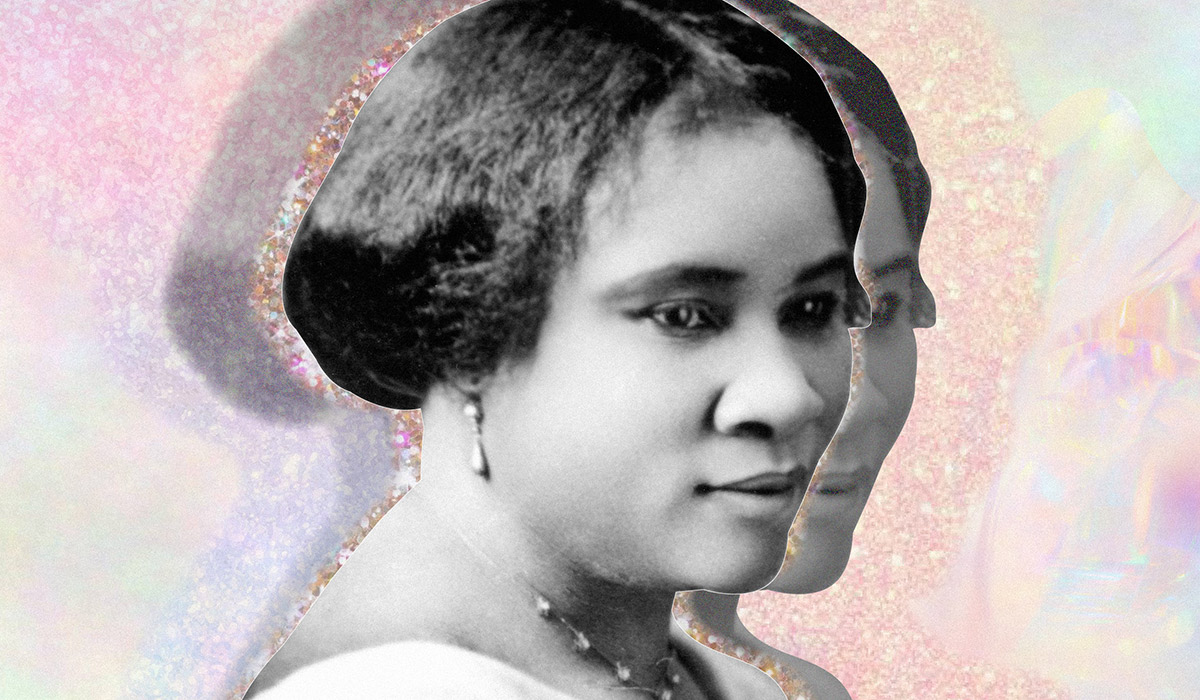 Real talk: without these women, your beauty routine and daily life would not be the same. These five incredible black women are truly inspirational, not just because of what they created but because they did so while facing gender and racial prejudice.  Yup, every time your curl your hair or comb through your tangled locks, you should be thanking these groundbreaking female inventors.

When we think of groundbreaking women, Madam C. J. Walker (born Sarah Breedlove Walker) ALWAYS jumps to the forefront of our minds. If you haven’t heard her story, we recommend you check out the inspirational Netflix miniseries, Self Made: Inspired by the life of Madame C. J. Walker. Stat. But for now, we’ll give you a brief DL…

While working as a laundress and supporting her daughter, she suffered from a hair disorder that caused hair loss. After struggling to find a product or formula specifically designed for her hair texture, she decided to create her own product line catering to the needs of Black hair. The pioneering businesswoman then went on to promote, sell, and later trademark her hair products, and due to their huge success, she became the first female millionaire in America.

There is so much to learn from Madam C. J. Walker’s story, but perhaps the most inspiring is that she prevailed despite numerous setbacks and barely any support. She knew what her community wanted and needed, and she delivered. We love that once she found success, she uplifted other women in her community so they too could succeed and gain economic freedom — a true inspiration for any female creators or businesswomen out there.

Hairdresser, innovator, women’s rights activist, and all-around female boss, Lyda Newman is the powerhouse behind the new and improved model of the bristle brush we still use today, which she created at just 13! The patent stated it was designed “to provide a new and improved hairbrush which is simple and durable in construction, very effective when in use, and arranged to permit of conveniently cleaning the brush whenever desired.”

Lyda wasn’t satisfied with what she was using, so she decided to create her own hairbrush! She ensured that the brush had evenly separated bristles so you could gently comb through knots and also added slots to keep hair neatly contained and a detachable compartment for quick and easy cleaning. In fact, the artificial bristles Lyda used are almost the same as the plastic bristles we use today.

While Lyda’s story is lesser-known, we know that just like Madame C. J. Walker, she did a lot for her community. Not only did she help other Black women join the suffragist movement, but she also organized meetings in her voting district.

If you curl your hair regularly, say thank you to hairdresser Theora Stephens. Theora is the woman behind the more-efficient pressing and curling iron designed in the early 80s, which inspired the same irons we use today.

According to the Smithsonian Institute, Marjorie said, “It all came to me in the kitchen when I was making a pot roast one day, looking at these long, thin rods that held the pot roast together and heated it up from the inside. I figured you could use them like hair rollers, then heat them up to cook a permanent curl into the hair.” #genius

Majorie filed for the patent in 1928, stating, “The object of the invention is the construction of a simple and the efficient machine that will wave the hair of both white and colored women.” She never received payment for her creation. Although, this never stopped Marjorie from giving back and finding new ways to contribute to her community.

Later, in 1945, she co-founded both the United Beauty School Owners and Teachers Association and the Alpha Chi Pi Omega Sorority and Fraternity, which aimed to improve industry standards for beauty professionals, and this same sorority still exists! She also drafted some of the first cosmetology laws with political activist Mary Bethune in 1954.

Mary Beatrice Davidson Kenner was practically born an inventor and started coming up with clever ideas since childhood. Not only did she create one game-changing product in her life, but she received five patents for her ideas during her lifetime, despite enduring racial prejudice continuously.

Her designs varied from a new and improved toilet paper holder to a back scrubber that attached to your wall for an improved shower experience. However, it was her first patent for a menstrual belt in 1957 that we’re shouting out today. Most menstruators at this point used rags. However, Kenner created an adjustable belt with a built-in, moisture-proof napkin pocket, making it less likely that menstrual blood could leak and stain clothes. Yes, thank Mary for inspiring the improved design of a sanitary towel. Honestly, as menstruators ourselves, we want to give a BIG shout-out to Mary on this one.

To learn and be inspired by more incredible women, check out 10 women breaking down toxic beauty standards.